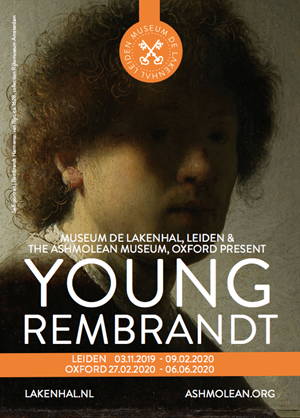 In today’s news there have been reports of a possible newly discovered work by Rembrandt. Unfortunately, these reports are somewhat premature. Museum De Lakenhal explains the matter.

In today’s news there have been reports of a possible newly discovered work by Rembrandt. Unfortunately, these reports are somewhat premature. Museum De Lakenhal  explains the matter.

The oeuvre of Rembrandt Harmenszoon van Rijn has always been rather fluid. Various attributions were made to paintings at different times, and these were frequently complicated by the fact that Rembrandt worked very closely with painters in his immediate environment, such as Jan Lievens and Gerrit Dou. The quest alone, for a new discovery, reads like an exciting adventure story, and that appeals to the imagination of many people. The preparations for the ‘Young Rembrandt’ exhibition, which will be on display from 3 November 2019 in the completely renovated Museum De Lakenhal, were preceded by years of intensive research into art history. The debate concerning attributions and new discoveries forms a special element of that research. The results of it will eventually be shared with the public at the opening of the exhibition. At present, Museum De Lakenhal has no news that it is prepared to make public. We will therefore make no further announcements about the ongoing research on art history. We can say, however, that the ardently desired discovery of the fifth sense in the series of Rembrandt’s earliest works - of which Museum De Lakenhal has owned the ‘Spectacles Pedlar’ since 2012 - remains to take place.

Rembrandt in Museum De Lakenhal
Museum De Lakenhal is currently closed due to extensive restoration of the 17th-century building and the addition of a new exhibition wing. Following the celebratory reopening of Museum De Lakenhal in late spring 2019, the emphasis in the permanent display will be on Rembrandt & The Dutch Golden Age. In addition, as from 3 November 2019 the museum will present its major, exclusive exhibition Young Rembrandt. 1624-1634, in which Rembrandt’s earliest work takes the centre stage. A unique collection of works from the first ten years of his career as an artist is being assembled in Leiden, the town where he took the first, crucial steps of his career. Never before has such a complete presentation about this unique Dutch master’s earliest work been organised. The exhibition’s unique character is expressed in a remarkable selection of loans from the Netherlands and abroad, with new insights into the social, cultural and artistic context in which Rembrandt began his career. The public looks, as it were, over the shoulder of the young painter as he works and witnesses the blossoming of his talent. Works that the now famous master created in Leiden are returning to his birthplace after nearly 400 years. The exhibition encompasses over 40 paintings, 120 etchings and 20 drawings. As well as Rembrandt’s work, there are works by (among others) his contemporaries Jan Lievens and Pieter Lastman, and his teacher Jacob van Swanenburg. After being exhibited in Leiden, the exhibition will be presented at the Ashmolean Museum in Oxford in 2020. 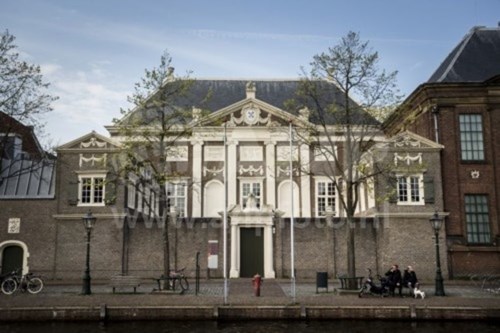 The Year of Rembrandt and the Dutch Golden Age
In 2019, the 350th anniversary of his death, Rembrandt’s immortality will be celebrated throughout the Netherlands. Rembrandt’s life and work continue to fascinate the world. Every generation has its favourite ‘Rembrandt’, researches his paintings, and discovers new details and stories. The 350th anniversary of Rembrandt’s death in 2019 is an occasion to draw attention to Rembrandt as an artist, as a person and as a source of inspiration. The Rembrandthuis, the Mauritshuis, the Fries Museum, Museum De Lakenhal and the Rijksmuseum will all honour Rembrandt with major exhibitions. Other museums and locations throughout the Netherlands will also give predominance to the Dutch Golden Age of Rembrandt and his contemporaries.