One of a Kind Victorian Ceramic Crab at Risk of Export 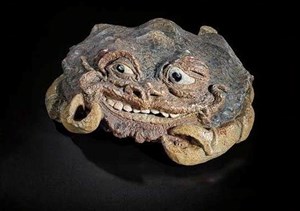 Arts Minister, Rebecca Pow has placed an export bar on one of the earliest pieces of sculptural art pottery in the country in a bid to keep it in the UK. The work, a large anthropomorphic crab made by Robert Wallace Martin and his brothers, is at risk of being lost abroad unless a buyer can be found to match the £217,250 + VAT of £43,450 asking price.

Image: The large anthropomorphic crab is valued at £217,250 and is the earliest large sculpture by the brothers

Arts Minister, Rebecca Pow has placed an export bar on one of the earliest pieces of sculptural art pottery in the country in a bid to keep it in the UK.

The work, a large anthropomorphic crab made by Robert Wallace Martin and his brothers, is at risk of being lost abroad unless a buyer can be found to match the £217,250 + VAT of £43,450 asking price. 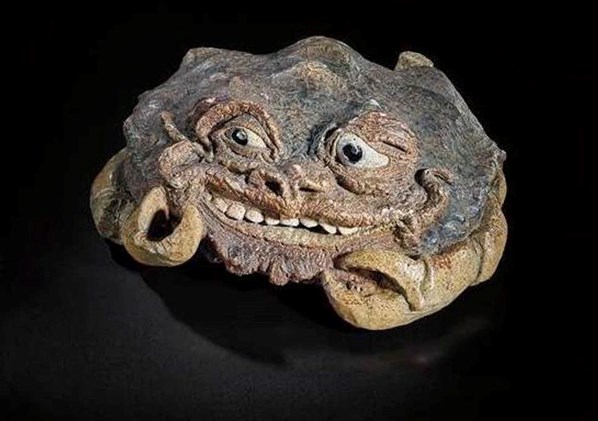 The large anthropomorphic crab is valued at £217,250 and is the earliest large sculpture by the brothers

The Martin Brothers were independent pottery manufacturers in London in the late nineteenth and early twentieth century who produced a distinct type of ceramic sculpture and pottery inspired by gothic art and the natural world.

The brothers were among the earliest British art potters and developed a unique influential style. Their methods of working were unique in the 19th century and a precursor to the studio pottery movement of the 20th century.

The salt-glazed stoneware crab was made in 1880. It is a striking example of Robert Wallace Martin’s grotesque sculpture, where he used his traditional training in new and unconventional ways. The crab is one of the earliest known pieces of sculptural Martinware and its recent sale broke the record price for one of their works.

The Martin Brothers are famous for creating unique and unusual works that are entertaining yet at the same time unsettling, which makes the crab with teeth such a whimsical and eclectic treasure. I hope that a buyer can be found so we can keep this work in this country to inspire future generations of potters.

Sir Hayden Phillips, the Chairman of the Reviewing Committee, said:

This idiosyncratic sculptural crab, large and grinning, by Robert Wallace Martin, was featured in the Pall Mall Gazette in 1890, ten years after its creation. It then disappeared only to resurface in 1980. The Committee considered it was of outstanding importance for the study of late-Victorian art pottery and the work of the Martin brothers.

A truly grotesque creature, it represents the pinnacle of their work, and we also concluded that it was of outstanding aesthetic importance reflecting the fact that this criterion does not necessarily imply that an object has to be beautiful to pass that test. This crab is of a quality and scale lacking in UK public collections and I hope one of them will come forward to give it a good home so it does not disappear again.

The Minister’s decision follows the advice of Reviewing Committee on the Export of Works of Art and Objects of Cultural Interest (RCEWA). The Committee noted that the crab was an extraordinary object that exemplified remarkable technical control of stoneware and was a major piece of Victorian art.

The RCEWA made its recommendation on the grounds of the crab’s outstanding aesthetic importance and its significant interest for the study of late Victorian art pottery, the work of the Martin Brothers and of Robert Wallace Martin in particular.

The decision on the export licence applications for the crab will be deferred until 16 September 2019. This may be extended until 16 December 2019 if a serious intention to raise funds to purchase it is made at the recommended price of £217,250 plus VAT of £43,450.