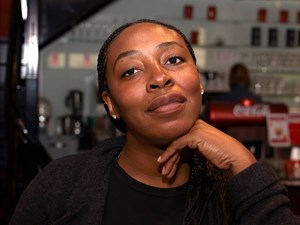 Revealed during a reception at The Conduit in London, the winner was announced by Tone Hansen, Director of the Henie Onstad Kunstsenter, in the presence of the artist, the award’s jury and invited guests.

Tone Hansen noted: “Otobong Nkanga is an artist of unshakeable integrity and vitality. The impact we have upon our environment and one another constitutes the essence of her work. She is a wonderful choice as inaugural artist for the Lise Wilhelmsen Art Award Programme, which celebrates the work of distinguished international artists, generating ongoing public engagement while encouraging conversations about the relevance and importance of contemporary art.” 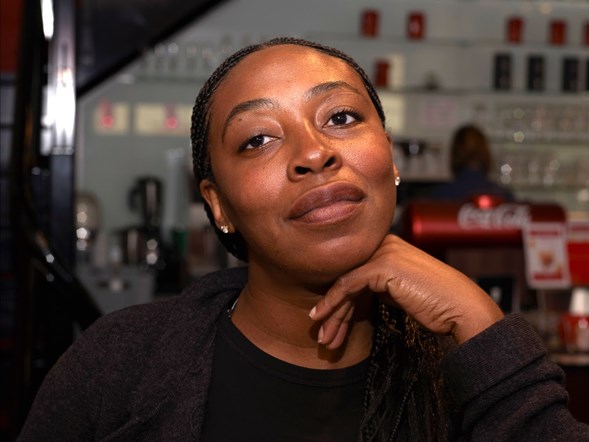 The Lise Wilhelmsen Art Award Programme presents 100,000 USD in prize money to a distinguished, mid-career artist whose work will inspire and motivate future generations to active participation and social responsibility. In addition to the prize, there is an acquisition budget for the inclusion of the artist’s work in the Henie Onstad Kunstsenter collection, and the winner will feature in a dedicated exhibition at the museum the following year. Presented every two years, the award, acquisition and exhibition are intended to mark a significant milestone in an artist's career and represent a financial commitment that places the programme among the most significant art awards internationally.

On winning the award, Otobong Nkanga said: “I am truly honoured to be the inaugural recipient of the Lise Wilhelmsen Art Award Programme and to exhibit next year in the Henie Onstad Kunstsenter. The award will enable me to work further on developing ideas, pursue dreams and have the time to reflect on topics that are inspiring me.”

Nkanga’s multi-disciplinary practice, which spans tapestry, drawing, photography, installation, video and performance, connects threads that reveal the entanglements of bodies, land and natural resources. Her work reflects on the processes and consequences of the extraction of natural resources from ethical, human and material perspectives. She explores the transformation of natural substances, such as minerals, into desirable commodities as a commentary on the value placed on material culture, often at the expense of the environment.

Otobong Nkanga’s exhibition at the Henie Onstad Kunstsenter in Norway will take place in autumn 2020, as part of a two-year programme with the museum.

On the selection, the jury noted: “Otobong Nkanga was selected because her work and practice so poignantly and effectively address the contradictions inherent in humanity’s most celebrated characteristics: imagination, creativity and the ability to respond to and engage with the world around us. In the 21st century, humankind has gradually come to realise the immeasurable force and impact of its existence, not only on cultural, social and economic systems, but also on our planet. Nkanga brings a new perspective to these subjects while creating poetic paintings and sculptures of an extraordinary quality.”

The Lise Wilhelmsen Art Award Programme is a partnership between the Lise and Arne Wilhelmsen family and the Henie Onstad Kunstsenter. It was established in order to continue and honour Lise Wilhelmsen’s (1936–2019) commitment to the visual arts. The Wilhelmsen family seeks to promote extraordinary artists as well as inspire and motivate future generations to active participation and social responsibility. The family’s commitment with the Henie Onstad Kunstsenter is confirmed for the next 16 editions, spanning 32 years, with the intention of a further extension.

On the creation of the award, Paulina Rider Wilhelmsen noted: “It is important for us to create a programme that is in keeping with Lise Wilhelmsen's appreciation and support of mid-career artists with an international standing. There are many art prizes for young, up-and-coming artists today, but we want to recognise artists who have been working for some time. The award is based on Lise Wilhelmsen's wish for future generations to benefit from her many years of commitment to painting and sculpture.”