Phillips presents a group of works by Llewellyn Xavier 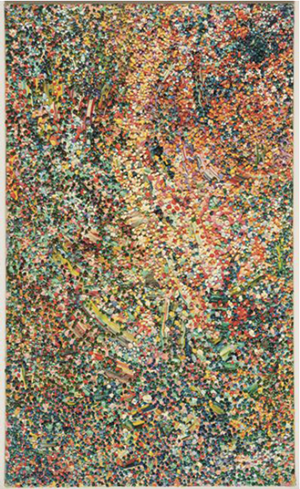 Phillips is proud to present in its New York gallery a group of works by Llewellyn Xavier, a renowned artist known for using brilliant colors to reflect the light and life of the Caribbean.

Phillips is proud to present in its New York gallery a group of works by Llewellyn Xavier, a renowned artist known for using brilliant colors to reflect the light and life of the Caribbean. The collection of works will be on view from January 14 - February 14, 2016.

His paintings are prized by international collectors in the United States, Canada and the Caribbean, and his work is represented in the permanent collections of the Smithsonian Institution, Washington DC, the Metropolitan Museum of Art, New York, The Museum of Modern Art, New York, and the Victoria and Albert Museum, London.

“Llewellyn is one of the greatest artists ever to emerge from the Caribbean and we are honored to be collaborating with him on this very exciting selling exhibition,” said Edward Dolman, Chief Executive Officer of Phillips. “He endures as a dynamic voice in the dialogue between the forces of globalization and localism, heightening the awareness of culture in all corners of the world.”

"The title of the exhibition, Blue Ocean Sanctuary, is born out of a visceral conviction that art serves a multiplicity of functions; philosophical as well as aesthetic,” said Llewellyn Xavier. “Like many of my contemporaries, I try to create art that frees us of all restraints to create a pure art that is both relevant and immediate. Phillips is unquestionably at the vanguard of the intellectual revolution that is now sweeping the art world. I am both humbled and privileged to be included in this august circle.”

Born in 1945 in Saint Lucia, the artist dedicates much of his effort to oil paintings using a technique he has refined for more than forty years. In his work, Xavier articulates his enduring passion for using art to express his view of the world. He perfected his technique at the School of the Museum of Fine Arts, Boston, and the Nova Scotia College of Art and Design in Halifax.

Xavier is St Lucia's pre-eminent visual artist. He has spent more than half his life travelling around the world to enrich his visual experience. From his early representational oil paintings through his work taking on racial and political themes in the 1960s and 1970s, to more abstract series of watercolors influenced by ancient myths, his work rejoices in the natural world. His work often reflects his love of the environmental landscape surrounding him through the use of color and light.

The artist lives and works with his characteristic copious energy on the island of St Lucia, supporting myriad political and environmental issues that he cares about deeply. In 2004, Xavier was made a member of the Order of the British Empire in recognition for his contribution to art.