Portrait by Lucas Cranach the Elder Returned to Its Rightful Owners 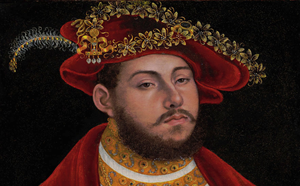 Missing for nearly 80 years Lucas Cranach the Elder’s Portrait of John Frederick I, Elector of Saxony will be offered at Christie’s.

Missing for nearly 80 years before its recent rediscovery in America, Lucas Cranach the Elder’s Portrait of John Frederick I, Elector of Saxony  will be offered in the Old Masters  auction on 19 April at Christie’s, which has facilitated the return of this important work to its rightful owners.

The painting was last publicly displayed in Rotterdam in 1938, when it was on loan to the Museum Boijmans from the renowned art collector Fritz Gutmann. Born in Berlin, Gutmann (1886-1944) was the son of the founder of the Dresdner Bank who went on to establish a private bank in Amsterdam after the First World War, settling with his family in a beautiful home named ‘Bosbeek’, 20 miles west of Amsterdam.

During the 1920s, Fritz Gutmann’s art collection grew considerably, incorporating a wide variety of works ranging from the early 15th to the late 19th century, from Memling to Degas. But one period appealed to him in particular, the German Renaissance, and most especially male portraits. Lucas Cranach the Elder’s portrait of John Fredrick I, called John Frederick the Magnanimous, arrived at ‘Bosbeek’ late in 1922.

As the peace of the 1920s gave way to the turbulence of the Thirties, Fritz Gutmann and his wife Louise insisted their children stay in the relative safety of Italy and England. ‘My grandfather and grandmother, Louise von Landau, might have escaped what was to come,’ reflects the author Simon Goodman. ‘However by 1940 they had run out of options.’

The Gutmann collection was a particular focus of interest for the Nazi high command and its agents. Following the occupation of The Netherlands in May 1940, the Gutmanns endured a prolonged period of house arrest, during which time Nazi agents gradually stripped ‘Bosbeek’ of all its possessions, with many works acquired for Hitler and Goering. Fritz and Louise were arrested in 1943 and died in the camps of Theresienstadt and Auschwitz, respectively, a year later. 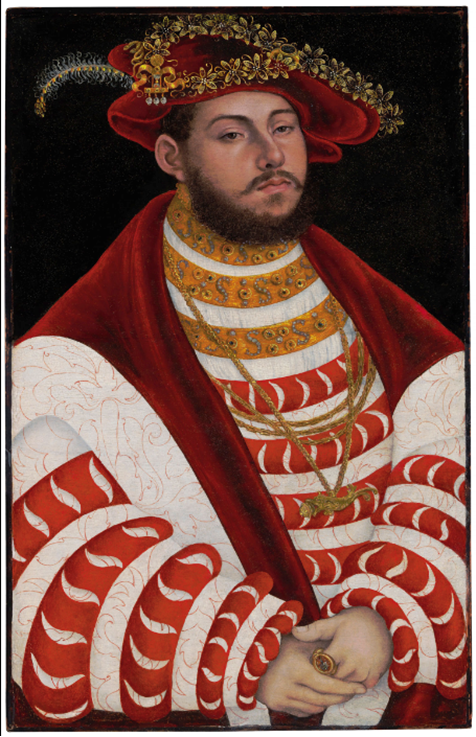 While the exact path of this painting after 1940 is unknown, the quest to trace and recover it has been taken on by two generations of the Gutmann family, beginning with Fritz Gutmann’s children, Bernard and Lily, and continued by their heirs, who liaised with restitution agencies after the Second World War and reported lost works to Interpol. More recently, the Cranach picture was reported as a war loss to the German Lost Art database and is listed on the Monuments Men Foundation’s list of most wanted works of art.

In 2015, Simon Goodman, Fritz Gutmann’s grandson, described the dispersal of his family’s collection, including this picture, in his acclaimed book The Orpheus Clock: The Search for My Family’s Art Treasures Stolen by the Nazis.

Following an approach by persons who had acquired the painting, and who acknowledged and addressed the losses suffered by the family at the hands of the Nazis, Christie’s facilitated a return to the Gutmann heirs. The return of the painting honours international initiatives to address the ongoing challenge of Holocaust-era assets.