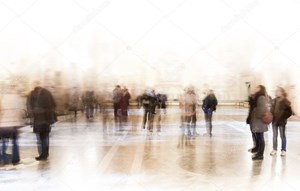 According to a report in Reuters, Portuguese art collector Joe Berardo, who was once one of the country’s richest men and showcased major works by Miró and Mondrian in his own museum, has been detained by the police on Tuesday in an investigation of money laundering and fraud.

According to a report in Reuters, Portuguese art collector Joe Berardo, who was once one of the country’s richest men and showcased major works by Miró and Mondrian in his own museum, has been detained by the police on Tuesday in an investigation of money laundering and fraud.

Berardo has been under scrutiny by authorities for years, suspected of committing crimes relating to nearly a billion euros of loans received from Portuguese banks.

The public prosecutors’ office and police said 76-year-old Berardo and one of his lawyers were detained on Tuesday as part of an investigation of loans granted by Portugal’s largest bank, the state-owned Caixa Geral de Depositos (CGD), to an economic group led by Berardo.

Berardo and his lawyer were not immediately available for comment. In May 2019, Berardo told a parliamentary committee that he had no debts in his name and that the loans he requested were for companies he was associated with.

The police said in a statement the group received 439 million euros ($522.81 million) in loans from CGD from 2006 to 2009. It allegedly “breached contracts (with CGD) and resorted to debt renegotiation and restructuring mechanisms in order to avoid amortisation”, it said.

The prosecutors’ office said CGD’s internal procedures for granting the loan as well as its subsequent restructuring and credit recovery process did not comply with “good banking practices and may constitute the practice of crime”. CGD declined to comment.

Public prosecutors said more than 50 searches for evidence were under way, including in private homes, banks and the lawyer’s office in Lisbon, Sesimbra and Funchal, a city on the archipelago of Madeira where Berardo is originally from.

The police said that in total Berardo had accumulated nearly a billion euros in debt to three Portuguese banks - CGD, Novo Banco and Millennium BCP, which filed a joint lawsuit in 2019 in an attempt to recover the debts.

The banks seized the art collection from the Museu Colecao Berardo in Lisbon in 2019 as collateral, and handed over the safeguarding of the works to the state. The museum continues to operate. Berardo continues to own other collections.

Berardo is expected to appear before a judge in the coming days.