Rare Rubens Portrait at Risk of Leaving the UK 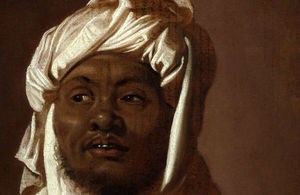 Arts Minister Michael Ellis has placed a temporary export bar on a painting by Sir Peter Paul Rubens to provide an opportunity to keep it in the country.

Arts Minister Michael Ellis has placed a temporary export bar on a painting by Sir Peter Paul Rubens to provide an opportunity to keep it in the country.

Head of an African Man Wearing a Turban is one of the few existing examples of artwork from the 17th century that records an African man in Europe. It is at risk of being exported unless a buyer can be found to match the asking price of £7,695,860.

The oil sketch was used by Rubens in his 1609 portrayal of Balthazar in Adoration of the Magi, which depicts the giving of gold, frankincense and myrrh to the infant Jesus.

Rubens is one of the pre-eminent painters of the 17th century and among the most influential artists of the Flemish Baroque tradition. He was knighted by Charles I and while living in London also painted the masterpiece ceiling of the Banqueting House - one of the most famous works from the golden age of painting.

Head of an African Man Wearing a Turban, which has been in the UK for more than 100 years, is painted on a list of accounts written in Italian. This has led experts to believe that it may have been completed in Italy and brought back to Antwerp.

The fact that it is on paper, rather than his favoured panel, suggests that this is a unique record of an individual the painter encountered, rather than of a posed model. It is one of approximately 30 oil sketches completed by Rubens in British public collections.

The decision on the export licence application for the Head of an African Man Wearing a Turban will be deferred until 5 July 2018. This may be extended until 5 January 2019 if a serious intention to raise funds to purchase it is made at the recommended price of £7,695,860.

Image on top: Head of an African Man Wearing a Turban by Sir Peter Paul Rubens