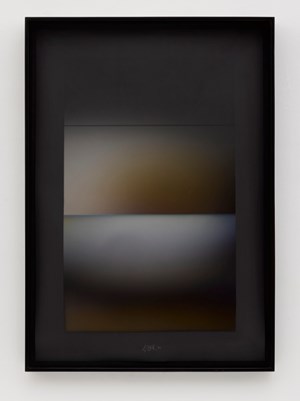 From 17th July White Cube Gallery space at Mason’s Yard (London) shows the exhibition ‘2D-3D: Glass & Vapor’ by Larry Bell, who is well known for his standing glass panels installations and cube sculptures. Bell’s work is often defined by the California ‘Light and Space’ movement, which materialised in the sixties as a response to the east coast environment, a natural evolution from Californian art history and the influence of minimalism on the art of that period. Robert Irwin, Eric Orr, Bruce Nauman, Doug Wheeler and James Turrell are some of the artists identified with this movement.

Bell’s work is often defined by the California ‘Light and Space’ movement, which materialised in the sixties as a response to the east coast environment, a natural evolution from Californian art history and the influence of minimalism on the art of that period. Robert Irwin, Eric Orr, Bruce Nauman, Doug Wheeler and James Turrell are some of the artists identified with this movement. Working with plain aesthetics, they created immersive installations, using materials that reacted somehow to light (glass, metal, polyester resin…) and giving importance to the viewers’ perspective.

The artist started his career in 1959 and soon began to work with mirror and glass. He learned how to cut it straight by trial-and-error approach, but what he wanted was not the perfection of the cut, but the cut to look interesting. That was his starting point to experimentation that lead him to perfect the technique that has defined his career, based in glass, colour and coating. 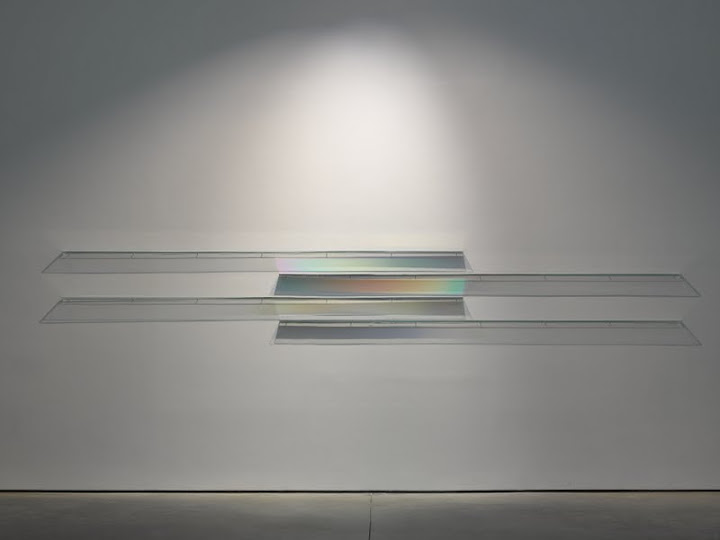 Possibly created in his early experimentation years, White Cube shows on its lower ground-floor Gone but not forgotten (1969), four thin strips of coated glass that, with direct light, produces the visual image of a three-dimensional drawing. Although Larry Bell’s works look manufactured, precise and planned for him spontaneity and serendipity have always played an important part in his works. He began working in this series trying different positions and angles, producing dozens of drafts before reaching the results that satisfied him. 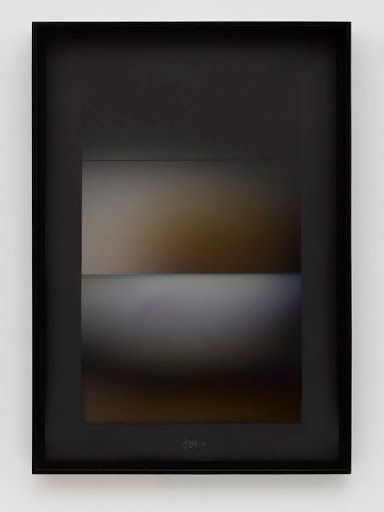 Bell states that he realized many years ago that when he cut glass, the pieces were defined by three lines: the reflection, the cut itself and the shadow. He became responsible of these elements because the result depended on how he placed each panel in relation the other panels and to the space. Having this in mind, one can begin to understand Larry Bell’s decision to define the world in right angles, a perspective that he follows since he became aware that “the only way this was real is that I believed in it”. His series of glass cubes are a clear example of this, being an allusion of how any individual relates to space, in reference to the walls, the floors, the ceiling. The artist is well aware of this position, and of the process of appropriation of the space to define it in his own terms to create the space inside the glass box.  This way, his pieces become the evidence of a certain situation, the result of experimentation through different perspectives. 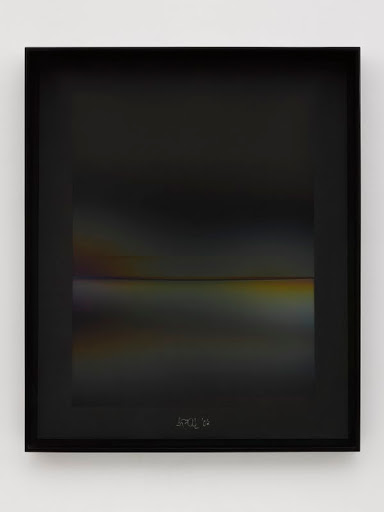 The use of glass suits perfectly his practice because it has three characteristics: reflects, absorbs and transmits light at the same time, allowing him to experiment with how light interacts with surfaces. Having discovered the three attributes, he started to produce three-dimensional structures and he soon bought a walk-in vacuum chamber for his studio to work with the process called ‘thin film deposition’. Also in the lower ground-floor of White Cube there are two pieces that reunite these qualities and methodology. In a small scale, there’s a work consisting in a glass triangle placed horizontally in a corner of the room, drawing a rhombus on the wall with its reflection.  In the middle of the dim lighted room stands 6x8 An Improvisation, a standing glass panels’ installation, that invites the viewer to move around to discover new perspectives and reflections. Larry Bell explains ‘I wanted the work to operate in my peripheral vision as well as my direct vision’. According to him, the position of the viewer changes the piece, as well as the light contained or reflected. 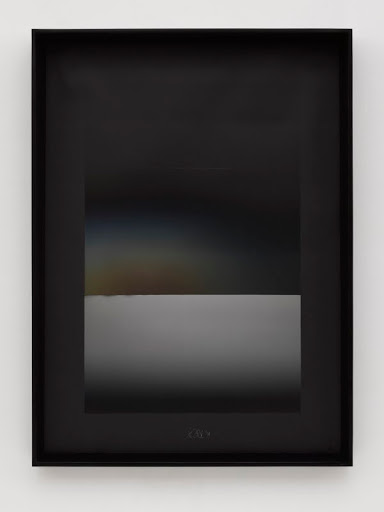 Since the beginning of the 2000’s and in recent years the artist prefers to work with more immediate and easy to handle material. Also created in the vapour chamber, Bell has developed the series on coated paper Vapor Drawings (2004), which could be a transportation of the reflections captured by his glass pieces to paper. 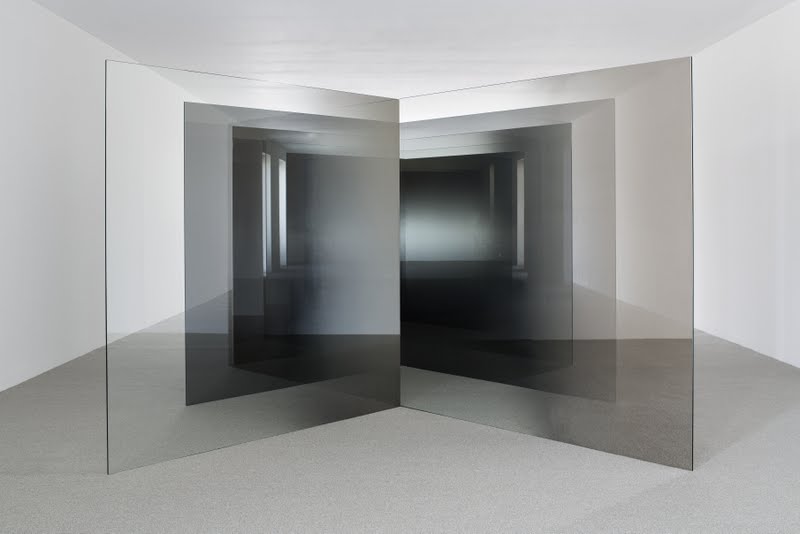 Also on show, there are a selection of sculptures titles 3D VD belonging to his Light Knot series. The shape and colours of these pieces give an appearance of smoke, although they are made out of curved sheets of polyester. This is a dichotomy present in Larry Bell’s trajectory, where we can also find a contrast between firmness and fragility, planned projects and spontaneity, light and shadow, reflection and absorption.