Rijksmuseum Buys Back Major Collection of Meissen Porcelain at Auction 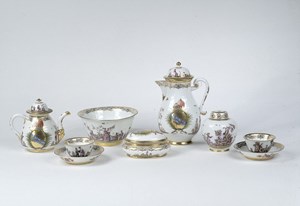 The Rijksmuseum has bought at auction more than half of a significant collection of Meissen porcelain, including two of its highlights: a clock, and a coffee and tea service.

The Rijksmuseum has bought at auction more than half of a significant collection of Meissen porcelain, including two of its highlights: a clock, and a coffee and tea service. The purchase was made with the support of the Rembrandt Association, the Mondriaan Funds, the National Acquisition fund of the Ministry of Education, Culture and Science (OCW), the VriendenLoterij, and a private benefactor through the Rijksmuseum Fund. The objects acquired are part of the Oppenheimer collection, one of the most important Meissen collections in the world. It originally belonged to the German-Jewish couple Franz and Margarethe Oppenheimer. From 1952 the collection was displayed at the Rijksmuseum, and in 2019 it was restituted to the heirs. The collection went on auction at Sotheby’s, New York.

Taco Dibbits, director of the Rijksmuseum said:  It is important to be able to contribute in this way to the restoration of justice to the relatives of the Oppenheimers. We are delighted to have been in a position to acquire such a large part of this major collection of Meissen porcelain, which we will now be able to display in perpetuity. It will also enable us to devote attention in the museum to the personal story of this family and the fortunes of their collection during and after the Second World War. We are exceptionally grateful to the benefactors concerned for making this possible.

The development of Meissen porcelain represents one of the most important moments in the history of European applied arts. This very first European true porcelain was made at the Royal Court in Dresden in 1708, under the patronage of Augustus the Strong, Elector of Saxony. The secret method for manufacturing this ‘white gold’ was previously known only in Asia. The Oppenheimers collected almost exclusively objects featuring the very highest quality decoration and gilding, and many were made for the palaces of Augustus the Strong. It is partly because of this that the Rijksmuseum’s Meissen collection is world famous, and regarded as the most important collection alongside the Porzellansammlung in Dresden. It is thanks to this collection that there is nowhere else in the Netherlands that European art of such an excellent standard can be seen.

The provenance of the Oppenheimer collection

Under the threat of persecution by the Nazi regime, in 1936 the German-Jewish couple Franz and Margarethe Oppenheimer fled from Berlin to Austria, and then in 1938 – just before the Anschluss –to the United States. The couple took part of their collection with them on their flight from Germany to Austria, and between 1936 and 1939 they sold a large portion of it as a single group to Fritz Mannheimer, a German-Jewish banker living in Amsterdam who assembled an all-but unparalleled collection of European works of applied art. His collection reflected the great Royal European collections from the 16th to the 18th century.

When Mannheimer died, his estate was declared bankrupt and the executor, under pressure from the Nazis, sold the collection to pay the bank’s creditors. After the war, the collection was recovered and placed with the Dutch State. In 1952, a large part of this collection was incorporated in the Rijksmuseum’s collection of applied arts. 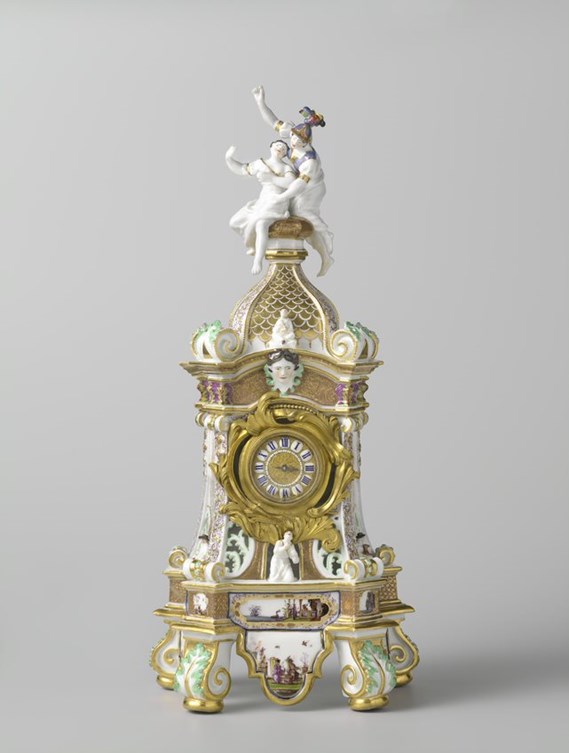 In 2015 Franz and Margarethe Oppenheimer’s heirs submitted a claim to the Ministry for Education, Culture and Science for more than a hundred objects in the Dutch National Collection, 92 of which were managed by the Rijksmuseum. Following a thorough investigation, the Restitutions Committee advised the minister to return the objects to the heirs, and the minister agreed to this in December 2019.

The Rijksmuseum has been conducting its own investigations since 2012 into the provenance of its collection, with respect to the Second World War. The website ‘Museale Verwervingen vanaf 1933’ (‘Museum acquisitions from 1933 onwards’) classifies the Oppenheimer collection as a ‘collection of uncertain origin'.