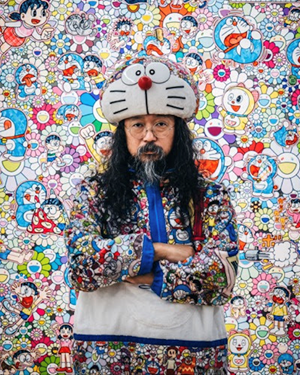 Roppongi Art Night is a festival of the arts unfolding from the stage of Roppongi City. Held continuosly since its inaugural edition in 2009, it has become established as a premier urban art festival.

Roppongi Art Night is a festival of the arts unfolding from the stage of Roppongi City. The festival aims to further the possibilities of art within society by developing content such as art installations, music, performances, and talk events throughout the entire city of Roppongi, a place known for its assembly of cultural facilities (including art museums), large scale complexes, and shopping districts. Held annually since its inaugural edition in 2009, it has become established as a premier urban art festival.

For several years, the organisers were forced to shelve real-life programming due to the spread of COVID-19 and its resulting impacts, but are now excited to commence physical participation. Roppongi Art Night will return in real life with “Magical Adventure: Find Your Art of Wonder in the Town!” from September 17-19 (Sat–Mon/holiday).

Takashi Murakami, one of the most internationally-renowned top names in Japanese contemporary art, has been named the main program artist, in addition to a group of 12 participating artists selected through his curation.

For this installment’s motif, Murakami has chosen “Doraemon.” Murakami has deemed Doraemon the “biggest Japanese pop icon of the 20th century,” and in recent years, the artist has produced a series of works in collaboration with Fujiko F. Fujio, the original creators of Doraemon. The display planned for Roppongi Art Night will include the largest balloons ever exhibited at the event. For this edition of Roppongi Art Night, Murakami will be participating not just as an artist, but also as a curatorial producer who has selected artists such as Mr., Aya Takano, MADSAKI, Shin Murata, Yuta Hosokawa of READYMADE, and others to take on the challenge of the “Doraemon” motif through new works. Their artworks will be displayed at Roppongi Hills Arena, TOKYO MIDTOWN, and the National Art Center, Tokyo, and other locations, appearing as colorful Doraemon balloons that conjure a surreal atmosphere, creating a magical world. These highly anticipated artworks will finally be unveiled!

As a measure of caution against the spread of COVID-19 and to avoid overcrowding, this year’s event will not be an all-night affair. In addition to extending the duration of the event to 3 days, select exhibitions will open in advance, and there will also be opportunities for staggered viewings to alleviate crowds.

The main artist will be Takashi Murakami, one of the top names in Japanese contemporary art. The highly anticipated artworks will finally be unveiled. For this installment’s motif, Murakami has chosen “Doraemon,” the beloved children’s comic book character that he calls the “biggest Japanese pop icon of the 20th century.” In recent years, the artist has produced a series of works involving the character, a “collaboration” with the late Fujiko F. Fujio, the creator of Doraemon.

In addition, Murakami has selected a group of artists who will take on “Doraemon” in similar fashion.