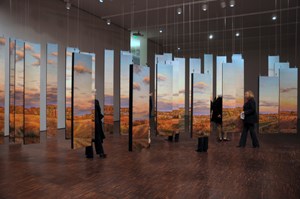 The Figge Art Museum recently purchased Rose Frantzen's Portrait of Maquoketa, a multifaceted portrayal of her home town of 6100 people, located in eastern Iowa.  The installation includes an amazing landscape of the town painted on 34 separate panels up to 11 feet tall that are suspended from the ceiling throughout the gallery.  The panels are arranged in such a way that when a visitor sits at one end of the installation, all of the panels coalesce into a unified view of the small town as seen from the hills.  On the other side of the panels, 180 12 x 12 inch portraits in oil of the townspeople are displayed.
All 180 portraits were shown for eight months at the Smithsonian's National Portrait Gallery in Washington, D.C. in 2009/2010.  The project was noted for Frantzen's democratic approach to portraiture.  In a Main Street Maquoketa storefront, Frantzen painted portraits from life of anyone in her hometown that wished to pose for her.  “Typically, the subject in a portrait is a person who can afford to commission a painting or someone the artist finds intriguing for his or her own reasons,” said Frantzen. “I wanted to paint my neighbors and fellow Maquoketans without any selection or choice on my part, attempting to capture a direct portrayal of the people around me, democratizing portraiture, allowing anyone to be painted just by showing up and participating.”
In 2012/2013, Portrait of Maquoketa was shown at the Figge Art Museum and the new installation included the 315 square foot landscape along with audio compositions by the artist’s brother, composer John Frantzen, which bring together the voices of those who posed, the natural sounds of the landscape, and music inspired by the voices and the landscape.
In 2015, Portrait of Maquoketa was purchased by the Figge Art Museum.  The exhibition will be shown there again in the fall of 2016, and the Figge is creating a traveling display system that will allow Portrait of Maquoketa to be easily shown at other museums.
More information is here. 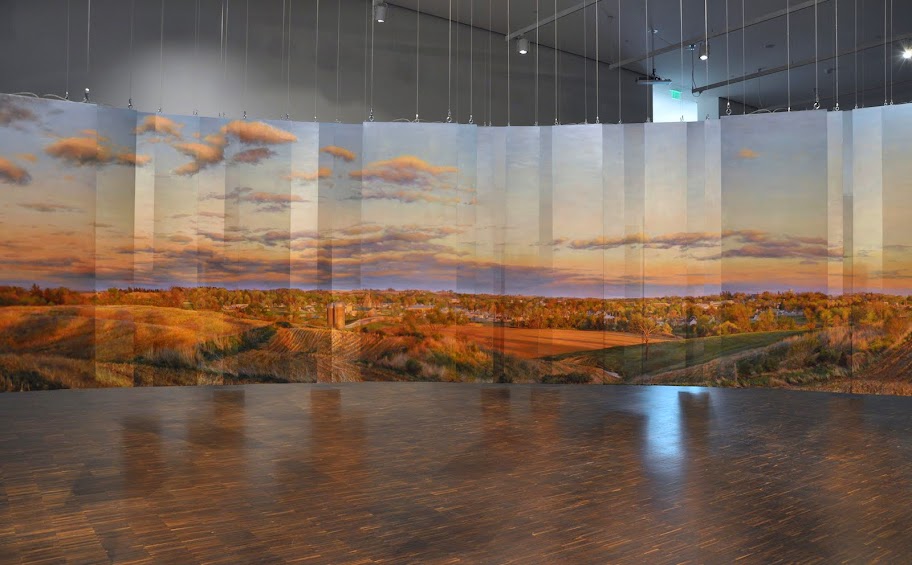 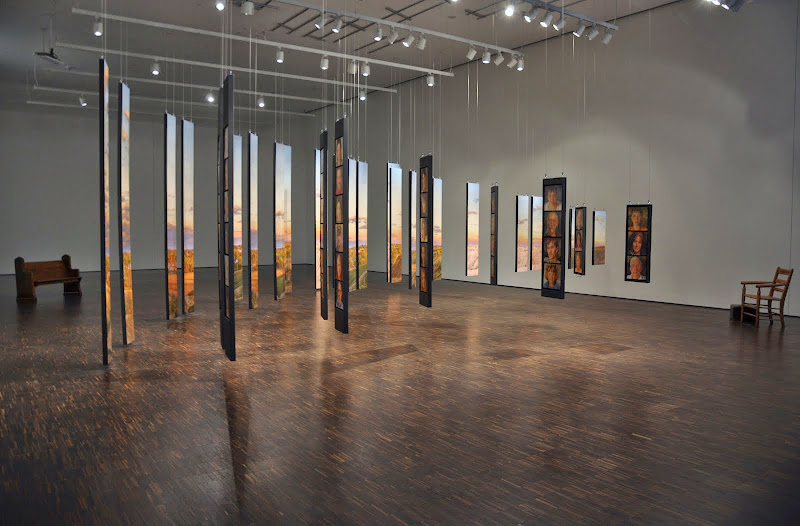 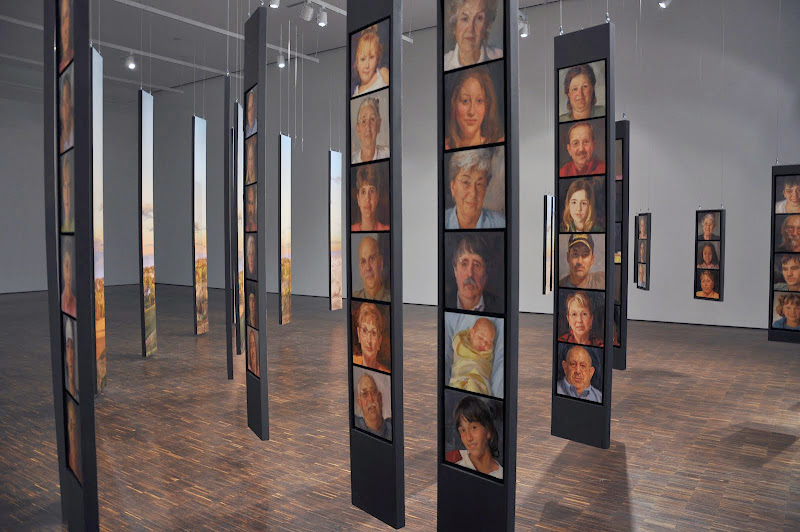 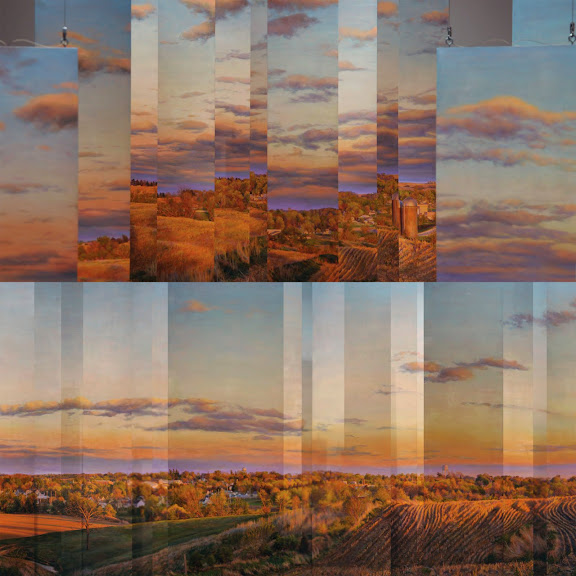