Rubens in Private – an interview with Ben van Beneden, director of Rubenshuis Antwerp 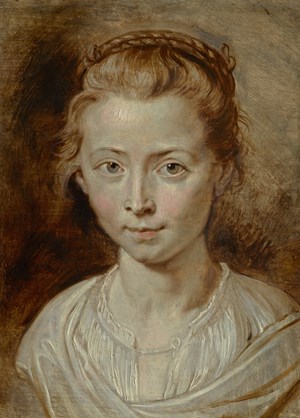 A most intimate look into the life of Peter Paul Rubens (1577-1640) is currently taking place in Antwerp’s Rubenshuis. The artist’s historic residence, located in the heart of Antwerp, has been open to the public as a museum since 1946. At Rubenshuis, guests are welcome to learn more about the artist and all facets of his life – not only as a painter, but also as a collector, architect, a most prominent member of society, and above all, a family man and friend. His position as a family man is precisely the subject of the exhibition Rubens Privé – the master portrays his family, running on until June 28.

A most intimate look into the life of Peter Paul Rubens (1577-1640) is currently taking place in Antwerp’s Rubenshuis. The artist’s historic residence, located in the heart of Antwerp, has been open to the public as a museum since 1946. At Rubenshuis, guests are welcome to learn more about the artist and all facets of his life – not only as a painter, but also as a collector, architect, a most prominent member of society, and above all, a family man and friend. His position as a family man is precisely the subject of the exhibition Rubens Privé – the master portrays his family, running on until June 28.

Beyond his busy public life - running a major studio, his diplomatic missions and correspondence with scholars and politicians of his day – Rubens was a family man of great devotion. This is evidenced by the series of portraits he created throughout his life. Even though portraiture was, at the time, considered to be the lowest possible genre within art theory, and a style of painting which Rubens did not particularly enjoy, he dedicated himself nonetheless to the task of depicting his loved ones. These paintings were meant only for the eyes of his immediate family, as such, they are considered of great importance for the insights they provide to his person. These insights are valuable, taking into account that no such family portraits exists from his contemporaries such as Titian or Velazquez.

Ben van Beneden, director of the Rubenshuis, explains that the exhibition makes use of very little text, relying more on audio guides, a less intrusive form of communication, to relay information. Among the works on show is the most recent Rubens discovery - a portrait sold last year by the Metropolitan Museum of Art to a private collector. The portrait depicts a young girl, around the age of 12. This was the age of Rubens’ oldest daughter, Clara Serena, at the time of her death. 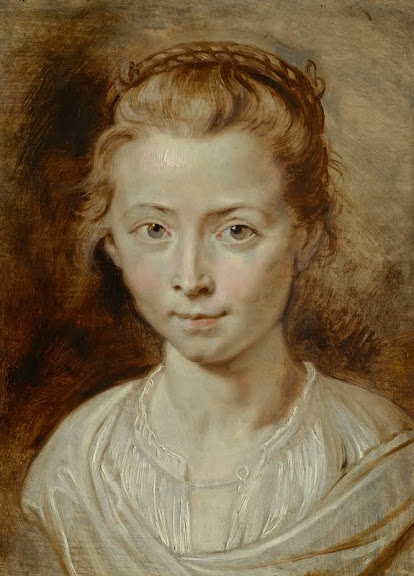 Mr. van Beneden claims to be convinced of the painting’s authorship. The most recent series of tests done on the painting, which involved sampling and testing the wood panels through an dendrochronological analysis, confirmed the age of the wood, which coincided with the period in which Rubens would have painting this portrait – between 1608 and 1615. In addition, a series of restorations removed layers from sections that had been over-painted, a green cape and brown tinged varnish which had obscured the painting’s true color palette. Mr. van Beneden argued that the hand of Rubens became visible in the brushstrokes, especially around the girls eyes. But, beyond the results of the technical analysis, Mr. van Beneden also stated that there are other matters to consider, questions which are open to interpretation – such as whether Rubens painted this portrait whilst his daughter was ill, or only after her death.

Mr. van Beneden recognized that there will always be a discussion regarding the most suitable research methods for such works. Conduct further investigation would require the owner’s approval, taking into account that the painting itself is very vulnerable to harm. Infra-red research could be considered, in addition to a MARXF test. The Rubenshuis museum would be in favor of conducting such tests, he said. Yet, perhaps for some it is only necessary to look at the girl’s features alongside those of Isabella Brant, Ruben’s first wife and mother to Clara, and the likeliness between the two couldn’t be clearer.

After the death of his first wife, Rubens married Helena Fourment, thought to be at the time the most beautiful girl in Antwerp. She is the subject of several portraits, the most remarkable one being Het Pelsken – The Fur – in which she appears semi-nude with a fur drape. All of Rubens’ portraits are weighed with meaning, says Mr. van Beneden. The objects within the composition, the subject’s positioning, these are symbolic of the family’s standing in society, and also representative of the relationship between each individual.

Despite Rubens’ wealth, he was nonetheless frugal with his materials. He often spared expenses by combining wooden panels to create larger sized works. The fact that most of his family portraits were painted over a combination of panels makes them particularly fragile. Wood as a material can shrink and swell, meaning that they must remain in very specific climatological conditions. Mr. van Beneden stressed the difficulty of this exhibition, given the risks of transporting such fragile materials with so many pieces to consider, as the portraits are each composed of five or more wood panels.

Rubens Privé sees the return of Rubens’ family portraits to their original home – the place where they were crafted and where they originally hung, forming a part of the artist’s daily life. Gathering a truly unique assembly of pieces, the exhibition includes works in a variety of mediums, such as chalk, ink, pen on paper, oil on wood, watercolor and gouache on parchment, in addition to several personal letters.

Read more about the exhibition here.