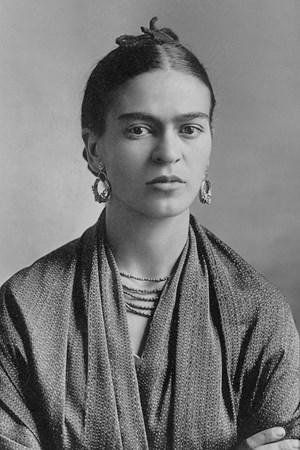 The city of San Francisco in California is set to rename a street in honour of Mexican artist and icon Frida Kahlo. The city is already home to a festival held in the artist’s honour and titled Fiestas Fridas.

The city of San Francisco in California is set to rename a street in honour of Mexican artist and icon Frida Kahlo. The city is already home to a festival held in the artist’s honour and titled Fiestas Fridas.

Kahlo visited San Francisco in 1940 along with her husband Diego Rivera and is often said to have fallen in love with the people and the place. She has proved to be a popular influence on the city. Several of her pieces are on display in galleries and museums in the local area, including the San Francisco Museum of Modern Art.

The new name was chosen as a result of a public vote, more than sixty years after Kahlo’s death. Other figures who could have received the honour included Chinese American historian Him Mark Lai and African American artist Thelma Johnson Streat.

As well as being an artist, Kahlo was known as a feminist, philosopher and style icon. She was famous for wearing regional Mexican dresses layered with bold jewellery and accompanied by braided hair.

The street, located close to the City College of San Francisco, is currently called Phelan Avenue and is named after San Francisco Mayor James Phelan who held a strongly anti-immigration stance. Touted as a philanthropist, Phelan helped California to implement the infamous Japanese Exclusion program and used the slogan ‘Keep California White’.

Officials have decided to change the street’s name to Frida Kahlo Way. The change is expected to be implemented within weeks. More than half of the population of San Francisco are non-white.

City College English Professor Alisa Messer told the San Francisco Examiner that “At a time when the country is rethinking who deserves to have statues and parks named after them, a street that an institution like City College is on named after someone whose family left a legacy of racism, doesn’t reflect our values.”