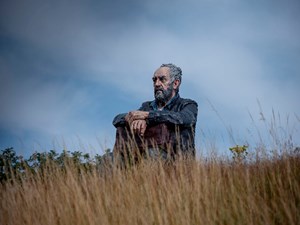 Sean Henry often portrays contemporary-looking, casual figures in distracted or thoughtful poses. He believes that “all sculpture is inherently theatrical” and has remarked upon watching a play and being struck by the “pure sculpture” of the scene.

‘What I’m trying to do with sculpture is defy time, to create something that endures in a way that we can’t and don’t.’

Sean Henry often portrays contemporary-looking, casual figures in distracted or thoughtful poses. He believes that “all sculpture is inherently theatrical” and has remarked upon watching a play and being struck by the “pure sculpture” of the scene.

Henry’s works are often placed in busy public spaces, where he invites viewers to reflect on and imagine the inner thoughts and histories of his anonymous figures.

The individuals depicted are often members of the public or actors, and are modelled in clay, before being cast in bronze or ceramic. Henry selects his models based on an inexplicable “rich internal life” that he identifies and purposefully seeks out. Executed in a style typical of traditional portraiture, the painted surfaces of the works give them a nostalgic quality. 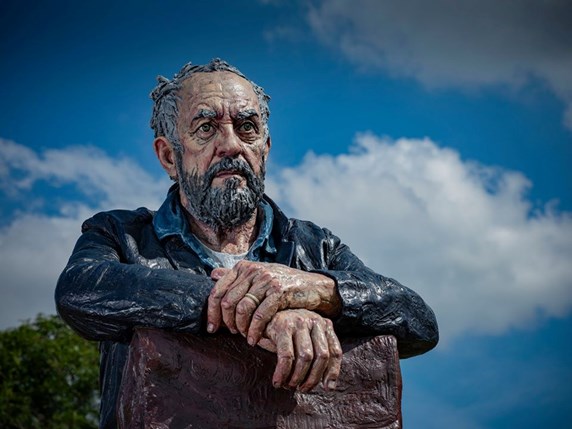 Seated Figure plays with scale in a similar way to much of Henry’s work, which is often slightly larger or smaller than reality. From a distance, as we walk towards it across the landscape, the work could look life-size, and be mistaken for being a real person. Upon approaching it, we notice the altered scale of the figure, and become “more of a child in relation to the semi-heroic, bigger thing”. Henry says his work is about “the tension between the making and staging of figures that seem to belong to the real world, and the degree to which they echo our experiences and sympathies”.

The work is at YSP after a period on the North York Moors National Park. It is situated in line with the artist’s wish for Seated Figure to “hide itself where people can go and find him”. 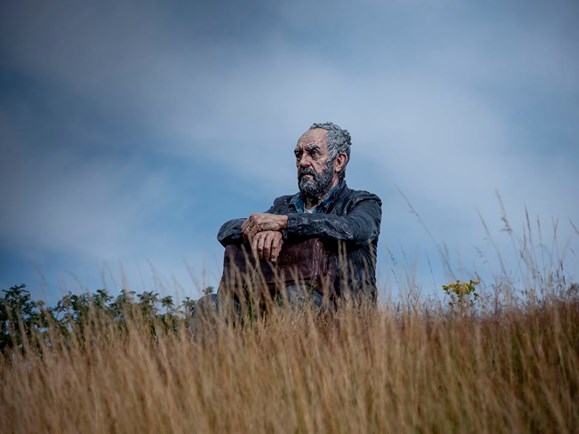 Born in Woking, UK in 1965, Sean Henry graduated in Ceramic Sculpture from Bristol University in 1987 and had his first exhibition in London in 1988. Henry was the first sculptor to win the Villiers David Prize in 1998, and has since had more than 30 solo shows.