The Solomon R. Guggenheim Foundation and the living heirs of the German Jewish art dealer Alfred Flechtheim (1878-1937) announced yesterday that they have reached an agreement for the restitution of a German Expressionist painting by Ernst Ludwig Kirchner titled Artillerymen (1915).

The Solomon R. Guggenheim Foundation and the living heirs of the German Jewish art dealer Alfred Flechtheim (1878-1937) announced yesterday that they have reached an agreement for the restitution of a German Expressionist painting by Ernst Ludwig Kirchner titled Artillerymen (1915).

Working in collaboration with attorneys representing Flechtheim heirs Dr. Michael R. Hulton of San Francisco and Mrs. Penny R. Hulton of Potters Bar, UK, and in cooperation with the Holocaust Claims Processing Office of New York State’s Department of Financial Services, the Guggenheim Foundation undertook an extensive two-year research effort into the history of the painting. This research shows that after Flechtheim fled Germany in 1933, moving to Switzerland, Paris and finally London, Artillerymen was in the custody of his niece Rosi Hulisch (Dr. Hulton’s aunt), who remained in Nazi Germany until her death by suicide in 1942 on the eve of her deportation to a concentration camp. In 1938, the painting was acquired in Germany by Kurt Feldhäusser, a member of the Nazi party. By that time, Flechtheim’s sole designated heir, nephew Henry Alfred Hulton, was living as a refugee in London. Research also confirms that both before and after Flechtheim’s death the Nazis singled him out as a target of particularly virulent anti-Semitic propaganda. 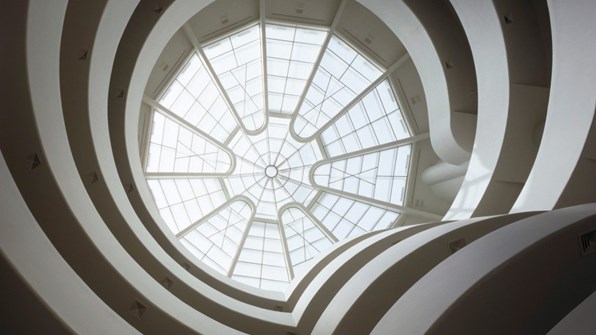 Feldhäusser was killed in Germany in 1945 and his art collection was left to his mother, who consigned it to the Weyhe Gallery in New York in 1949. Mr. and Mrs. Morton D. May of St. Louis, Missouri purchased Artillerymen in 1952 and donated it to The Museum of Modern Art (MoMA), New York in 1956. In 1988, the painting was transferred by MoMA to the Solomon R. Guggenheim Foundation in exchange for other works. The Guggenheim relied on Donald E. Gordon’s catalogue raisonné of the work of Ernst Ludwig Kirchner (1968), which incorrectly stated that before Artillerymen had entered Feldhäusser’s collection, the painting had been owned by German collector Hermann Lange. New research shows that the painting was owned at that time by Flechtheim and not Lange.

Richard Armstrong, Director, Solomon R. Guggenheim Museum and Foundation, said, “An essential part of the work of the Guggenheim Foundation is the ongoing investigation into the history and provenance of our collection, and we regard this responsibility with the greatest seriousness. After an extensive examination of the extraordinary circumstances surrounding this work and in keeping with the 1998 Washington Declaration on Holocaust Era Assets and the guidelines of the American Association of Museum Directors, we are satisfied that it will be restituted to the Hultons.”

Michael Hulton, Alfred Flechtheim’s great-nephew and an heir, said: “I am grateful to the Guggenheim Foundation for doing the right thing and for joining with the other institutions that have recognized the tragic fate of the Flechtheim family. Specifically, this painting was under the custodianship of my Aunt Rosi, who was trapped with my grandmother in Nazi Germany where they both perished. Overall, restitution is about recognition and paying respect to the suffering of the Nazi victims’ families. This is consistent with the promise that the international community gave us, the survivors and descendants of the victims, in 1998, at the Washington Conference on Holocaust-Era Assets, to remedy the historic injustice of Nazi looted art. The Guggenheim Foundation has been exemplary in fulfilling that promise.”