Sotheby’s announces Legacy: Sculpture from the Finn Family Collection in May 2017 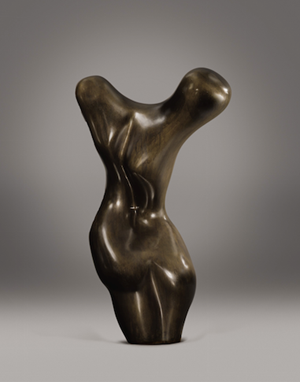 Sotheby’s is honored to announce Shaping a Legacy: Sculpture from the Finn Family Collection in its Impressionist & Modern Art Evening Sale in New York on 16 May 2017.

Sotheby’s is honored to announce Shaping a Legacy: Sculpture from the Finn Family Collection in its Impressionist & Modern Art Evening Sale in New York on 16 May 2017.

Over the course of more than 50 years, David and Laura Finn together have amassed a diverse and esteemed collection of modern sculpture. Through their collecting, they developed not only a staunch patronage but also enduring friendships with many artists – particularly Henry Moore. Mr. Finn photographed and published Moore's sculptures over a number of decades, playing a vital role in expanding the artist’s audience internationally. Moore hand-selected Seated Woman (estimate $4/6 million) for the couple during a visit to his studio.

The Evening Sale will offer a selection of five sculptures from the Finns’ collection, with works by Moore, Alberto Giacometti, Jean Arp, Germaine Richier and Marino Marini together estimated in excess of $17 million. This group is united further by the fact that each piece was conceived in the late 1950s, during the period of turmoil and uncertainty following World War II.

Highlights from the collection will be shown in Hong Kong from 21-24 April, before returning to New York for public exhibition beginning 5 May.

Jeremiah Evarts, Senior International Specialist in Sotheby’s Impressionist & Modern Art Department commented: "The Finn Collection represents a rare confluence of artistic insight and passionate collecting. David Finn is one of the most celebrated sculpture photographers of his time, immortalizing the work of many of the artists represented in his and Laura’s collection through sensitive and groundbreaking photography. The pieces that we are privileged to present this May are united in their expression of a post-war Existentialist sentiment, and together tell a compelling story of post-war Modernist sculpture in Europe. In a market that is increasingly seeking out exceptional examples of 20th-century sculpture, these works represent a rare chance to capture prime pieces with exceptional provenance.”

In addition to co-founding one of the largest and most renowned public relations agencies, Ruder Finn, in 1948, Mr. Finn is an accomplished sculpture photographer whose work has been critical to the appreciation of many great 20th century artists, including Marino Marini and Henry Moore. Once described as a “photographer of genius”, Mr. Finn’s prolific photography and extensive art publications brought the work of these European artists center stage and into countless American households. Among many others, this is showcased in Henry Moore Sculpture and Environment, his landmark bookdepicting hundreds of the sculptor’s figures around the world.