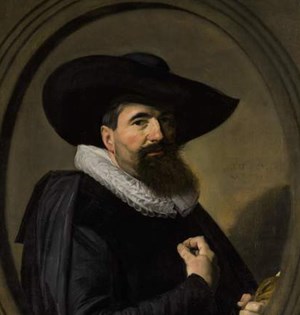 Emerging from a private collection, unseen and unconsidered by scholars for over half a century, a rediscovered portrait by the great Dutch master, Frans Hals, will be offered at Sotheby’s next month.

Emerging from a private collection, unseen and unconsidered by scholars for over half a century, a rediscovered portrait by the great Dutch master, Frans Hals, will be offered at Sotheby’s next month.

Appearing fresh to the market with an estimate of £2-3 million, Portrait of a Man, Half Length, Within a Painted Oval will be presented alongside Rembrandt’s Self-portrait, wearing a ruff and black hat, in Sotheby’s Cross-Category Evening sale in London this summer: two of the three greatest artists of the Dutch Golden Age. The pioneering sale on 28 July, will see an exceptional selection of Old Master paintings offered beside the season’s top Contemporary, Impressionist, Modern and Modern British works. 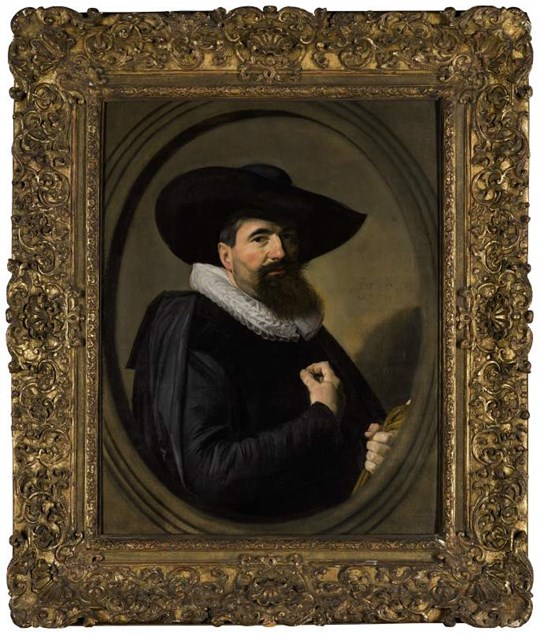 Frans Hals was the leading portraitist of the Dutch Golden Age, best known for his portraits of the citizens of his native city Haarlem, whom he painted throughout his long career. Signed and dated 1635, this important new discovery shows the mature artist working at the height of his powers.

Set within an illusionistically rendered stone window opening - a device deployed by Hals for much of his career– Portrait of a Man has all the hallmarks of the artist’s genius. Self-confident and virtuoso in execution, this arresting portrayal of an unknown gentleman is a fine example of Hals’ work, fitting well into his stylistic development in the mid-1630s, when he, already in his mid-fifties but increasingly confident in his genius, adopted a greater economy in his bravura brushwork.

Remaining unseen in a New York private collection since its last sale in 1953, the painting, despite its prominence, was in recent years all but forgotten by Hals scholars. Hidden by darkened varnish following years of obscurity, it was not until a recent programme of cleaning by Martin Bijl and intense study, that the swift expressive brushwork - a trademark of the artist’s brilliant technique - were revealed throughout the work. Examined by the world’s foremost experts on the artist, the painting, which can now be appreciated in its former glory.

“I came across this painting by Frans Hals about a year ago, in a New York apartment where it had been hiding in plain sight for more than half a century. My first reaction was that the surface was so yellowed with varnish, I could not really appreciate the actual painting at all. I imagined that removal of this discolored layer of varnish could tell me more about what I was looking at, and thank goodness the owners agreed to the restoration. As a result, the painting was transformed from to a glimmering ray of light, a true Frans Hals executed at the height of the artist's powers. We can now appreciate the sprezzatura that only this artist can render. The painting is signed, but the true signature is in the brushwork.”

The evening sale in which this remarkable painting will be offered for sale brings together for the first time all the very best material from Sotheby’s summer season, covering more than five centuries of Western art – a new approach that will likely resonate with many global collectors, as well as with the rapidly accelerating numbers of people transacting with Sotheby’s for the first time.