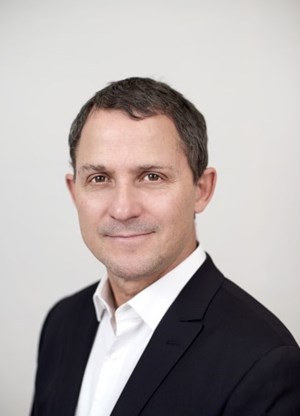 The Montreal Museum of Fine Arts (MMFA) is pleased to announce the appointment of Mr. Stéphane Aquin as Director. Mr. Aquin currently holds the position of Chief Curator at the Hirshhorn Museum and Sculpture Garden in Washington, D.C., which is part of the Smithsonian Institution and is considered the United States' national museum of modern and contemporary art.

The Montreal Museum of Fine Arts (MMFA) is pleased to announce the appointment of Mr. Stéphane Aquin as Director. Mr. Aquin currently holds the position of Chief Curator at the Hirshhorn Museum and Sculpture Garden in Washington, D.C., which is part of the Smithsonian Institution and is considered the United States' national museum of modern and contemporary art. Over the past five years with this institution, he has organized numerous exhibitions, edited several reference books, and participated in international conferences and juries. He will take up his new position in November. 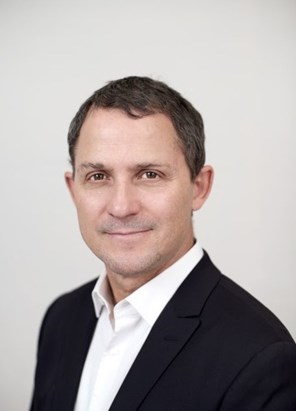 A native of Montreal, who grew up in the United States and Switzerland, Mr. Aquin holds a master's degree in Art History from the Université de Montréal. After an initial stay at the MMFA, from 1990 to 1992, during which he collaborated on the opening of the Jean-Noël-Desmarais Pavilion, he distinguished himself for several years as an art critic. He rejoined the MMFA team in 1998 as Curator of Contemporary Art, a position he held until his departure for Washington in February 2015. During his second stay at the MMFA, Mr. Aquin organized more than 40 exhibitions of Canadian and international artists, and greatly contributed to the institution's image of excellence. Building on this experience and that acquired in his role as Chief Curator of the Hirshhorn Museum in Washington, one of the great national museums of modern and contemporary art, along with the Tate in London, the Centre Pompidou in Paris and the Stedelijk in Amsterdam, Stéphane Aquin brings with him outstanding expertise.

It is with great pride that we announce the return of Stéphane Aquin to the Montreal Museum of Fine Arts. His impressive track record, combined with his knowledge of the MMFA, has made him an obvious candidate to fill the role of Director. We are pleased that Stéphane has chosen to return to Montreal to take charge of the Museum and thus propel it to another stage in its history," said Mr. Pierre Bourgie, Chairman of the Board of Trustees of the Montreal Museum of Fine Arts.

The recognition Stéphane Aquin has acquired over the years, thanks in particular to his extensive knowledge, not only of modern and contemporary art, but of art history as a whole and the challenges facing museums today, has made him an important figure in the international museum world. His appointment as Director of the MMFA is therefore the logical continuation of an already impressive career. It is also in keeping with the MMFA's commitment to pursue its development based on inclusion, diversity and innovation.

"I am happy to be back in Montreal. It is an immense honour to take over the direction of the Montreal Museum of Fine Arts, an institution I know and love, and a privilege to be able to serve at this important moment in its history. I am very much looking forward to working again with the Museum's fantastic teams, who have contributed to its reputation for excellence for many years. I also look forward to working with the major public and private partners, donors and volunteers, who make such a vital contribution to the life of the Museum," commented Mr. Aquin.

The Boyden executive search firm led the selection process leading to Mr. Aquin's appointment. The firm, which rigorously analyzed and selected the best candidates for the position on an international level, worked closely with the MMFA's board recruitment committee.