Surviving art weeks. What to see in London after Frieze Week 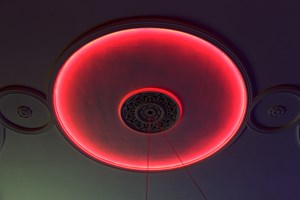 With the addition of more and more art fairs, satellite art fairs and gallery weekends in the last decade, the appreciation of art seems to be centred around certain annual events. As a result, art fans end up with an international calendar of where-to-be each month and what cities to tick off the checklist: early October is London, soon after is Paris and Turin, February is the turn of Madrid and June is definitely Basel.

This model clearly makes networking easier and helps steady the market. At the same time, the aftermath of these weeks resonates in the art dealers pockets (and by extension the artists’ as well) for months. So, are these art weeks really beneficial for art? We don’t have the answer, but just in case, we suggest eleven shows to see after Frieze week, so art lovers don’t forget to embrace the art and enjoy it in their own time and with whatever purpose they might choose. At the end of the day we all know that the best remedy for the art hangover is just to consume more art.

Lisson Gallery + The Vinyl Factory, The Store Studios, 180 The Strand

Lisson Gallery celebrates the 50th Anniversary of the opening of their first space on Bell Street with an exhibition in partnership with the independent arts group The Vinyl Factory. The show takes over most of the space at The Store Studios - the brutalist building that last year hosted the unforgettable The Infinite Mix.

The practice of the Brussels-based artist is often directed towards creating projects free from a focus on objects, working with light and colour as main materials, as she did in 2015 with her installation States of Mind: Tracing the Edges of Consciousness presented at the Wellcome Collection. In this extensive solo show at White Cube, Janssens invites viewers once again to place their own perception as a central part of the installation.

Curated by Whitechapel director Iwona Blazwick, this is the first major retrospective of Thomas Ruff’s work in London, addressing and connecting historical and contemporary debates around photography.

There is a wide range of topics present in his works: utopianism, suburbia, advertising culture, pornography and surveillance, but perhaps his best contribution to the medium is his understanding of photography from a conceptual point of view.

Leaving London for a moment, we can’t overlook this year’s Turner Prize exhibition. Since 2011 the show which displays the work of the four nominees has been presented outside London on every uneven year. The 2017 edition is being hosted at Ferens Art Gallery in Hull as part of the UK City of Culture 2017 programme.

Coinciding with Frieze Week, König Galerie launched their new permanent space in London, along with their presentation at Frieze Art Fair and the video installation Liminals by Jeremy Shaw at The Stores Studios.

In parallel with their formidable and breath-taking space in Berlin, König has taken over a 3,750 square feet former car park in Marylebone. The opening exhibition is currently showing works from the archives of the German gallery and will host a series of solo presentations of artists, including Kiki Kogelnik and Claudia Comte among others. Besides the gallery space, König London also includes the showroom, aimed at hosting other artworks and performances as well as acting as a social hub.

Merike Estna is a painter in the most expanded understanding of the term. She doesn’t get along with only working within the limits of the canvas and pushes the boundaries of painting until it merges with everyday life. As a result, the public often plays an active role, stepping on the works, wearing them or even eating paintings in the form of cakes.

For her last exhibition at Kunstraum, which also marked the fifth anniversary of the gallery, she has created a large-scale curtain and a stage painting on which a series of performances will be staged over the course of the show.

Christian Nyampeta: Words after the World

Words after the World is one of the results of the residency of Rwandan-born Dutch artist Christian Nyampeta at Camden Arts Centre from May to September 2017. During this residency, Nyampeta worked with collaborators to translate Francophone texts by philosophers such as Alexis Kagame and Maniragaba Balibutsa. This working group helped produce the script of his new film which is now part of an installation that addresses the following question: “what happens if words and meaning were subjected to prohibition? What synonyms could be created to replace them?”

When it comes to collaborative projects, a must see in London this autumn is Haroon Mirza / hrm199: For A Partnership Society. For Zabludowicz’s Collection Annual Commission show Mirza and his studio hrm199 will invite different artists and creative practitioners to establish temporal partnerships to contribute to the exhibition. While Mirza’s works respond to the building, artworks and context of the collection, the guest partners are invited to produce new works within the exhibition and to respond to it through other projects and performances.

After a striking presentation with Alicja Kwade at Frieze Art Fair, Kamel Mennour presents a solo show of the same artist at its London space. Revolution Orbita is a clear example of Kwade’s large scale sculptures which explore our relationship with space and the boundaries between reality and fiction - always in connection with attempted definitions of scale, measure and weight. These topics, that may sound broad and loose, take a more defined appearance in Kwade’s works, leading the viewers to formulate more specific questions.

Katharina Grosse: This Drove my Mother up the Wall

Another large-scale painting installation, this time by German artist Katharina Grosse and, in fact, her first institutional solo show in the UK. Colour is again the protagonist of her work and the element that defines its spacial structure, even the void. In an interview with Art 21 she explained her understanding and use of colour, perfectly visible in SLG’s show: "I like this anarchic potential of colour. Colour is actually taking away the boundary of the object, so there is no subject-object relationship anymore. That's maybe what colour has the potential to make us think."

In Hannah Black’s politically engaged exhibition at Chisenhale the central piece consists of 20,000 copies of The Situation, a book in which censored conversations talk about “the situation”. The theme, interpreted differently in each conversation, connects with a series of events programmed in parallel with the show, including a series of conversations in which speakers will discuss a situation of their choice.