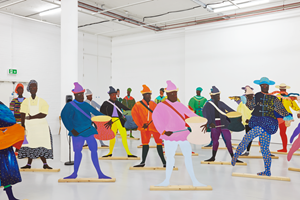 Tate announced a new partnership with the Paul Mellon Centre for Studies in British Art, working together to expand the British Art Network. The Paul Mellon Centre has committed additional funds and expertise to help Tate build on the success of the network to date. A new programme of events will include support for specialist subject groups and development opportunities for early career curators, to stimulate research and new perspectives on all aspects of British Art.

Tate announced a new partnership with the Paul Mellon Centre for Studies in British Art, working together to expand the British Art Network. The Paul Mellon Centre has committed additional funds and expertise to help Tate build on the success of the network to date. A new programme of events will include support for specialist subject groups and development opportunities for early career curators, to stimulate research and new perspectives on all aspects of British Art. In recognition of the value and impact of the network, Arts Council England has continued to provide support through its Subject Specialist Network Fund. 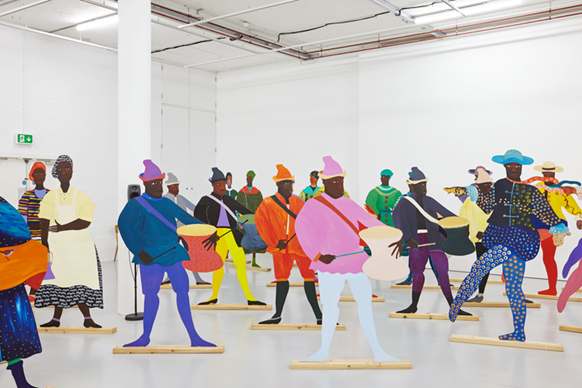 The British Art Network is supported by Tate and the Paul Mellon Centre and public funding provided by the National Lottery through Arts Council England.

Mark Hallett, Director of Studies, Paul Mellon Centre and joint Chair of the British Art Network, said: ‘We are committed to supporting the most exciting and original research into the history of British Art and architecture. Working with colleagues at Tate and elsewhere to promote this kind of research across the UK’s museums and gallery sector fits perfectly with our mission. We look forward to collaborating with hundreds of brilliant curators and scholars, and to helping them share their knowledge and expertise with each other and with the public.’

The British Art Network, established in 2012, is a Subject Specialist Network bringing together professionals working with British art, including curators, researchers and academics, reflecting the combined strength of the UK’s public collections and curatorial expertise. Itcontributes to the sharing of expertise, research and ideas across cultural organisations. It aims to develop curatorial skills and collection knowledge; and to foster greater collaboration between partners leading to dynamic collection displays and exhibitions of British art for audiences across the UK. The network currently includes 602 members representing 256 higher education institutions, arts and heritage organisations across the UK and internationally. The steering committee has recently expanded to sixteen members representing a wide range of expertise from regional museums, galleries and universities across the UK.

Early-career curator bursaries: This year the size of the early-career curators’ group has grown from ten to fifteen participants. These bursaries support new talent and develop a dedicated network group of emerging curatorial expertise. This activity gives early-career curators greater access to British Art Network events, to undertake research visits, to have access to mentoring opportunities and to participate in practice-sharing workshops for a one-year period.

Sub Groups: The number of sub groups has increased from seven to eleven. Funding has been awarded to six UK based organisations to continue to run established network sub groups to explore specific areas and aspects of British art. An additional five institutions have been funded to create new subgroups which are focusing on: British Art in Historic Houses; Contemporary Art and Feminism; British Genre and Narrative Painting: 1750-1870; Post-War British painting in regional collections; and Queer British Art.

Three new seminar series: Led by network members, new seminars will explore themes on Decolonising British Art – Decentring, Re-situating and Reviewing Artworks and Collections; British Art and Science; and Wales’ relationship with South Asia. They will bring together professionals working with British art across the UK and at different stages in their careers, to share knowledge and bring collections to life with new research and fresh insights. The first series will take place in autumn 2019, followed by two more in spring 2020.

The wider programme will include further workshops and major conferences at the end of 2019 and a joint conference with the National Gallery and the National Portrait Gallery in Spring 2020.