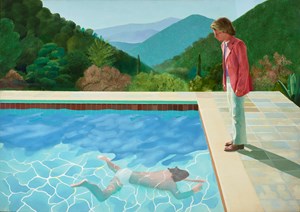 Tate Britain has announced the world’s most extensive retrospective of the work of David Hockney, opening February 2017. Widely regarded as one of the most successful and recognisable artists of our time, this exhibition will celebrate Hockney’s achievement in painting, drawing, print, photography and video. Following its presentation in London the exhibition, organised in collaboration with the Centre Pompidou and The Metropolitan Museum, will tour internationally to Paris and New York.

Tate Britain has announced the world’s most extensive retrospective of the work of David Hockney, opening February 2017. Widely regarded as one of the most successful and recognisable artists of our time, this exhibition will celebrate Hockney’s achievement in painting, drawing, print, photography and video. Following its presentation in London the exhibition, organised in collaboration with the Centre Pompidou and The Metropolitan Museum, will tour internationally to Paris and New York.

David Hockney (b.1937) is unique in British art for the extent of his popular appeal. As he approaches his 80th birthday, this exhibition will offer an unprecedented overview of the artist’s work to date. Presented as a chronological overview, it will tracehis development from the moment of his prodigious appearance on the public stage as a student in 1961, through to his iconic works of the 1960s and 1970s, and on to his recent success at the Royal Academy and beyond.

The exhibition will show Hockney as an intelligent and profound interrogator of the essence of art. Over six decades he has questioned the nature of pictures and picture-making and challenged their conventions. His art is one of the great landmarks of post-modernism, using parody and self-reflection, and playing with representation and artifice. The exhibition will review early works such as the Love paintings made in 1960 and 1961, with which he subverted the language of abstract expressionism into homoerotic autobiography. The witty and brilliant invention of Hockney’s first two decades of work will be explored, including his portraits of family, friends and himself, for example Self Portrait with Blue Guitar 1977, as well as his iconic images of Los Angeles swimming pools. It will include Hockney’s celebrated Yorkshire landscapes of the 2000s and work made since his return to California in 2013.

Hockney is an artist who has frequently changed his style and ways of working, embracing new technologies as he goes. For the first time this exhibition will demonstrate how the roots of each new direction lay in the work that came before. For example, his radical ‘joiner’ assemblages of photographs, such as the famous Pearlblossom Highway 1986, informed the paintings of his Hollywood home and the Californian landscapes that he made then and after; and his abstract works of the 1990s influenced his perception of the Yorkshire Wolds and the Grand Canyon.

David Hockney said: ‘It has been a pleasure to revisit works I made decades ago, including some of my earliest paintings. Many of them seem like old friends to me now. We’re looking back over a lifetime with this exhibition, and I hope, like me, people will enjoy seeing how the roots of my new and recent work can be seen in the developments over the years.’ 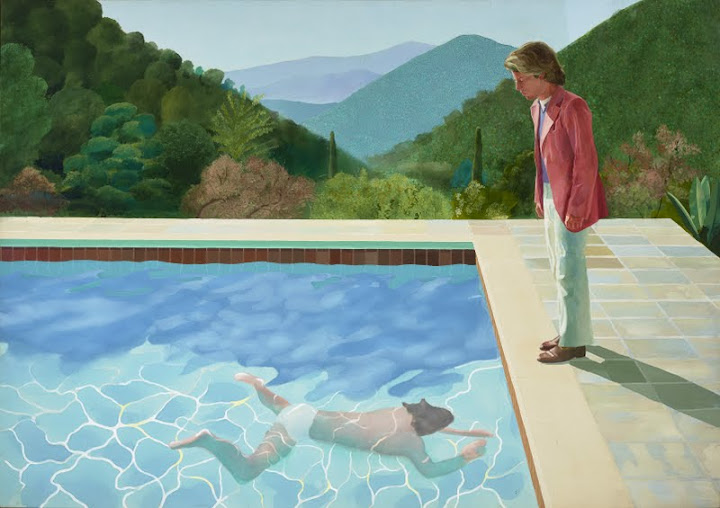 Alex Farquharson, Director, Tate Britain said: ‘David Hockney is without doubt one of Britain’s greatest living artists. His practice is both consistent, in its pursuit of core concerns, while also wonderfully diverse. Hockney’s impact on post-war art, and culture more generally, is inestimable, and this is a fantastic opportunity to see the full trajectory of his career to date.’

David Hockney opens on 9 February 2017 until Monday 29 May 2017 at Tate Britain. The exhibition is curated by Chris Stephens, Head of Displays & Lead Curator, Modern British Art, and Andrew Wilson, Curator Modern and Contemporary Art and Archives, with Assistant Curator Helen Little. This exhibition is organised by Tate Britain in collaboration with the Centre Pompidou, Paris and The Metropolitan Museum, New York. It will be accompanied by a major new catalogue from Tate Publishing and a programme of talks and events in the gallery.