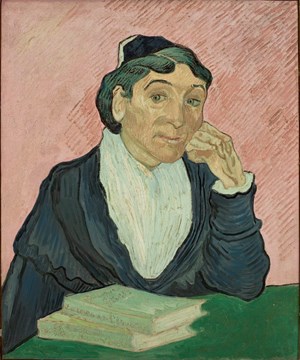 Tate Britain announced that it will open a major exhibition about Vincent van Gogh (1853-1890) in March 2019. Van Gogh and Britain will be the first exhibition to take a new look at the artist through his relationship with Britain. It will explore how Van Gogh was inspired by British art, literature and culture throughout his career and how he in turn inspired British artists, from Walter Sickert to Francis Bacon.

Bringing together the largest group of Van Gogh paintings shown in the UK for nearly a decade, Van Gogh and Britain will include over 40 works by the artist from public and private collections around the world. They include L'Arlésienne 1890 from Museu de Arte de São Paolo, Starry Night on the Rhône 1888 from the Musée d’Orsay, Paris, Shoes from the Van Gogh Museum, Amsterdam, and the rarely loaned Sunflowers 1888 from the National Gallery, London. The exhibition will also feature late works including two painted by Van Gogh in the Saint-Paul asylum, At Eternity’s Gate 1890 from the Kröller-Müller Museum, Otterlo and Prisoners Exercising 1890 from the Pushkin State Museum of Fine Arts, Moscow.

The exhibition will also explore Van Gogh’s passion for British graphic artists and prints. Despite his poverty, he searched out and collected around 2,000 engravings, most from English magazines such as the Illustrated London News. ‘My whole life is aimed at making the things from everyday life that Dickens describes and these artists draw’ he wrote in his first years as a struggling artist. He returned to these prints in his final months, painting his only image of London, Prisoners Exercising, from Gustave Doré’s print of Newgate Prison.