The Arctic - While the Ice is Melting: Experience an Exhibition About Life In a Changing World 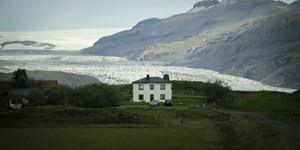 In the bright light of the North Star, where meridians come together and time zones come to an end. This is where the Arctic begins, home to four million people. For thousands of years, people here have lived with the ice. Nordiska museet’s Great Hall, Stockholm, has been given over to the life and changing conditions of the Arctic region through objects, photos, design, artwork, films and projections.

In the bright light of the North Star, where meridians come together and time zones come to an end. This is where the Arctic begins, home to four million people. For thousands of years, people here have lived with the ice. 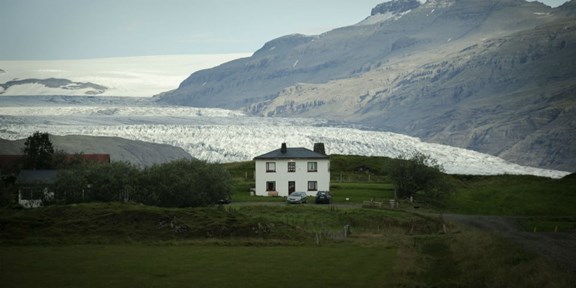 Nordiska museet’s Great Hall has been given over to the life and changing conditions of the Arctic region. In The Arctic – While the Ice Is Melting, you encounter the history and the future of the ice, and above all the people who live in the Arctic today – through objects, photos, design, artwork, films and projections.

The central element of the exhibition is a mock-up of a giant iceberg with a deep rift between past and present, created in cooperation with the design-duo MUSEEA.
As a visitor, you can walk into the iceberg and through the rift, where you will encounter narratives and objects linking the present to the past, connecting science to mythology, and presenting a multi-faceted, poetic story about the past and future of the ice and the daily lives of people in the Arctic.

The exhibition includes ten documentary films in which you meet people from various places in the Arctic: Qaanaaq in Greenland, Vatnajökull in Iceland, Näätämö (Neidenelva in norwegian) in Finland, Svalbard in Norway, and Abisko, Arjeplog, Laevas and Nautanen inSweden. The exhibition also covers Arctic locations to the east and west: Clyde River in Canada and Yamal in Russia. Most of the films were produced by Nordiska museet together with documentary filmmaker Camilla Andersen, with support from the Nordic Culture Fund.

A complex system of projections opens up the Great Hall’s 20 metre-high vaulted ceiling to an Arctic world and Arctic skies. The projections are created by Jesper Wachtmeister, building primarily on Nordiska museet’s collection of contemporary photos and films. Take a seat in the lounge section of the Great Hall and experience a changing world.

The exhibition is based upon three years of preparatory work under the leadership of Lotten Gustafsson Reinius, dividing her time as a Hallwyl visiting professor between Stockholm University and Nordiska museet.

Besides the exhibition, the project has resulted in a multidisciplinary anthology entitled Arctic Traces: Nature and Culture in Motion, to be published by Nordiska museets förlag in the winter/ spring of 2020.