The Courtauld Announces Acquisition of a Rare Manuscript by Paul Gauguin 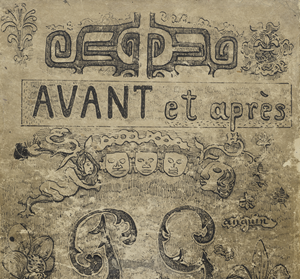 The Courtauld has acquired one of the most significant artists manuscripts ever to enter a UK public collection – a unique and richly illustrated text by the highly influential French Post-Impressionist artist Paul Gauguin.

Image courtesy to the Courtauld

The Courtauld has acquired one of the most significant artists manuscripts ever to enter a UK public collection – a unique and richly illustrated text by the highly influential French Post-Impressionist artist Paul Gauguin.

Part-memoir and part-manifesto, the 213-page manuscript, titled Avant et après (Before and After) reveals important insights into Gauguin’s life, relationships and thoughts, and includes numerous ​drawings and prints by the artist. 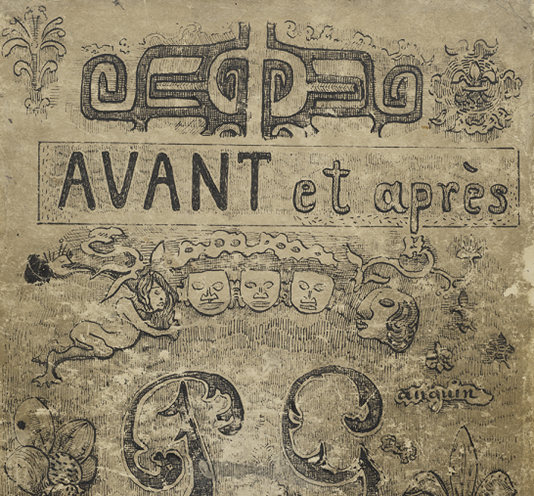 Image courtesy to the Courtauld

Offered to The Courtauld as part of the Government’s Acceptance in Lieu scheme administered by the Arts Council, Avant et après is the last major manuscript by Gauguin in the world outside a public collection, and now the only example in the UK. It was written in 1903, the year of the artist’s death, at his home on the Marquesas island of Hiva Ova, French Polynesia. It has never been exhibited publicly and remains unstudied by scholars in its original form.

Avant et après is an important addition to The Courtauld’s collection of works by Gauguin, the most significant in the UK, joining amongst other works the masterpieces from his Tahitian period, Nevermore and Te Rerioa – and further strengthens The Courtauld’s resources for Gauguin scholarship.

In addition to anecdotes about his friendships and opinions on the work of leading contemporary artists such as Degas, Pissarro, Signac and Cézanne, one of the key sections in the manuscript reflects on the brief yet tumultuous period that Gauguin stayed with Vincent van Gogh in Arles. Gauguin describes the incident in which Van Gogh severed his own ear after a violent quarrel with his fellow artist, a passage that was long regarded as the primary source of information about that fateful and infamous event.

The manuscript is also studded with examples of Gauguin’s opinions on literary figures and caustic comments on those art critics who did not understand (or appreciate) the modernity of his art. Gauguin’s hatred of hypocrisy and bourgeois morality is a constant theme. The text also includes excoriating attacks on the French colonial and church authorities in Polynesia, alongside examples of his own exoticist racial stereotyping.

By late 2020, the manuscript will be available to view and study as a scroll-through document online, accompanied by a revised transcription and new English translation that remains as close to the original French as possible with an honest and unfiltered representation of Gauguin’s language that will aid research on the artist and his legacy.

The manuscript will be displayed alongside Gauguin’s paintings and sculpture in The Courtauld’s Gallery’s Great Room when the gallery reopens in 2021 following our major Courtauld Connects transformation project.

Ernst Vegelin van Claerbergen, Head of The Courtauld Gallery, said:
“Having been lost from view for almost a century, the re-emergence of the original manuscript for Avant et après is a sensational event. Richly illustrated with drawings and prints, the odds were stacked against it surviving intact. Although he was one of the most influential artists of the 19th century, Gauguin is also a highly controversial figure.  We will now ensure that this important manuscript is fully researched and made widely available as part of the reappraisal of Gauguin’s debated legacy. It has found a fitting place in The Courtauld’s pre-eminent collection of the artist’s work. We are extremely grateful to the Acceptance in Lieu Panel, to the owner and to Sotheby’s Tax, Heritage and UK Museums Team for bringing about this remarkable acquisition”

Edward Harley, OBE, Chairman, Acceptance in Lieu Panel, said: “I am delighted that this important manuscript in Gauguin’s hand containing many original sketches and drawings has been allocated to The Courtauld Gallery through the Acceptance in Lieu scheme. Avant et après, written shortly before Gauguin’s death, is richly illustrated and is the last major manuscript of Gauguin’s written works to be held in private hands. I hope this example will encourage others to use the scheme to make art and culture accessible by enriching our national collections.”