The Full Restoration and Refurbishment of the Grand Palais 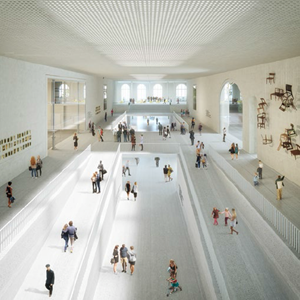 In 2021, a century after its creation, the Grand Palais will embark on a new chapter in its story, with major restoration and refurbishment work.

Constructed by the French Republic for the 1900 Universal Exhibition, within a century the Grand Palais had become a key heritage and cultural site in France, reflecting the developments and innovations of its time. Its location in the very heart of Paris, the combination of classicism and modernity in its architecture, its exceptional size (70,000 m2) and remarkable dimensions (with the largest Nef in Europe at 13,500 m2 crowned with a 17,500-m2 glass dome, the Salon d’Honneur, the National Galleries, the Palais d’Antin that has been home to the Palais de la D.couverte since 1937, etc.) make it a totally unique cultural and heritage site.

In 2021, a century after its creation, the Grand Palais will embark on a new chapter in its story, with major restoration and refurbishment work.

Other than the renovation of the Nef in the 2000s (including the glass dome and consolidation of the foundations), the South-East Gallery in 2011 and the Salon d’Honneur in 2012, the 1900 monument has not been renovated. Over the course of its history, the Grand Palais has been fragmented and partitioned, a mezzanine added, and once it was even condemned for demolition... You might say that in the 20th century, the monument did not receive the attention deserved by its grandeur and contribution to the history of universal architecture. Complete renovation was periodically considered but always postponed.

For these reasons, the monument now presents some serious health and safety concerns. Extensive areas are derelict and unused, and a number of spaces are closed to the public due to non-compliance with safety regulations. The building is seriously under-equipped in its technical and logistics facilities, making it operationally inadequate. Its visitor accessibility conditions are far from contemporary requirements. Its National Galleries, which were at the forefront of modern museum design when they opened in 1966 owing to a decision by Andr. Malraux, now need to be reviewed so they can be brought up to international standards.

The area surrounding the monument has become derelict over time, and its ties to the eastern section of the Champs-Elys.es and Petit Palais, which once formed a single town planning complex, has been forgotten.

The primary objective of the work is to secure the monument and restore its dimensions, walkways, décor and original interior lighting. The Grand Palais will thus become intelligible to visitors once more, wherever they happen to be in the monument. It will be accessible from north to south from the Champs-Elys.es to the Seine via the spectacular Rue des Palais, a major thoroughfare for the monument, crossing it from one side to the other on the lower ground level. It will be accessible from west to east from the Palais d’Antin to the Nef with a newly opened link between these spaces, which are currently being used back to back with no access between them. 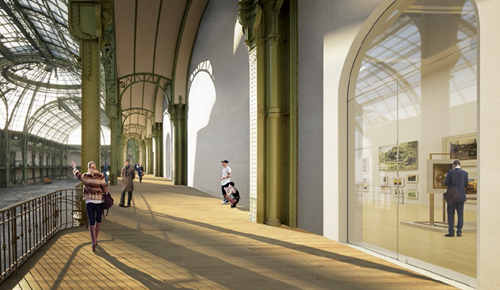 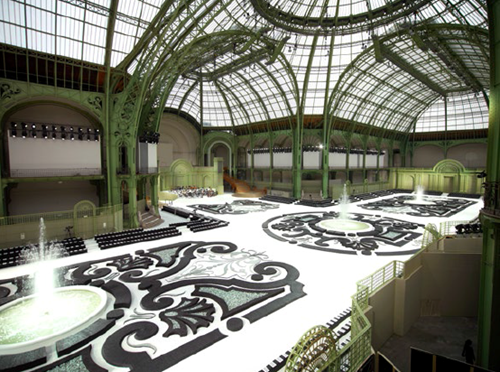 The area surrounding the monument will be re-landscaped and improved to provide pedestrians and visitors with more extensive, safer and more pleasant green spaces with a comprehensive plan designed to restore consistency to the Grand Palais’s immediate surroundings. A partially pedestrianised Avenue du G.n.ral Eisenhower, an improved thoroughfare for pedestrians between the Grand Palais and the Petit Palais, and restructured gardens in Square Jean Perrin and Cours la Reine will provide visitors with a magnificent walkway near the Champs-Elysées.

The Grand Palais will also regain its visibility and majesty thanks to night lighting that will highlight its distinctive architecture.

Currently, the Grand Palais hosts fifty or so national and international events each year, attracted by the majesty of the venue, its unique dimensions and exceptional location in the very heart of Paris, despite the operational difficulties. The refurbishment work will capitalise on the building’s strengths, increase its hosting capacity and eliminate the operational constraints.

Opening of Rue des Palais, the Nef and Main Galleries is scheduled for spring 2023.