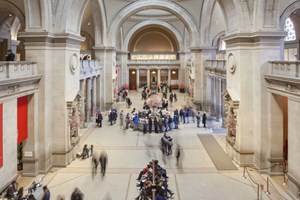 The Metropolitan Museum of Art and The Frick Collection Planning Collaboration To Enable Frick to Use Whitney Museum of American Art’s Breuer Building During Frick’s Upgrade and Renovation.

The Metropolitan Museum of Art and The Frick Collection announced that they are in discussions to bring the Frick’s program temporarily to the Whitney Museum of American Art’s Breuer building while the Frick’s buildings undergo upgrade and renovation. The Met began programming the Marcel Breuer-designed building on Madison Avenue in 2016, through an arrangement with the Whitney that began after the Whitney moved to its current location in downtown Manhattan in 2015. The collaboration would ensure that the public continues to have access to the Frick’s collection, exhibitions, library resources, and education programs. The Frick is anticipated to begin its programming at the Breuer building in late 2020, upon obtaining necessary public approvals of its building project.

The Met has been using The Met Breuer as a temporary exhibition space to invigorate the Museum’s long engagement with modern and contemporary art within the context of its encyclopedic collection. The Museum has developed a plan that expands Modern and Contemporary programming throughout its Fifth Avenue building, including renewing plans to undertake a rebuilding of its Modern and Contemporary galleries in the Lila Acheson Wallace Wing. 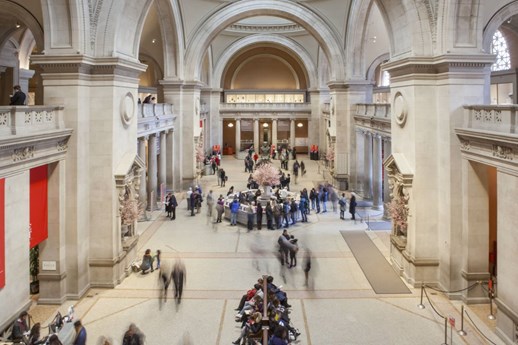 The Metropolitan Museum of Art, nycgo.com

Met President and CEO Daniel H. Weiss says, “Our objective in expanding our programming to The Met Breuer was to present the modern collection and other strengths of our encyclopedic holdings, and to enable our curators to organize cutting-edge exhibitions. We are extremely pleased with the visitor response and critical acclaim for these programs and look forward to building on what we have learned in the years ahead at The Met Fifth Avenue.”

Ian Wardropper, Director of The Frick Collection, comments, “The Frick has been exploring ways to ensure that our visitors can continue to enjoy our collections and have access to our library resources and education programs, as we look forward to the renovation of our home. Collaborating with The Met on a temporary initiative at the Breuer building would enable us to do just that, a mere five blocks away, during a time when the Frick would otherwise need to be closed completely to the public.”

Adam D. Weinberg, the Alice Pratt Brown Director of the Whitney, added, “The Met has been and will continue to be an excellent steward of the Breuer building, and the prospect that the building would serve The Frick Collection in such a creative fashion is very exciting.”

Led by Sheena Wagstaff, the Leonard A. Lauder Chairman of Modern and Contemporary Art, The Met Breuer has received critical and public acclaim for its exhibition program, which has been devoted to telling multiple histories of modernism from across the world, or spanning several centuries, with exhibitions such as Like Life: Sculpture, Color, and the Body (1300–Now) and Unfinished: Thoughts Left Visible, and important exhibitions of artists who were overdue for recognition, including Nasreen Mohamedi, Marisa Merz, Lygia Pape, Kerry James Marshall, and, now on view, Jack Whitten. The Met Breuer has generated strong attendance, and the refurbishment of the Breuer building received numerous community and architectural honors.

Max Hollein, Director of The Met, described the Museum’s upcoming Modern and Contemporary programming: “The Metropolitan Museum of Art has a long, distinguished history in collecting and exhibiting modern art that began in the nineteenth century and continues with the appropriately celebrated programmatic accomplishments of The Met Breuer. We are committed to modern art being part of The Met in a multifaceted and significant way by focusing our energies on the Fifth Avenue building, both in the Lila Acheson Wallace Wing and throughout the Museum. An encyclopedic museum has unique opportunities to display and contextualize modern art in multiple ways and areas. Moving forward, we will focus and manifest this even more at The Met while continuing—until 2020—our outstanding program at The Met Breuer, which has served as a great laboratory for groundbreaking and important exhibitions and continues to inform our concepts for long-term programming at The Met.”

On the planning process for renovating the Modern and Contemporary galleries of its main building, Mr. Weiss said: “Two years ago the prudent course was to prioritize our large capital projects—enabling us to begin the long overdue replacement of skylights for the European Paintings galleries—and to build a financial path toward a balanced budget. With this critical work well on its way, and Max’s arrival, we are now ready to reengage with architect David Chipperfield’s plan for expanded and improved Modern and Contemporary galleries.”

Mr. Hollein announced he is exploring a series of contemporary initiatives at The Met Fifth Avenue, including the possibility of a sculpture commission for the facade of the Museum and installations of contemporary art throughout common areas of the building. “Our building offers so many ways for visitors to engage with art, and where better than on the facade of our iconic building and within our many majestic common spaces.”

The Met also announced selections from its expanded future program for Modern and Contemporary art. In addition to the currently scheduled exhibitions, the Museum will be presenting multiple installations of recent gifts of modern and contemporary art at The Met Breuer and The Met Fifth Avenue.