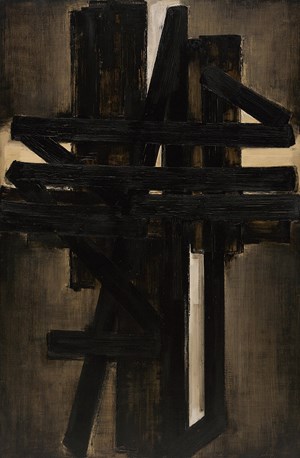 24 December 2019 marks the hundredth birthday of Pierre Soulages, one of the greatest painters of our time. His pictorial production is impressive (more than sixteen hundred canvases) and is accompanied by other creations, limited in number but varied by their techniques: paintings on paper; engravings, serigraphs and lithographs; bronzes; tar on glass and the famous stained glass windows for Sainte-Foy de Conques abbey church.

24 December 2019 marks the hundredth birthday of Pierre Soulages, one of the greatest painters of our time. His pictorial production is impressive (more than sixteen hundred canvases) and is accompanied by other creations, limited in number but varied by their techniques: paintings on paper; engravings, serigraphs and lithographs; bronzes; tar on glass and the famous stained glass windows for Sainte-Foy de Conques abbey church. 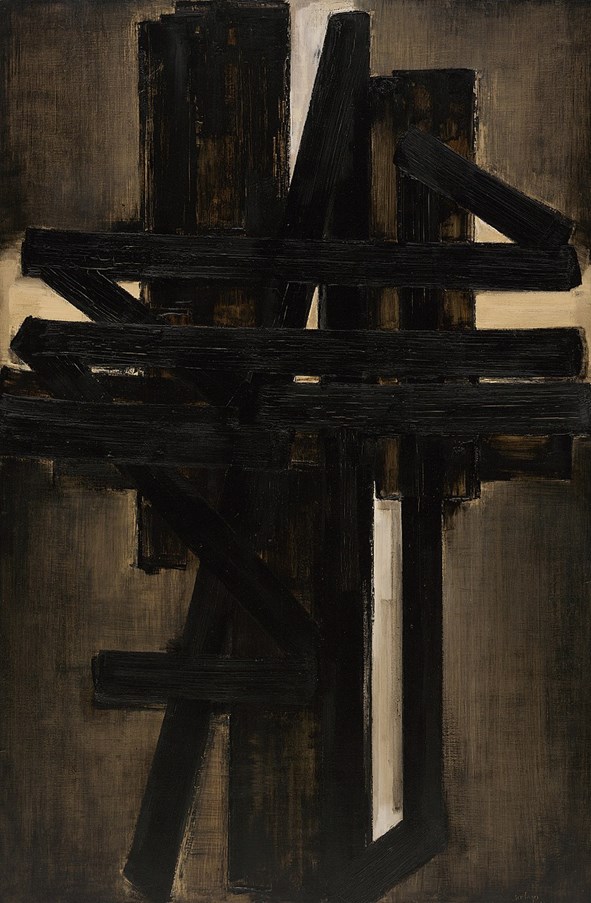 Soulages broke definitively with figurative representation in late 1946, while still challenging historic abstraction like that of Malevich or Mondrian. While still very young, Soulages chose the colour that contains all others: black. He remained very attached to it, so much so that it forms part of his artistic identity. Of major importance in his art, it varies depending on the tools used to apply it, on smooth or rough surfaces, which reveal a multiple and unexpected light. Motivated by his attachment for primitive art and Romanesque art, Soulages elaborated his creation outside all stylistic groups, based on a free and solitary procedure. His very many exhibitions and publications, including numerous interviews, testify to a body of work forged in fidelity while still remaining open to the unexpected. The Musée Soulages in Rodez, inaugurated on 30 May 2014 in the town where he was born, marks the high point of this artistic adventure, experienced alongside his wife, Colette, the most faithful supporter of his work.

The ties between the artist and our institution date back to 1952, when his first work entered our collections following a purchase by the State at the behest of Jean Cassou in 1951. Twenty-five works (dated from 1948 to 2002) are preserved in the Musée National d'Art Moderne and regularly exhibited in our rooms: ten were purchased and fifteen donated, including five by the artist, two by Bernard Gheerbrant, one by the Société des Amis du Centre Pompidou (an etching in two examples) and seven works (five paintings and two graphic works presented here) bequeathed in 2018 by Pierrette Bloch, a painter and friend of Soulages since 1949. In 1967, the Centre Pompidou was the first French museum to devote a solo exhibition to the artist. A few months after the invention of an "other painting", which Soulages named "outrenoir" in 1990-1991, the Centre Pompidou organised the "Soulages, recent paintings" exhibition in the autumn of 1979. And his ninetieth year was marked by the great retrospective in the Centre Pompidou presenting more than one hundred works from 1956 to 2009, and viewed by more than 500,000 visitors.

On the occasion of the centenary of his birth, the Musée du Louvre is dedicating an exhibition to him in the Salon Carré and the Centre Pompidou is devoting two rooms to him with paintings and graphical works from its collections.