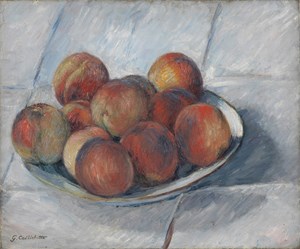 The Van Gogh Museum has secured three new acquisitions for its collection: an Impressionist still life by Gustave Caillebotte, a landscape with a house by Gabriele Münter – the first painting by Münter to enter a Dutch museum – and a significant Vincent van Gogh letter, which he wrote to Albert Aurier in response to the art critic’s comprehensive review praising his work.

Letter from Van Gogh to art critic Aurier, a still life by Caillebotte and a colourful landscape by Münter on display at the museum.

The Van Gogh Museum has secured three new acquisitions for its collection: an Impressionist still life by Gustave Caillebotte, a landscape with a house by Gabriele Münter – the first painting by Münter to enter a Dutch museum – and a significant Vincent van Gogh letter, which he wrote to Albert Aurier in response to the art critic’s comprehensive review praising his work.

The letter, the still life and the landscape go on display today in a special presentation at the museum, in which 13 acquisitions from the 13 past years are used to reflect on Axel Rüger’s 13 years as Director of the Van Gogh Museum.

The museum is delighted with the acquisition of the letter that Vincent van Gogh wrote in February 1890 to poet, author and art critic Albert Aurier (1865-1892). Shortly before, Aurier had published a comprehensive and laudatory review of Van Gogh’s work in a literary magazine. The critic had admired the artist’s work at the Salon des Indépendants in Paris in 1889 and subsequently in 1890 at a Les XXexhibition in Brussels.

Writing from the asylum in Saint-Rémy on 9 or 10 February 1890, Vincent van Gogh penned two full pages to Aurier in response to the article. He thanked the critic profoundly for the poetic review: ‘I rediscover my canvases in your article, but better than they really are — richer, more significant’.

Van Gogh had difficulty simply accepting the compliments in the article. In an emotional tone, he instead shared his insecurities and emphasised the qualities of the artists whom he admired and to whom he believed he was indebted. In the letter, Van Gogh promised to send Aurier a study of cypresses as a token of thanks. In his article, the critic had described the cypresses as ‘nightmarish, flame-like black silhouettes’.

‘Thank you very much for your article in the Mercure de France, which greatly surprised me. I like it very much as a work of art in itself, I feel that you create colours with your words; anyway I rediscover my canvases in your article, but better than they really are — richer, more significant’. 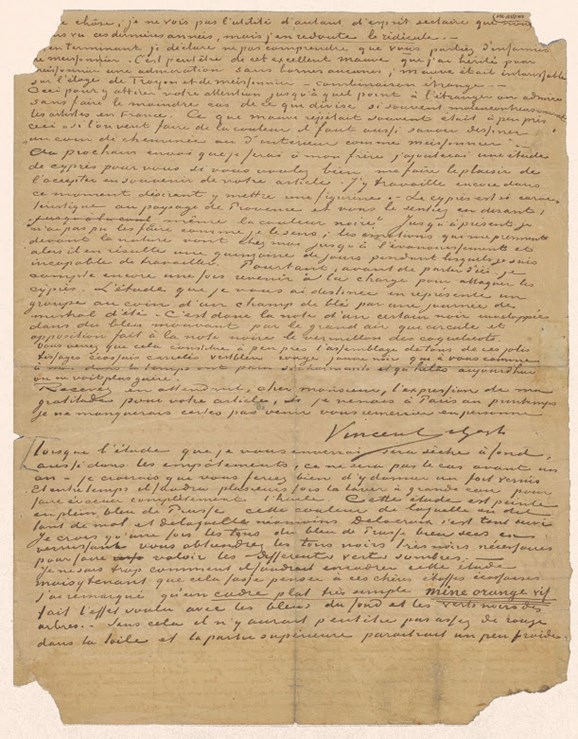 Letter from Vincent van Gogh to Albert Aurier, 9 or 10 February 1890

Several of the works mentioned by Van Gogh in the letter are in the museum’s collection, such as his own Sunflowers, as well as paintings by contemporaries that he identifies as fine and significant works.

Van Gogh’s response to Aurier’s article in this rich letter – in which the artist reflects on his own qualities and on specific works, the nature of Impressionism and the presentation of his work – offers a great deal of insight into Vincent van Gogh the man and his artistic vision, and is therefore considered to be of crucial importance.

The museum has also purchased an exceptional still life by Gustave Caillebotte (1848-1894): Plate with Peaches (c. 1882). Caillebotte was a prominent representative of the Impressionist movement and served as a source of inspiration for Van Gogh.

Caillebotte worked in various genres, but is best known for his depictions of modern city life, as in the painting already in the museum collection. His series of still lifes from the 1880s are less renowned. While the works only form a small portion of the artist’s oeuvre, they are highly progressive. With its radical cropping, shifted perspective and virtuously painted white table, Plate with Peaches has a striking modernity. 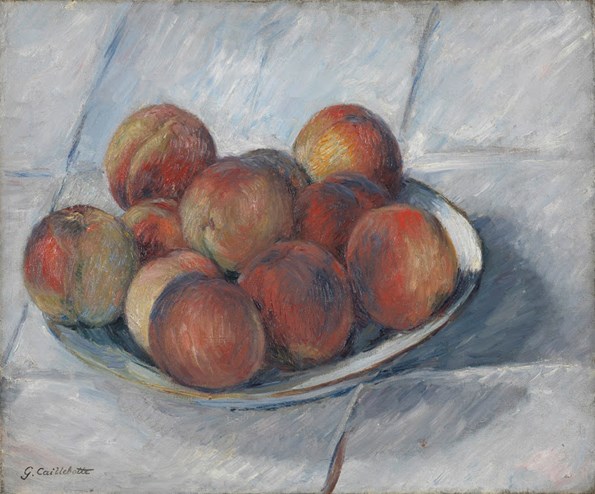 House in the Winter Sun (1909) by Gabriele Münter

The Van Gogh Museum has also acquired a painting by Gabriele Münter (1877-1962): the first painting by this female artist to enter a Dutch public collection. House in the Winter Sun (1909) is characteristic of the oeuvre of this prominent member of the artists’ group Der Blaue Reiter (The Blue Rider); she is renowned for her expressionist landscapes, often featuring colourful houses.

Gabriele Münter painted this work at a crucial turning point in her career, in which she developed a more expressionistic style. Münter was part of the artists’ group Der Blaue Reiter, together with other artists such as Kandinsky and Jawlensky. 1908 is sometimes cited as the year in which Jawlensky, Kandinsky and Münter became acquainted with Van Gogh’s use of colour.

Münter wrote of her relationship with Van Gogh: ‘If I was to have a formal role model – and this was certainly the case between 1908 and 1913; then it would be Van Gogh, via Jawlensky’s theories (his concept of synthesis)’.

We know that Kandinsky and Jawlensky visited exhibitions of Van Gogh’s work in Munich in 1908, probably together with Münter. Reproductions in circulation during this period would also have offered them access to Van Gogh’s work. 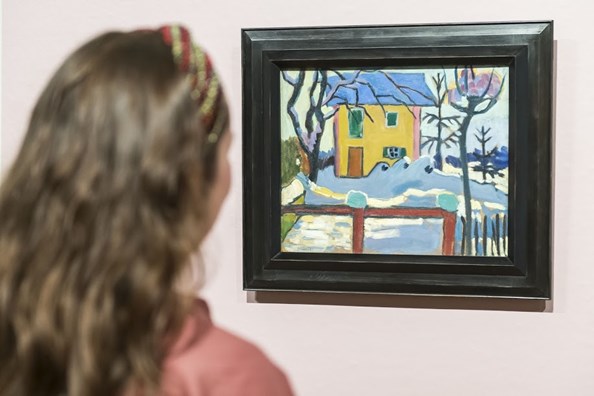 The acquisition of House in the Winter Sun means that the museum can now exhibit a powerful example of how Vincent van Gogh inspired the German expressionists.

Presentation of acquisitions made during Axel Rüger’s directorship

The three acquisitions go on display today in a special presentation at the museum, together with a selection of 10 other works acquired by the museum during the last 13 years: the period in which Axel Rüger was Director of the Van Gogh Museum. The presentation shows how the museum collection has been enhanced with paintings, drawings and prints by a wide range of artists.

Two letters from Van Gogh to his friend Anthon van Rappard, purchased by the museum soon after Rüger became Director, are also on display. The museum has recently acquired another letter by Van Gogh, a fitting final acquisition as Rüger’s directorship comes to an end.

The presentation is an expression of gratitude to Rüger for the enthusiasm and passion with which he has guided and advanced the museum during his years as Director.

The presentation will be on display on the third floor of the museum until 3 June.