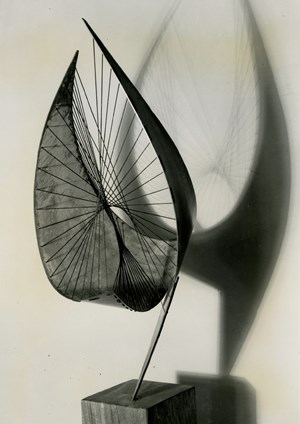 A sculpture by Dame Barbara Hepworth (1903-1975), a sculpture by Denis Mitchell (1912-1993) and a painting by William Scott CBE RA (1913-1989) have been acquired for the nation through the Cultural Gifts Scheme, administered by the Arts Council.

A sculpture by Dame Barbara Hepworth (1903-1975), a sculpture by Denis Mitchell (1912-1993) and a painting by William Scott CBE RA (1913-1989) have been acquired for the nation through the Cultural Gifts Scheme, administered by the Arts Council. 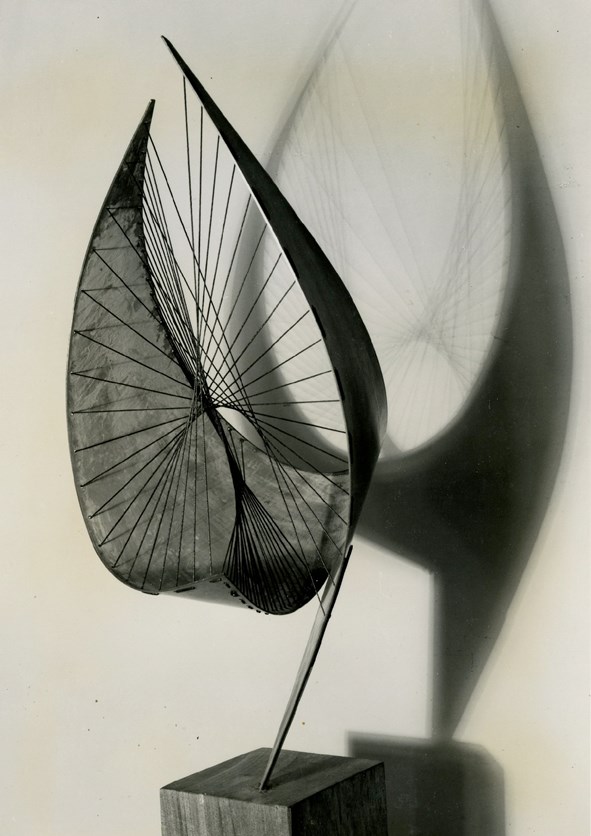 The three works were owned by Nancy Balfour (1911-1997) – art collector and a senior editor at The Economist, who was Chairman and President of the Contemporary Art Society – and given to the public by her niece, Kate Ashbrook.

Hepworth’s Orpheus (Maquette 1), dated 1956, is a bronze sculpture on a wooden base. One of four ‘Orpheus’ works, three of which were editions, this sculpture is an early example of Hepworth’s move from carving predominantly in stone and wood, to including bronze and brass among her materials of choice. Stringed and shaped like a parabola, Orpheus (Maquette 1) may be an allusion to the lyre of the mythical musician.

Trevarrack by Denis Mitchell is a bronze sculpture dated 1961. Mitchell was Hepworth’s assistant from 1949 to 1959, and his work clearly shows her influence. Moving to St Ives at the age of eighteen in 1930, Mitchell became a key figure of the St Ives School.

Small Cornish Landscape by William Scott was painted circa 1953; Scott produced relatively few landscapes in Cornwall like this painting, concentrating mostly on still life. After spending a few months in Cornwall in 1935 and 1936, Scott returned in the early 1950s when the present picture was made. His landscapes from this time show an increased focus on abstraction, with blocks of colour beginning to overcome any sense of figure.

I am delighted that, thanks to the Cultural Gifts Scheme and the generosity of the donor, The Hepworth Wakefield Gallery will benefit from three new brilliant works.

Barbara Hepworth’s work will now join one of Britain’s major collections of modern art. Together with the Scott painting and Mitchell bronze, it will be enjoyed by hundreds of thousands of visitors each year.

All three works have been allocated to The Hepworth Wakefield gallery in West Yorkshire. Opened in 2011, the art gallery was named after Hepworth who was born and brought up in Wakefield; it houses important works by many major modern British and contemporary artists – including Eileen Agar, Wilhelmina Barns-Graham, Patrick Heron, Henry Moore, Ben Nicholson and Graham Sutherland.

We are thrilled that Wakefield’s art collection will receive this generous philanthropic gift. These are three major works of art that will find a perfect home for wide public appreciation and benefit at The Hepworth Wakefield.

‘I am pleased that these striking and important works by British modernist artists have found a permanent home at The Hepworth Wakefield where they will complement the core collection. My aunt, Nancy Balfour - a commanding figure in the modern-art world - could have found no better place for them to live.’’

I am delighted that these three works should be brought into a public collection through the Cultural Gifts Scheme. Hepworth, Mitchell, and Scott were all pre-eminent British modernist artists, and it is fitting that their work should go to The Hepworth Wakefield, one of the foremost museums of modern British art in the UK. I hope that this example will encourage others to use the scheme and continue to support our national collections.