To Vlaanderen with love: Joseph Beuys, Gerhard Richter and Ai Weiwei exhibitions to open in Belgium in October 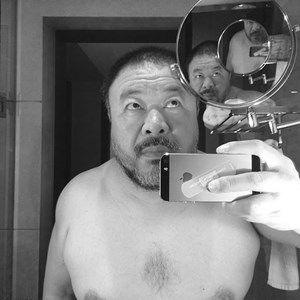 An interesting phenomenon is taking place in Belgium this month (October 2017). Three major art institutions across the country are launching exciting new exhibitions. M HKA in Antwerp will feature an exhibition from Joseph Beuys titled Greetings from the Eurasian. It is the first major exhibition of Beuys work since the 80s. Also in Antwerp, FOMU are preparing to open a solo exhibition from Ai Weiwei, the first of its kind in Belgium. Finally, in Ghent S.M.A.K will become the first museum in Belgium to exhibit work by Gerhard Richter since 1976. Artdependence caught up with Directors from all three institutions to find out more about their thoughts on the triplet of shows.

An interesting phenomenon is taking place in Belgium this month (October 2017). Three major art institutions across the country are launching exciting new exhibitions. M HKA in Antwerp will feature an exhibition from Joseph Beuys titled Greetings from the Eurasian. It is the first major exhibition of Beuys work since the 80s. Also in Antwerp, FOMU are preparing to open a solo exhibition from Ai Weiwei, the first of its kind in Belgium. Finally, in Ghent S.M.A.K will become the first museum in Belgium to exhibit work by Gerhard Richter since 1976.

Artdependence caught up with Directors from all three institutions to find out more about their thoughts on the triplet of shows.

The exhibition includes work from the 90s to the present day. Ai Weiwei is often thought to be one of the world’s most important contemporary artists and a radical activist campaigning for free speech and expression. With radical critiques of human rights violations and abuses of power, his photography is striking and powerful. In this exhibition, his first solo show in Belgium and designed by the artist himself, his photography takes centre stage, including some of his social media posts documenting his life and work.

AD: What make the exhibitions in SMAK and M HKA interesting to you?

Elviera Velghe, Director:  With exhibitions such as The Photographic I, S.M.A.K is addressing topics that are popular amongst artists and that are present in everyday society too. I’m a big fan of their work as they continue to pinpoint contemporary issues. In this way, the museum stands its ground and shows itself to be an integral part of society. Another strength is the way they allow experimentation with their exhibition halls without losing their own identity. The exhibition Metamorphosis featured the work of James Welling. It showed (in an experimental way) how photography and other art forms collide and merge. The Mens erger je niet exhibition included pieces of the S.M.A.K collection that had been voted for by museum guards. Even here, Philippe Van Cauteren dares to push the boundaries of classical museums and diverge from traditional standards and methods.

The M HKA showcase have established artists such as Panamarenko or Joseph Beuys by means of individual exhibitions, whilst also allowing the audience to enjoy the current heritage in group exhibitions. The exhibition of Van Broodthaers tot Braeckman provided is a beautiful overview of Belgian photography in visual art. In this way, the museum keeps its promise to keep contemporary art alive and accessible to everyone. It also dares to present names and topics that are often difficult, such as Show me yours & I’ll show you mine, with work from artists Vaast Colson and Kati Heck, marvelously curated by the ever competent Bart DeBaere. With the exhibition Een tijdelijk toekomsteninstituut, M HKA presented a bold collection that drew on a number of international artists. A risky but successful move. I loved it!

Gerard Richter is widely considered to have re-invented painting in the post war era. This exhibition is organised to mark the artists 85th birthday and is the first exhibition of his works since 1976. The exhibition includes a selection of early pieces including rarely seen curtain and window paintings. It also includes the institutional premiere of a series of new paintings from the artist’s studio. The exhibition explores the shifts that have occurred from the 80s to the present day. It was co-produced with the Kunstmuseum Bonn.

AD: What make the exhibitions in M HKA and FOMU interesting to you?

Philippe Van Cauteren, Artistic Director: Finally Joseph Beuys is getting the attention he deserves. An artist like Joseph Beuys is more actual than any other artist. M HKA will embrace Beuys’ work with the intention of articulating the artist’s contribution to the cultural heritage and knowledge of a region known as Flanders. At the same time – and even more importantly – edit the understanding of his artistic paradigm for a new and younger, sometimes ignorant, audience. M HKA is a museum which is not afraid to face the multifold complexity of both the art world and the world we live in. M HKA equals courage.

FOMU is a museum which fosters the importance of the photographic image with a sense for the dialectic between heritage and actuality, the local and the international. Showing Ai Weiwei is an indication of the perspective with which FOMU looks at photography. More than ever, the impact of the photographic image has to be looked at, studied and presented. FOMU assumes this task with verve. FOMU equals responsibility.

Joseph Beuys – Greetings from the Eurasian

Greetings from the Eurasian features several of the artist’s major works including Eurasienstab, 1968 (Eurasian Staff). Joseph Beuys’ work is deeply influenced by Belgium. In this exhibition, curated by Nav Han, the relevance of the artist’s work is explored in a very modern context. Beuys had a strong notion of ‘Eurasia’, often viewed as part of his anti-Modern sentiment and raising questions about the boundaries between East and West.

AD: What make the exhibitions in S.M.A.K and FOMU interesting to you?

Bart DeBaere, Director: S.M.A.K is a mother ship of contemporary art, the harbour of many referential art works and also a free haven in which art continues to live, even if it is at the same time a prime player in the maturing of the Flemish museum landscape. Under Philippe Van Cauteren SMAK is also further developing its back office expertise and historical depth. The exhibition of early Richter works is a prime example of that. I hope it will contain one of the paintings based on pornographic images Richter showed in 1967 in the Antwerp Wide White Space gallery.

FOMU not only houses a major collection of international photography and photography hardware, but under Elvira Velghe has also became the beloved home base of the photography scene in Flanders, consistently programming exhibitions of an ever higher quality level. With Ai Weiwei, FOMU seems to reach out again to the visual culture and visual art space of M HKA from which it has differentiated itself in the few past years.

It is nice that there will be two major artistic oeuvres from both extremities of Eurasia on show at the same time in Antwerp Zuid; the north-west European ‘Eurocore’ legend Joseph Beuys and the Chinese artist Ai Weiwei.