Chi first picked up a camera while a student at Rutgers. After honing his skills at the International Center of Photography, he landed at The Source (see lot 106), the definitive magazine of Hip Hop culture. It was here that Chi developed relationships with the biggest icons in Hip Hop, including Tupac Shakur, Notorious B.I.G., Mary J. Blige, and LL Cool J, most of whom were not yet famous.

In addition to shooting over 30 cover photos at The Source, Chi was able to capture the musicians in candid, unexpected moments, due to his disarming manner and unique perspective. His photos include some of the most groundbreaking, memorable images of that era, including Tupac Smoking (see lot 91) and Biggie WTC (standing in front of the World Trade Towers see — lot 88). He not only chronicled and defined the most important phase of the Hip Hop movement, now a global force, but he also was able to define the artists and show them as real people, rather than one-dimensional celebrities. 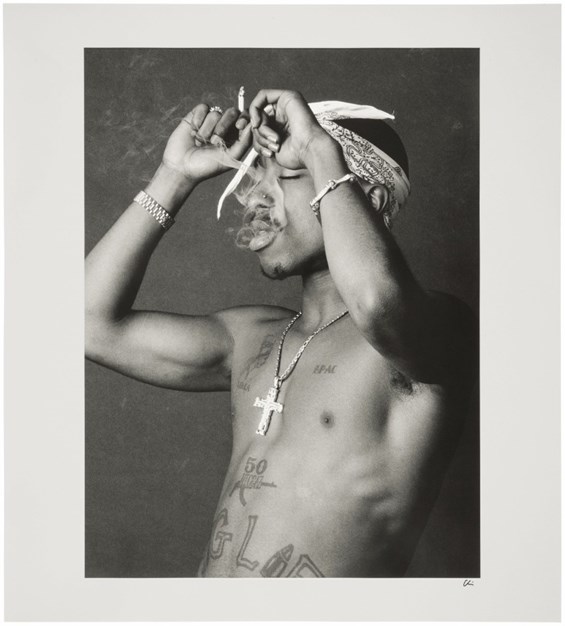