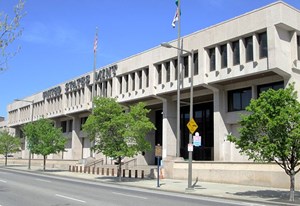 The United States Mint (Mint) is pleased to announce a call for artists to participate in its Artistic Infusion Program (AIP).

The United States Mint (Mint) is pleased to announce a call for artists to participate in its Artistic Infusion Program (AIP). Established in 2003, the AIP serves to enrich and invigorate the design of United States coins and medals by developing a pool of outside artists in graphic design, sculpture, engraving, drawing, painting, and other visual arts. These artists work closely with the United States Mint’s staff, including Sculptor-Engravers, to create and submit new designs for selected coin and medal programs throughout the year. Interested artists are invited to submit applications for consideration.

Artists who join the AIP work under a task order contract from their own studios across America, providing candidate designs in the form of finished drawings. Artists are paid $2,000 to $3,000 per assignment and are awarded a $5,000 bonus if the Secretary of the Treasury selects their design for a coin or medal. In addition to the bonus, the artist’s information is included in historical documents, Certificates of Authenticity, and promotional materials. In most cases, the artist’s initials appear on the final coins or medals along with the initials of the Sculptor-Engraver who sculpted the selected design.

Image on top: The fourth building of the United States Mint in Philadelphia, at 151 North Independence Mall East (N. 5th St.) in the Old City neighborhood, was completed in 1969 and was designed by Vincent G. Kling. It was the world's largest mint when it was built and held that distinction as of January 2009. The full-block building is bounded by Arch Street (south), N. 5th Street (west), Race Street (north) and N. 4th Street (east). ©Beyond My Ken