Update on Authenticity of Works and Future Exhibitions at MSK Ghent 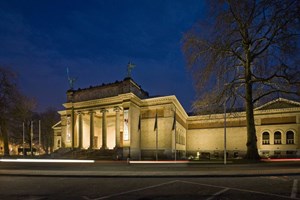 For independent verification of this statement, ArtDependence contacted the press office of the Gemäldegalerie.

The Art Newspaper's reporter Simon Hewitt wrote an extensive essay about the works loaned to the MSK Ghent by the Dieleghem Foundation for an exhibition. It is broadly known by now that there is serious concern about the authenticity of these works. The Flemish Minister of Culture Sven Gatz had installed a commission to specifically investigate the genuine nature of these art pieces. The commission was disbanded due to "a de facto veto of our work," said the commission president Thomas Leysen.

The aforementioned article also states that major museums are now considering refusing loans to the MSK Ghent. The article gave one example, that Berlin's Gemäldegalerie is reconsidering its loans for a 2020 Van Eyck exhibition at the MSK museum.  For independent verification of this statement, ArtDependence contacted the press office of the Gemäldegalerie, who answered: “the Gemäldegalerie is not having second thoughts about lending works to the exhibition.” ArtDependence will continue to monitor and report the confirmed facts of this news story.