‘WOMEN: New Portraits’ by Annie Leibovitz to launch in London in January 2016 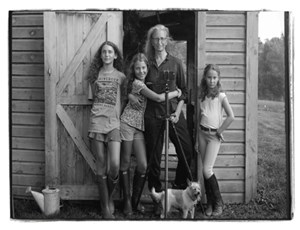 Annie Leibovitz sits on the platform of the press conference room at Somerset House with her book on her lap and lots of notes written on little pieces of paper in her hands. Despite having started her career as a photographer in the seventies with Rolling Stone, having worked for Vanity Fair and Vogue and having taken some of musicians and celebrities’ most iconic portraits, one can see that she doesn’t feel completely comfortable in front of the media.

Annie Leibovitz sits on the platform of the press conference room at Somerset House with her book on her lap and lots of notes written on little pieces of paper in her hands. Despite having started her career as a photographer in the seventies with Rolling Stone, having worked for Vanity Fair and Vogue and having taken some of musicians and celebrities’ most iconic portraits, one can see that she doesn’t feel completely comfortable in front of the media.

Some portrait photographers state that their shyness makes them manage well in this medium because they feel comfortable at creating an intimate space in one-to-one contexts. Indeed, Leibovitz is good at that and, although her images are the result of thoroughly prepared mis-en-scenes, she knows how to capture the essence of every person she photographs.

Hubertus Kuelps, Group Head of Communications & Branding of UBS opens the press conference to present her upcoming exhibition ‘WOMEN: New Portraits’ commissioned by the Swiss banking firm. The show will launch in London in January before travelling to further nine cities.

Encouraged by and in collaboration with her partner Susan Sontag, Leibovitz decided to create a photographic project about women, which at the beginning “felt like photographing the ocean” for the broadness of the subject matter. The series took shape progressively and was first published in 1999, accompanied by an exhibition that opened at the Corcoran Gallery of Art in Washington, D.C.

Probably due to a combination of experience, ambition and, why not, to the fact of being a woman, this is Leibovitz’s most enduring work. In fact, Sontag stated that this was a work-in-progress, which now sees new incorporations.

When UBS asked Annie Leibovitz to update the project, she thought that it was an extraordinary opportunity to expand the project and to explore the changes in the roles of women today. 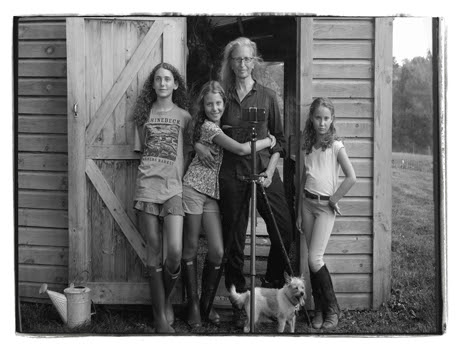 Hubertus Kuelps explains that there were three main reasons for them to commission the project: Annie is the best in her field, her work is incredibly meticulous and UBS has a long tradition of supporting art. In fact, the new photographs will form part of the UBS Art Collection, a corporate collection of contemporary art that comprises more than 30,000 works.

The artist admits that she has had a lot of freedom to develop this new series and that it has been easier for her, compared to the previous women portraits. This is partly because the foundations of the project were laid in 1999 and also because compared to the late nineties, it is easier now to find women in the fields she wanted to cover, “we are more out there”, as the photographer says.

After talking about her career and the purpose of the project, Leibovitz looks relaxed; she has built rapport with her audience. With her arm resting on the back of the chair, she talks about the women she photographed for the previous version of the project. Some of the portraits have become icons throughout the years – like Louise Bourgeois’ profile or Blythe Danner and Gwyneth Paltrow mother-daughter photo. Behind each of them there’s a story and the aim to share, in a photographic language, who the person in front of the camera was at the time of the shooting.

The famous portrait of Ellen DeGeneres holding her breast with the face painted in white and a cigarrete on her lips was taken when the comedian had her TV show cancelled and before appearing on the top lists of the most influential women in the world. Patti Smith walked unexpectedly into Leibovitz studio one day and she took her portrait, “like it usually happens in the movies”, the photographer laughs. The singer had just become a widow and was in a very economic situation, but hers is the portrait of a strong and solid woman with the head held high, just like in Mapplethorpe’s portraits.

Cindy Sherman wanted to disappear in the portrait, so Leibovitz brought ten different Cindy Sherman’s in the studio, alluding to Sherman’s multiple alter egos. The artist also photographed the NASA astronaut Eileen Collins, the first female pilot and commander of a Space Shutter.

Leibovitz also celebrates other aspects about being a woman. One of the most special pictures is the one of her mother, an honest photograph of a woman who didn’t like to be photographed. A series of diptychs show “average” women from Las Vegas next to the stunning and sexy image of themselves in her showgirls working cloths. The book also shows a doctor, a woman from a domestic violence shelter, the girls choir of Harlem and workers from a coal mine.

The updated project remains along the same lines, showing public-figures with remarkable professional careers next to those completely anonymous to the public, but that contribute to explain Leibovitz’s vision of what it means to be a woman nowadays.  So, besides of Venus and Serena Williams we may see the portraits of Caitlyn Jenner, Misty Copeland and Gloria Steinem and one of the most meaningful images in the series, a family portrait of Annie Leibovitz with her daughters Sarah, Susan and Samuelle.

Not many more details about other portraits have been revealed yet, as the whole body of work will be presented for the first time to the public on 16th January 2016 at the Wapping Hydraulic Power station. Throughout the year the show will travel to Tokyo, San Francisco, Hong Kong, Singapore, Mexico City, Istanbul, Frankfurt, New York, and Zurich.