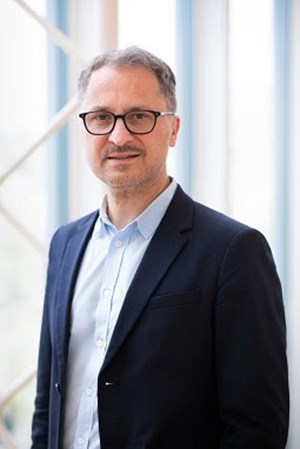 Dr. Yilmaz Dziewior will remain director of the Museum Ludwig. Mayor Henriette Reker will propose to the city council’s main committee that his contract be extended until October 31, 2032.

Mayor Henriette Reker is delighted to continue to have Yilmaz Dziewior as a proven and internationally well-connected expert on contemporary art at the Museum Ludwig.“With his work, Yilmaz Dziewior has made a significant contribution to ensuring that the city of Cologne remains internationally recognized as an art destination and that the Museum Ludwig, with its outstanding collection, can continue to shine with top-notch exhibitions in the future,” Reker emphasized.

“It is fantastic that he can now continue his academically grounded work on current discourses, which contributes to the international renown of the Museum Ludwig. It is no coincidence that he was appointed curator of the German pavilion for the 2022 Venice Biennale. Yilmaz Dziewior not only has a great international reputation and recognition in the art world; his contract extension is also enthusiastically supported by the Peter and Irene Ludwig Foundation and the Gesellschaft für Moderne Kunst am Museum Ludwig.” 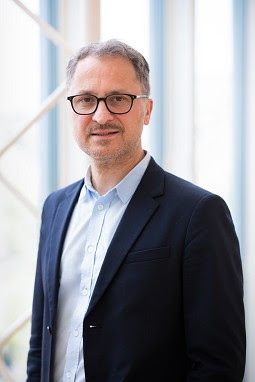 Yilmaz Dziewior has been director of the Museum Ludwig in Cologne since February 1, 2015. “During his tenure, he has continually expanded the museum’s collection, and in this work as well as the exhibition program he has covered socially relevant issues. He has a focus on non-European art and deals with the institution of the museum in experimental formats. The contract extension recognizes the great work by Yilmaz Dziewior and his team here at the Museum Ludwig. I am very happy that we are able to keep Dziewior in Cologne, and I offer him my warmest congratulations,” said Susanne Laugwitz-Aulbach, councilor for art and culture for the city of Cologne.

“I am delighted to continue to be responsible for the Museum Ludwig over the coming years. I also see the extension of my contract as a validation of my previous work at the Museum Ludwig, which, with its outstanding collection and excellent team, is one of the leading institutions for twentieth- and twenty-first-century art. In recent years we have been able to open up the collection and the exhibition program even more to non-European, female, and queer positions. The Museum Ludwig sees itself as both a local, city institution and a global player in international art. Our aim will be to appeal to an even more diverse and broader audience than before in the coming years. The further development of our digital offerings as well as our analog educational work at the museum will be important parts of this,” said Yilmaz Dziewior about his contract extension as director of the Museum Ludwig.

Yilmaz Dziewior, born in 1964 in Bonn, was director of the Kunsthaus Bregenz (KUB), a leading exhibition venue for contemporary art in Europe, from 2009 to 2015. As commissioner, Dziewior curated the Austrian pavilion for the 2015 Venice Biennale. Before working in Bregenz, he was director of the Kunstverein in Hamburg for eight years, during which time he also taught as professor of art theory at the local academy of fine arts.

In early May 2020, foreign Minister Heiko Maas appointed Dziewior as curator of the official German contribution to the fifty-ninth Venice Biennale in 2021. The Biennale has since been postponed by one year to 2022 due to the Coronavirus pandemic.

Dziewior’s work is characterized by a focus on social issues, including identity politics and cultural attributions, and he has a strong interest in art from the African continent (Bodys Isek Kingelez, Marthine Tayou), Latin America and the Caribbean (Diango Hernandez, Gabriel Orozco, Minerva Cuevas), and Asia (Haegue Yang, Danh Vo, Ai Weiwei), having curated major solo exhibitions on several of these artists.

Yilmaz Dziewior takes an interdisciplinary approach, which is particularly evident in exhibitions and projects on architecture (Arno Brandlhuber, raumlabor Berlin, Kuehn Malvezzi, Eckhard Schulze-Fielitz) as well as theater and dance (René Pollesch, She She Pop, Yvonne Rainer). An analysis of the context at hand forms the foundation of his curatorial practice, which is reflected in the approaches taken by his experimental platform at the KUB Arena in Bregenz as well as in the Insertseries of exhibitions and events at the Kunstverein in Hamburg.

Dziewior has also been a regular contributor to Artforum (New York), Camera Austria (Graz), and Texte zur Kunst (Berlin). He is the editor of more than fifty books, including exhibition catalogues, on twentieth- and twenty-first-century art and has also contributed essays to catalogues published by the Stedelijk Museum (Amsterdam), the Hamburger Kunsthalle (Hamburg), the Kunstsammlung Nordrhein-Westfalen (Düsseldorf), and the Museum of Contemporary Art (Los Angeles).