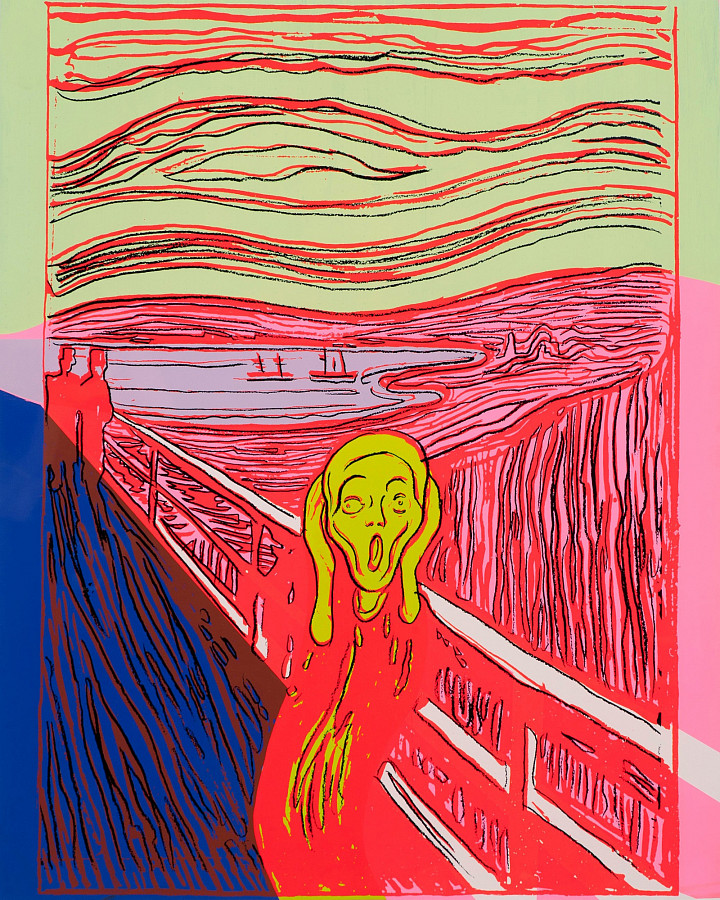 The ALBERTINA Museum is dedicating a brilliant spring exhibition 2022 to Edvard Munch (1863-1944). The comprehensive show is unique in several respects: over 60 works by the Norwegian artist show the impressive oeuvre that is groundbreaking for modern and contemporary art. This is demonstrated by seven important contemporary artists - all greats of the 20th century - who enter into dialogue with Munch: Georg Baselitz, Andy Warhol, Miriam Cahn, Peter Doig, Marlene Dumas, Tracey Emin and Jasper Johns among them. The groups of works selected by the artists themselves impressively illustrate Munch's influence on art up to the present day. They are works that refer to Munch, were influenced by him and were created in the course of an encounter with him.

Munch's influence on posterity is not only related to his melancholic world view: Rather, the focus is on his experimental approach to painting and printing techniques, his unique world of colour, pigment and stroke, which has shaped - and continues to shape - the history of painting. This style makes Munch the most modern artist of the modern age, not to say a contemporary artist of the modern age.

The approaches to Munch are as diverse as the artists themselves: They include Georg Baselitz's forest landscapes and his sometimes indirect portraits of the Norwegian painter, while Andy Warhol once again recreates icons in his own way. Marlene Dumas deals intensively with fundamental questions of human experience, places themes such as love, identity, racism, but also death or mourning at the centre of her work and thus directly follows Munch's thematic focus. Miriam Cahn also focuses on human emotion, from powerless despair and fear to unbridled aggression. For Peter Doig, the materiality in Munch's paintings as well as the iconology of humanity's alienation from itself is an essential point of reference in the works of the Norwegian. Tracey Emin's paintings and multimedia works are informed by traumatic personal experiences and tie in with the autobiographical nature of Munch's work.

The time period of the artists has also been chosen with care, as with the work of the 1980s by Georg Baselitz or that decade in Tracey Emin's oeuvre in which the artist dealt intensively with Munch and then finally also made her new development.

Munch. In Dialogue focuses primarily on Munch's later work. The show follows on from the ALBERTINA Museum's record-breaking exhibitions on Munch in 2003 and 2015 and is supported by the Munch Museet and the National Museum of Art, Architecture and Design (Oslo), as well as numerous other international institutions and private collections.