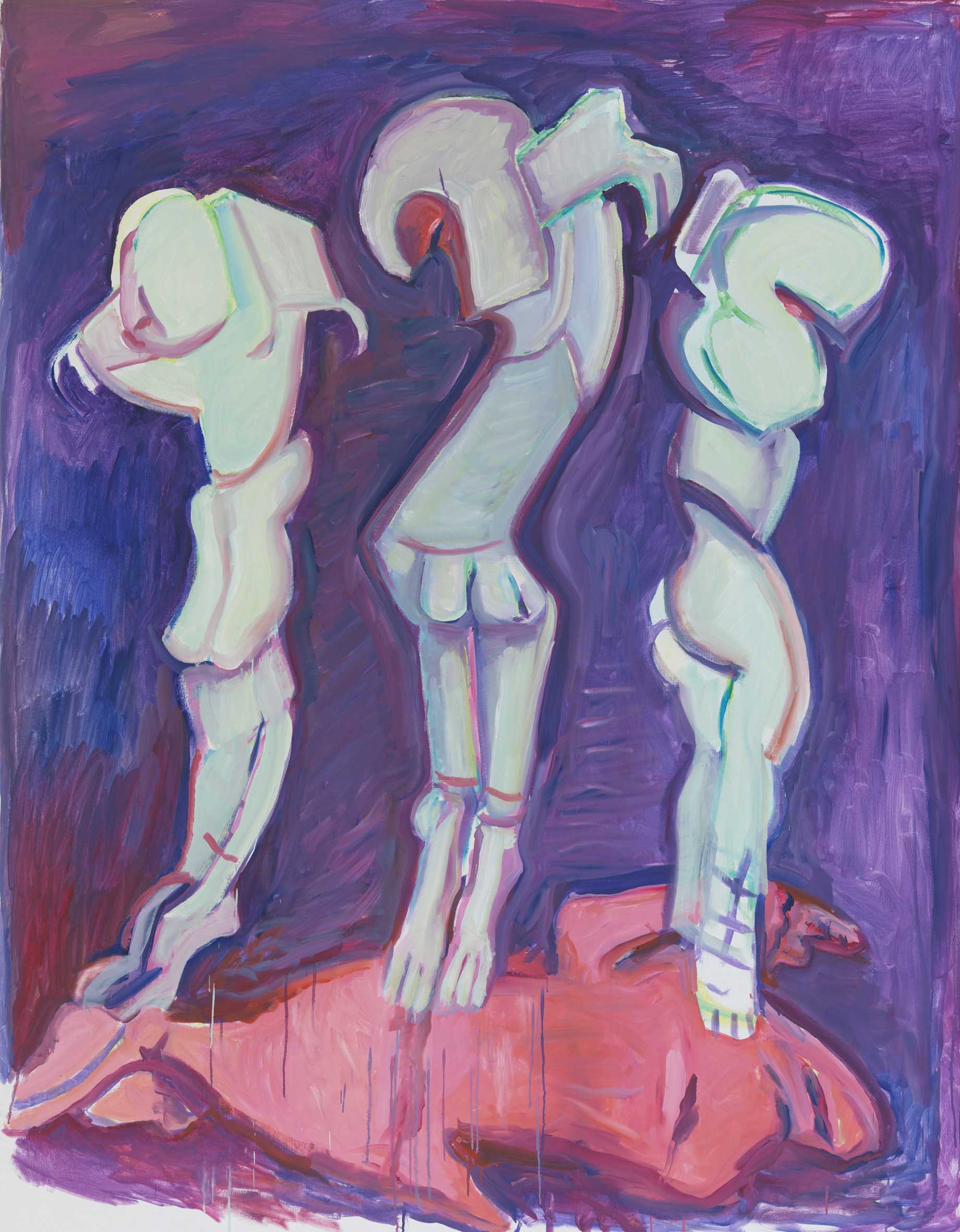 Like an emotional and artistic ordeal, the exhibition Maria Lassnig – Staying Alertcomprises a selection of works by the artist (1919-2014) ranging from her earliest creations to one of the last large-format paintings of her oeuvre. The title’s ambivalent connotations of “not getting tired, not resting” but also of “staying mentally alert and curious” characterize not only Lassnig’s work, but also her quite distinctive personality.

With almost 40 works, the Kunstmuseum Bonn presents a significant selection of works by the artist, whose leitmotifs are the examination of herself, her perception in general and that of her body in particular, as well as the presence of the “other.” The exhibition displays the creative conflict of her thinking in individual exhibition spaces arranged according to subjects such as language vs. speechlessness or photography vs. painting. The origin of her imagery as a form of visual thinking and bodily cognition is based on intense self-perception. This form of perception is exclusive and self-isolation is one consequence of it, deficiencies in social communication another.

In the process of creating a picture, Lassnig does not solely focus on visual perception. In fact, her entire body becomes the basis of her artistic work, which – especially in times of the pandemic and the experience of isolation and introspection – gains a very topical relevance for the viewers. In an almost visionary way, her works make visible the conflict of our fundamentally changing body awareness at the beginning of the 21st century. Paradoxically, although she focuses intensely on her self, Maria Lassnig has created images of existential significance that go far beyond the individual being.