5 Ukrainian Photographers to Watch in 2020 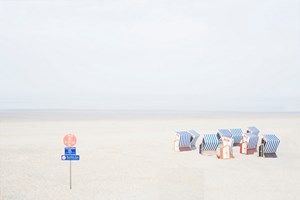 The Ukrainian arts scene is increasingly making its mark. Painter Ivan Marchuk was featured in The Daily Telegraph’s list of top 100 living geniuses. Oleg Tistol’s work is internationally recognized. He represented the Ukraine in the Sao Paulo Art Biennale in 1994 and the Venice Biennale in 2001. Eugenia Gapchinska’s adorable chubby angels have started a national meme that is quickly moving into international consciousness.

The Ukrainian arts scene is increasingly making its mark. Painter Ivan Marchuk was featured in The Daily Telegraph’s list of top 100 living geniuses. Oleg Tistol’s work is internationally recognized. He represented the Ukraine in the Sao Paulo Art Biennale in 1994 and the Venice Biennale in 2001. Eugenia Gapchinska’s adorable chubby angels have started a national meme that is quickly moving into international consciousness.

It’s no coincidence that the nation is experiencing a rush of attention when it comes to the arts. The Ukraine has been actively nurturing young talent for several years. The Pinchuk Art Centre in Kyiv is leading the way in terms of contemporary art, whilst international art fair, Kyiv Art Week, runs every spring, drawing art critics and enthusiasts from around the world with installations and special art projects around the city.

But despite this boom, little is being done to promote the work of Ukrainian photographers. There is a wide pool of creative talent behind the lens in the Ukraine, but few photographers are represented at art fairs or international showcases. When we approached the organisers of a leading Ukrainian art fair for a comment on the photography scene in the country and why it is so under-represented, they declined. No clear reason was given.

In an attempt to fill this gap and shed light on the talent within the region, ArtDependence has selected five Ukrainian photographers to watch in 2020.

Dimitri Bogachuk lives and works in Vyshneve in the Kiyvska region and is a graduate of the National Academy of Culture and Art. His work is contemplative, mixing soft pastel colors with atmospheric images that evoke a feeling of silence and serenity. He captures the stillness of the sea on a cold morning, the chill of a snowy landscape – images that feel familiar and emotive, nostalgic and close. His photographs are held in private collections in the USA, Japan, Mexico, France, Kuwait and Austria amongst others. Vladislav Krasnoshchok and Sergiy Lebedynskyy have been taking photographs for more than a decade. Before becoming a photographer, Sergiy was an engineer and Vladislav was a doctor. Together, they looked for a visual language that embodied a strong social positive and aesthetic force. In 2010 they founded the Shilo Group, a collective in which authors create individual and group projects that explore the current situation in the Ukraine through the dialogue between soviet and post-soviet cultural codes. Lebedynskyy is also the founder of the Museum of Kharkiv School of Photography. Their works are included in the collections of Museum of Fine Arts Houston, Kiyosato Museum of Photographic Arts, The Joaquim Paiva Collection/Museum of Modern Art of Rio de Janeiro, The Lumiere Brothers Center for Photography, Museum of Photo Art Kolomna and Museum of Kharkiv School of Photography. Sergey Melnitchenko is a Ukrainian photographer who has been said to “confidently demonstrate not only mature authorial language but also a powerful presence at exhibitions”. Melnitchenko is known for his prolific body of work and his involvement with the Kharkiv School of Photography. His work has also appeared at the VOTA Art Fair in Basel. Melnitchenko has a large collection of past works including more than twenty independent projects. He is committed to invention and experimentation in his work. His photography is atypical and expressive of a unique perspective and eye. Dondyuk was born in 1983 in Ukraine and is a photographer and visual artist. Each of his photography projects represents an in-depth study of a particular theme. Taking a distant perspective, he exposes his own emotional experience and reaction to being a photographer in the presence of his subject. In 2020, Dondyuk’s work will be represented by Nil Gallery (Paris, France) and will be exhibited there in the New Year. He will also be appearing at Art on Paper NYC as well aswell as Mia Photo Fair in Milan. Between Life and Death (2017, this is Maxim’s reflection on wars, showed through the war in the eastern Ukraine).

The Biennale of Photography in Bogota (Colombia)

Finalist for the W. Eugene Smith Grant in Humanistic Photography