Interview with Jens Faurschou, VR as a Game Changer

'Virtual Reality is impacting the Arts in fascinating and divergent ways that can be explained by focusing on the three following areas: the way we experience art, the space in which it is displayed and its financial structure. VR is reshaping the social dimension of our art experience. Artists are always looking for ways to empower audiences to shape their experience within artworks. '

Over a very short period since its establishment in 2011 Faurschou Foundation has profiled itself as a significant art institution with solo exhibitions of among other artists Ai Weiwei, Cai Guo-Qiang, Louise Bourgeois, Shirin Neshat, Gabriel Orozco, Danh Vo, and Bill Viola.

ArtDependence Magazine, Etienne Verbist (AD):  Who are you and why do you do what you do? 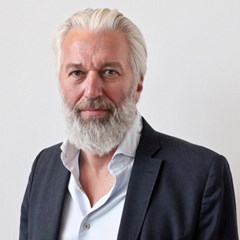 Originally, I operated the commercial gallery, Galleri Faurschou (1986 - 2011), but decided to close the gallery in 2011 in order to open the non-commercial entity, Faurschou Foundation, which now has exhibition spaces in Copenhagen and Beijing.

JF: My goal, and that of Khora Contemporary, is primarily to establish Virtual Reality as a widely applied medium within the arts. We’re involved in the production of Virtual Reality artworks, enabling the evolution of VR by making the technology accessible to the best established and emerging artists. Equally, we play an active role in distributing the artworks we produce, stimulating the market for VR art by growing the collector base and the presence of VR in public institutions. We’re actively responding to the new modes of collecting and displaying art made possible by the development of digital media and want to facilitate public art institutions in doing the same.

AD: Do you see VR as a game changer for the arts?

JF: Virtual Reality is impacting the Arts in fascinating and divergent ways that can be explained by focusing on the three following areas: the way we experience art, the space in which it is displayed and its financial structure.

With the advent of VR it is possible to explore new art spaces, or non-art spaces; the qualities of the white cube are no longer pre-requisites as VR headsets are completely immersive. This gives us flexibility to redefine how we present artworks. Equally traditional art spaces – museums, galleries – are having to reshape themselves to accommodate VR. We have developed the idea of the ‘VR room’, offering to facilitate the creation of VR spaces within existing institutions.

As a new medium, the market for VR art is young and  the financial model is ever-changing; we are experimenting with new ways of generating income. We sell VR artworks in a traditional way, as editions. We are also looking for ways of monetizing experience, through ticket sales and subscription models. We are conscious that younger generations are less concerned with ownership of goods, including art, and more interested in experience. We are adapting accordingly.

AD: How do you think Collectors and Museums can collaborate to explore new audiences, business models and creativity through 360 Experiences?

JF: The assimilation of VR into art is inevitable. Institutions should act fast to accommodate growing demand. This means both making the technology available in galleries and museums and incorporating VR art into collections.

It’s important to acknowledge the crucial role that VR artists and museums play at this time. VR art is at an early and highly malleable stage. The way the work is created and displayed now will be referenced as the historic origins of the medium and define how it evolves. Art institutions have a fantastic opportunity now and over the next few years to experiment with innovative ways of displaying the work to draw in new audiences.

AD: What is the future of art?

JF: We should not look at the future of art as a disconnected and distant reality. We should think of VR as an enhancement rather than a radical change. New modes of art production do not break from the past but rather are the logical extension of it, building on traditional ways of working. The way we produce VR at Khora Contemporary draws from the traditional studio model in the sense that it is a collective effort led by the vision of one artist. The artwork originates with the artist’s idea, which our team of producers work collectively to faithfully reproduce in VR.

Equally, VR art exists in conjunction to and in dialogue with more traditional modes such as sculpture and painting. If anything they are reviving these spheres by drawing new audiences into art institutions. New and traditional media will evolve in dialogue with one another. VR is transforming the social dimension of art. The making and experiencing of art have always been collective experiences but now through VR we are seeing this take shape in new ways: digital art studios, expanded art audience, and the potential of collective ownership.

AD: About the art market

JF: With the advent of a new medium, we have had to consider how we could stimulate the market for VR art. Our focus is to ensure and elevate the quality of the VR artworks being produced. We have enlisted Khora’s expertise in the VR field to ensure that all our artworks are produced to the best standard. We expect that as the quality of VR artworks continues to improve and the number of artists working in the medium increases, and given the consistently high audience demand for VR in art institutions, the market for VR artworks will fluidify.

We are also very aware that the art market itself is shifting and we would like to accommodate new demand; collective ownership is becoming a more current and accepted phenomenon, as well as art rental and subscription-based access. Our VR artworks are currently sold as editions but we expect to generate income by capitalising on the demand for experiencing VR; this may soon prove to be as lucrative as selling the artwork.

JF: The artist has a crucial role to develop VR in interesting ways. As some of the first working in this new field, VR artists of today will forever be referenced as the defining figures in the development of the medium. They have a duty to experiment with all the facets of the technology and push it to its limits. That said, the role of the artist is timeless in the sense that their goal is the same as it has always been: to reflect the world in interesting and probing ways. The technology should facilitate the artist’s idea/commentary, not define it.

AD: What role does art funding have?

JF: Art funding is crucial at this stage as the market for VR art is still in its nascent stage; it enables us to take on a greater number of productions and facilitates the exhibiting of VR art. Thankfully, there is a lot of funding available for VR endeavours, reflecting the interest in the new medium and the desire for progress.