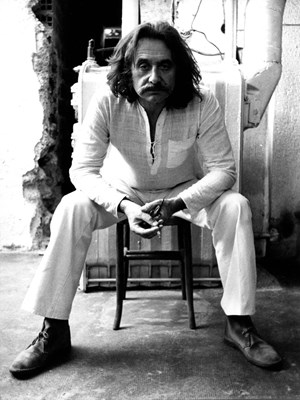 "We read with regret that the museum has decided to cancel the exhibition as well as to release statements to the public that are misleading. Rather than enter into a constructive dialogue, for the past few months the curator chose to conduct the conversation about this exhibition in an adversarial and divisive fashion.  In that spirit she also refused to detail her curatorial outline of the exhibition and her choice of works until a late date. At that point the estate could only either relent to pressure or seek a dialogue to balance Mr. Sottsass’ spirit and legacy with a museum team that had done little research and was more interested in the public relations aspect of the exhibition.

This development is symptomatic of recent events at the Stedelijk Museum, during which it became evident that both managerial and curatorial leadership and stewardship have been amiss in recent years. This ‘gallery’ and the estate of Ettore Sottsass have in recent years collaborated with and loaned to exhibitions at numerous major institutions and venues worldwide, including in Tokyo, Milan, Paris, New York and Venice. All of these exhibitions took place in close communication with the respective curatorial teams and in a spirit of mutual respect. It is needless to say that none of these institutions had been dictated to regarding any aspect of the respective exhibitions but rather supported in their research and in helping source the appropriate artwork.

This turn of events is doubly regretful as the Stedelijk had indeed maintained a close relationship with Ettore Sottsass for many years. The strong relationship predates the current curator and leadership by decades and  enabled the museum to acquire the major works mentioned by the museum’s press release in the first place, most of which from this gallery and the estate. The exhibition had been on the drawing board for many years, but the curatorial direction had abruptly changed.

The estate of Sottsass regrets that the Dutch public will not be able to see an exhibition that originally promised to be a landmark for the institution. There are several other exhibitions in the works and we trust that Mr. Sottsass’ legacy will be well represented in literature and exhibitions for many years to come."