£9.5 Million Work by Founder of Pre-Raphaelite Brotherhood John Everett Millais is Now at Risk of Permanently Leaving the UK 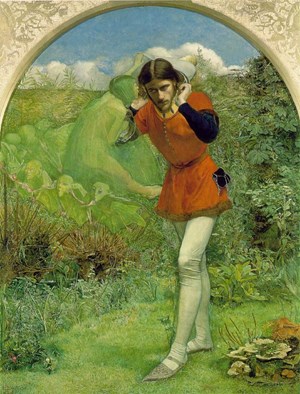 Arts Minister Rebecca Pow has placed a temporary export bar on Millais’ ‘Ferdinand Lured by Ariel’ to provide an opportunity to keep the painting in the country. Valued at £9,500,000 the painting was completed by John Everett Millais, the father of the Pre-Raphaelite movement. The work is at risk of export unless a UK buyer can be found to keep it in the UK where it would be put on public display.

Arts Minister Rebecca Pow has placed a temporary export bar on Millais’ ‘Ferdinand Lured by Ariel’ to provide an opportunity to keep the painting in the country.

Valued at £9,500,000 the painting was completed by John Everett Millais, the father of the Pre-Raphaelite movement. The work is at risk of export unless a UK buyer can be found to keep it in the UK where it would be put on public display. 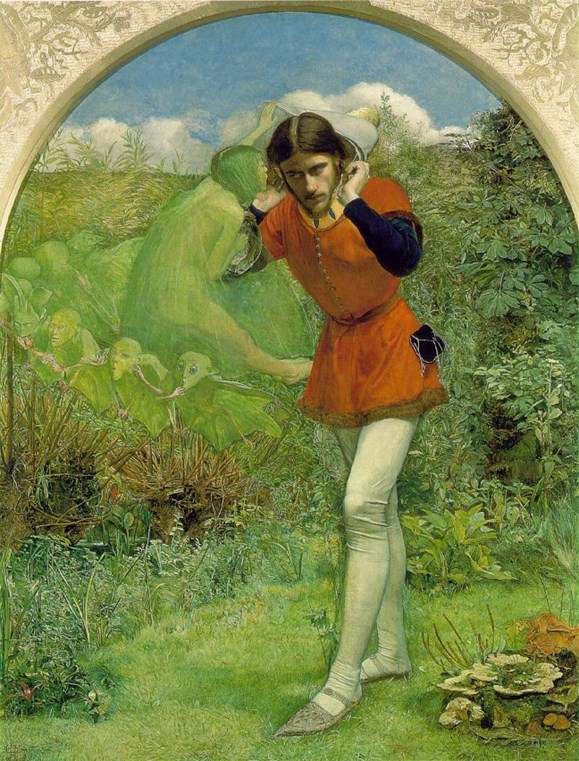 ‘Ferdinand Lured by Ariel’ is a key early work in the history of the Pre-Raphaelite movement, radical in its use of colour and its approach to detail, and was the artist’s first work completed outdoors. The painting shows the character of Ferdinand from William Shakespeare’s ‘The Tempest’. Having been shipwrecked on Prospero’s enchanted island, Ferdinand is lured by Ariel, the magician’s servant, towards his master by whispering that the prince’s father has been drowned.

Millais is one of the most famous and recognisable members of the Pre-Raphaelite Brotherhood with his work still aweing audiences hundreds of years later.

This artistic movement is a key part of British history and this is why we must keep this important work in the country.

John Everett Millais (1829 - 1896) was an English painter and one of the founders of the influential Pre-Raphaelite Brotherhood. A child prodigy, Millais entered the Royal Academy at the age of 11, their youngest ever student, and went on to become one of the foremost artists of his day.

Founded in 1848, the Pre-Raphaelite Brotherhood was made up of English painters, poets and art critics. Its aims were to eschew convention, express genuine ideas, study nature attentively, and produce excellent works of art. The group remained close for less than five years and the painting at risk of export is one of only four Millais works completed during the short lifetime of the Pre-Raphaelite Brotherhood to remain in private hands.

Millais went on to have a successful career and became one of the most celebrated and wealthiest artists of his day. He died in 1896, shortly after he was elected President of the Royal Society.

This beautiful painting is a summation of everything English. A novel interpretation of an episode from Shakespeare, it is set in a minutely observed English garden in the summer. The more one looks, the more one sees.

You can almost hear the singing of the birds, the fluttering of the butterflies, the rustling of the insects and smell the scent of the flowers. Such close observation was unique to the Pre-Raphaelites, one of the very few distinctively British art movements. An epitome of its type and of Englishness, I hope a British institution will find the means to keep it in this country.

The Minister’s decision follows the advice of the Reviewing Committee on the Export of Works of Art and Objects of Cultural Interest (RCEWA). The committee noted Millais’ extraordinary skill in capturing a moment in the text of the play and that the novelty of the artist’s depiction of the subject was a rich vein for future research.

The RCEWA made its recommendation on the grounds of the painting’s outstanding importance for the study of the history of collecting, the pre-eminent place of the Pre-Raphaelite Brotherhood in the development and influence of 19th century British art and the brilliance of its composition and execution.

The decision on the export licence applications for the painting will be deferred until 15 November 2019. This may be extended until 15 May 2020 if a serious intention to raise funds to purchase it is made at the recommended price of £9,500,000.