A New Photography Exhibition is Changing Perceptions of Molenbeek 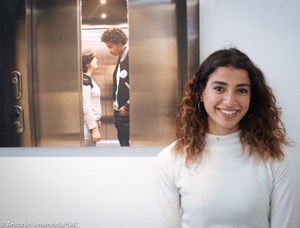 Molenbeek is a unique neighbourhood. An overpopulated area not far from the centre of Brussels, the city has become well known after the terrorist attacks that have taken place in Paris and Brussels over the last few years. Many of the terrorists involved in the attacks have come from this area.

Note from Artdependence: This article was originally posted in Attribune magazine. They have generously allowed us to release a translated version.

A new photo exhibition sheds light on the difficulties faced by residents of the Molenbeek district in Brussels. The exhibition is staged by not-for-profit organisation Shoot 4 Change and aims to help the city shed its image as a breeding ground for terrorists.

Molenbeek is a unique neighbourhood. An overpopulated area not far from the centre of Brussels, the city has become well known after the terrorist attacks that have taken place in Paris and Brussels over the last few years. Many of the terrorists involved in the attacks have come from this area.

After the Second World War many new settlers arrived in Molenbeek, searching for security and happiness. Today, the city is home to tens of thousands of second-generation immigrants, many of whom desire nothing more than normality. A very small proportion are falling prey to the draws of radicalisation.

The exhibition is called Inspiring Art 1180 and will be held in the city’s House of Culture and Social Cohesion. It will aim to portray neighbourhood life from a different perspective.

Shoot 4 Change, an international not-for-profit dedicated to photography that deals with social issues, have invited 20 young people to tell the story of their neighbourhood through a series of photographs.

The images show a different side to Molenbeek, far-removed from the over-simplified story we get from international media. As a result, we see a neighbourhood that has attempted to outpace poverty through community involvement and projects. The city is home to thousands of second-generation immigrant youth whose lives differ greatly from the pervading stereotypes.

Even though they may have Arab names, these young people are European citizens. They are born and raised in Belgium and they study and work in the city just like anyone else their age.

These young photographers use the camera to document life in their neighbourhood, but also to express themselves, to use the language of art to show the world from their perspective. Photography is a particularly useful tool because public opinion on social issues is often deeply impacted through imagery.

More information about the exhibition is here.