Andreas Beitin to Become New Director of the Kunstmuseum Wolfsburg 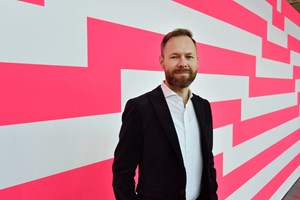 On April 1, 2019, Andreas Beitin will take over as head of the Kunstmuseum Wolfsburg. The art historian has been Director of the Ludwig Forum for International Art in Aachen since February 2016. "What particularly appeals to me, in addition to the focus on contemporary art at the Kunstmuseum Wolfsburg, is the opportunity to realize exhibitions with artistic positions from the classical modern period", Andreas Beitin.

On April 1, 2019, Andreas Beitin will take over as head of the Kunstmuseum Wolfsburg. The art historian has been Director of the Ludwig Forum for International Art in Aachen since February 2016.

In November of this year, the exhibition Flashes of the Future. The Art of the 1968 Generation or The Power of the Powerless, substantially conceived by Andreas Beitin, was named “Exhibition of the Year 2018” by the German section of the International Association of Art Critics (AICA). Together with Brigitte Franzen and Holger Otten, he was honored in 2017 with the renowned Justus Bier Prize for Curators for the exhibition Mies van der Rohe. The MoMA Collages at the Ludwig Forum. 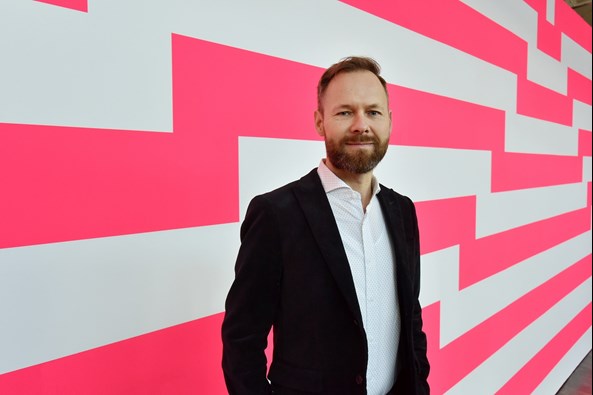 Andreas Beitin’s exhibition Thrill of Deception. From Ancient Art to Virtual Reality, conceived in cooperation with the Kunsthalle der Hypo-Kulturstiftung is currently on view in Munich. The exhibition, highly praised by both the press and the public, has been seen by over 200,000 visitors to date and will be presented at the Ludwig Forum in Aachen from February 22 through June 30, 2019.

Born in 1968, Beitin studied Art History, Applied Cultural Studies, and Modern & Contemporary History. He wrote his doctoral dissertation on the motif of the scream in German painting and graphic art of the twentieth century. From 2004 to 2015, he held various positions at the ZKM | Center for Art and Media in Karlsruhe, most recently as Director of the ZKM | Museum of Contemporary Art; during this time, he was significantly involved in roughly seventy exhibitions.

Andreas Beitin: “I am very pleased to become Director of the Kunstmuseum Wolfsburg as of April next year. I have been following the museum’s program with great interest for many years and have always been enthusiastic about the impressive opportunities for exhibitions there. What particularly appeals to me, in addition to the focus on contemporary art at the Kunstmuseum Wolfsburg, is the opportunity to realize exhibitions with artistic positions from the classical modern period. It is also important to me to communicate the contents generated together with the curatorial team to visitors in a state-of-the-art manner with the help of a broad-based and innovative art education program; I would like to expand the museum’s collection. Together with the museum’s team, I would like to position the Kunstmuseum Wolfsburg internationally, but also be open to new audiences locally and create an attractive location for cultural education in times of social upheaval.”

Andreas Beitin succeeds Ralf Beil, who has recently left the Kunstmuseum. Otmar Böhmer, Managing Director of the Kunstmuseum Wolfsburg and Member of the Board of the Kunststiftung Volkswagen, will take over as interim director until March 31, 2019.

Hans Dieter Pötsch, Chairman of the Board of Trustees of the Kunststiftung Volkswagen: “We look forward to working with Dr. Beitin, an experienced museum director and exhibition organizer. Not least of all the recognition of his work by the International Association of Art Critics (AICA), which named the Ludwig Forum in Aachen ‘Museum of the Year 2018,’ confirms our decision.”