Ashmolean Uncovers a Painting from Rembrand's Workshop in Museum Stores 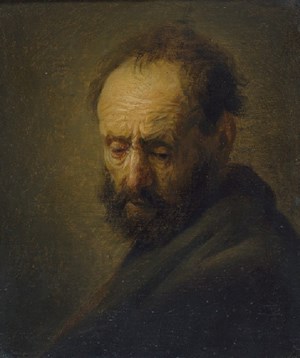 The Ashmolean has uncovered a painting in its stores, bequeathed to the Museum in 1951, which can now be confirmed as having been painted in Rembrandt’s workshop in c. 1630. The tiny picture, Head of a Bearded Man, is a portrait study of an old man with a downcast gaze, typical of Rembrandt’s work at this time.

The Ashmolean has uncovered a painting in its stores, bequeathed to the Museum in 1951, which can now be confirmed as having been painted in Rembrandt’s workshop in c. 1630.  The tiny picture, Head of a Bearded Man, is a portrait study of an old man with a downcast gaze, typical of Rembrandt’s work at this time.  The painting will be put on display (from 2 September 2020) in the critically acclaimed Young Rembrandt exhibition where it can be seen alongside other works of the same period, before undergoing further study and conservation in the Ashmolean’s labs to determine whether there is evidence of Rembrandt’s own hand in the work. 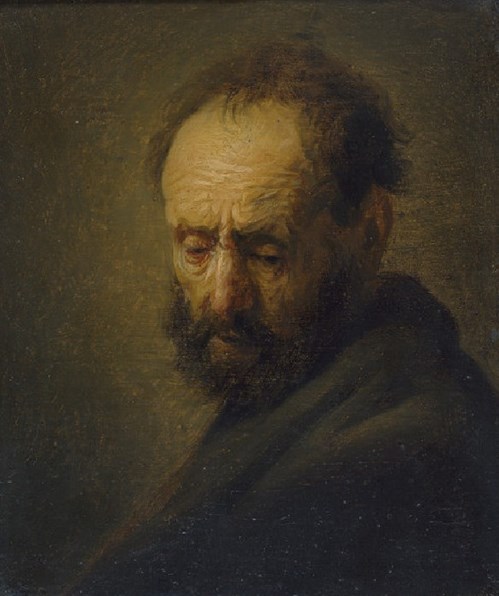 The painting was bequeathed to the Museum by a British art collector and dealer and entered the collection as an early Rembrandt.  A printed label stuck to the back of the painting has been cut out from the catalogue of a Paris auction which took place on 25 February 1777.  The text reads: ‘A Head of an Old Man, painted by Rembrandt. Very (realistic/ true to nature?) colour; height, six pouces by five wide.’  But it was rejected in 1982 by the leading authorities on Rembrandt’s work, ‘the Rembrandt Research Project’, who believed it to be the best of a number of copies of a lost original.  Another version is in the Museum of Fine Arts in Houston.

Taking the Young Rembrandt exhibition as an opportunity to re-examine the painting, Curator An Van Camp and Conservators Jevon Thistlewood and Morwenna Blewett, brought the picture out of the stores to analyse it with the help of Professor Peter Klein, an internationally renowned dendrochronologist.  He has established that the wood panel on which it is painted comes from the same tree used for Rembrandt’s Andromeda Chained to the Rocks (c. 1630, Mauritshaus, The Hague) and Jan Lievens’s Portrait of Rembrandt’s Mother (c. 1630, Staatliche Kunstsammlungen, Dresden), both painted when the artists were working in Leiden.

Professor Klein says: ‘Dendrochronology is a method for dating wooden objects by analysing the growth rings of the tree and determining its felling date.  The Ashmolean’s Head of a Bearded Manwas painted on a panel which came from an oak tree in the Baltic region, felled between 1618 and 1628, and used in two known works by Rembrandt and Lievens.  Allowing a minimum of two years for the seasoning of the wood, we can firmly date the portrait to 1620-30’

The painting depicts an elderly balding man in melancholy contemplation.  Despite overpainting and layers of discoloured varnish, expressive brushstrokes show through and convey the troubled face.  Head studies such as this are typical of Rembrandt’s work in Leiden and were eagerly collected by contemporaries.

An Van Camp says: ‘As a curator it is incredibly exciting to find out that a previously unidentified painting can be placed in the workshop of one of the most famous artists of all times. I am delighted to have the chance to show the panel in our exhibition where it can be seen alongside other works painted in Rembrandt’s workshop at the same time.’

Jevon Thistlewood says: ‘Examination of this small painting suggests that prior to the earliest known photograph (published in 1936), touches of paint were added by an unknown hand which have considerably disrupted the subtle illusion of depth and movement.  When the exhibition closes we will begin the process of restoring the painting and we can’t wait to see what we find.’