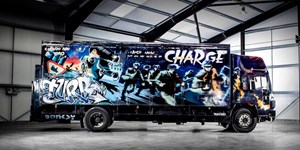 A 17-ton truck, covered in graffiti by the artist Banksy, will be offered by Bonhams on Saturday 14 September, at its motor car auction, the Goodwood Revival sale. The vehicle (a Volvo FL6 box lorry), entitled Turbo Zone Truck (Laugh Now But One Day We'll Be in Charge), from 2000, is the largest-ever work created by Banksy, with a painted surface area of 80 square metres. 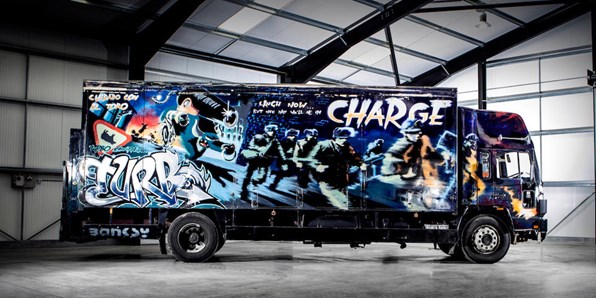 Banksy, Turbo Zone Truck (Laugh Now But One Day We'll Be In Charge), 2000, courtesy for Bonhams

The History of the Truck

Banksy was at an open-air party on a Spanish hillside to celebrate the millennium, when he was presented with the Volvo FL6 by Mojo, the co-founder of Turbozone International Circus, a touring company known for its extravagant pyrotechnics. Banksy – then an obscure graffiti artist – started on this 'blank canvas' during the party and continued to work on it for the following two weeks. The truck with Banksy's artwork then spent the next years travelling throughout Europe and as far away as South America as part of the transport for Turbozone's critically acclaimed Cinderella show. The piece is featured in Banksy's book, Wall and Piece, published by Century in 2006.

Banksy's Images on the Truck
Banksy did not become a worldwide household name until 2006, with his exhibition Barely Legal in Los Angeles. Therefore, Turbo Zone Truck (Laugh Now But One Day We'll Be in Charge) from 2000, is a fascinating record of how the artist's calls for anarchy and social change were already central to his work. The images on the truck show the silhouette of a male figure swinging a hammer towards metal cogs. The background depicts flying monkeys and red stars with the word 'circus' stencilled across the back end of the truck and the reverse side of the truck shows a group of soldiers running away from a cannon. The title of the piece is stencilled above the soldier's heads with 'charge' in large letters. 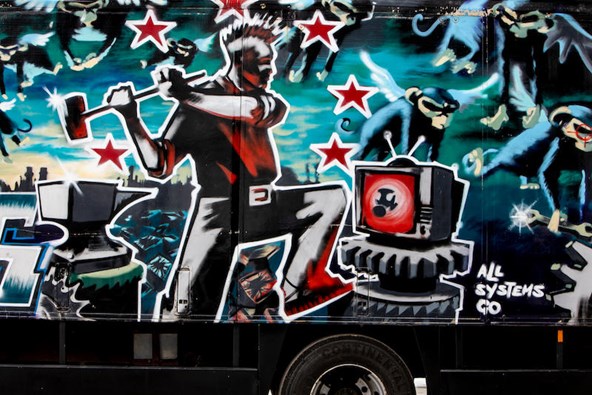 Banksy, Turbo Zone Truck (Laugh Now But One Day We'll Be In Charge), 2000, courtesy for Bonhams

The over-riding message is one of anarchy: 'It's us against them and we're going to win'. The cumulative result is a resounding statement, both a direct call to arms against the establishment and the transformation of a mundane service vehicle into extraordinary work of art.

Ralph Taylor, Bonhams Global Head of Post-War & Contemporary Art, said, "Banksy is arguably the most important artist to have emerged since the millennium and this, his largest commercial work, represents a new high watermark of quality for works of his to appear at auction. The composition bears all the hallmarks of this peerless agent provocateur. Bonhams is thrilled to have the opportunity to continue offering the best of his work at auction as we have done consistently for well over a decade."

The work will be offered at Bonhams motor car auction, the Goodwood Revival Sale, Goodwood, Chichester, Sussex on Saturday 14 September at 1pm. 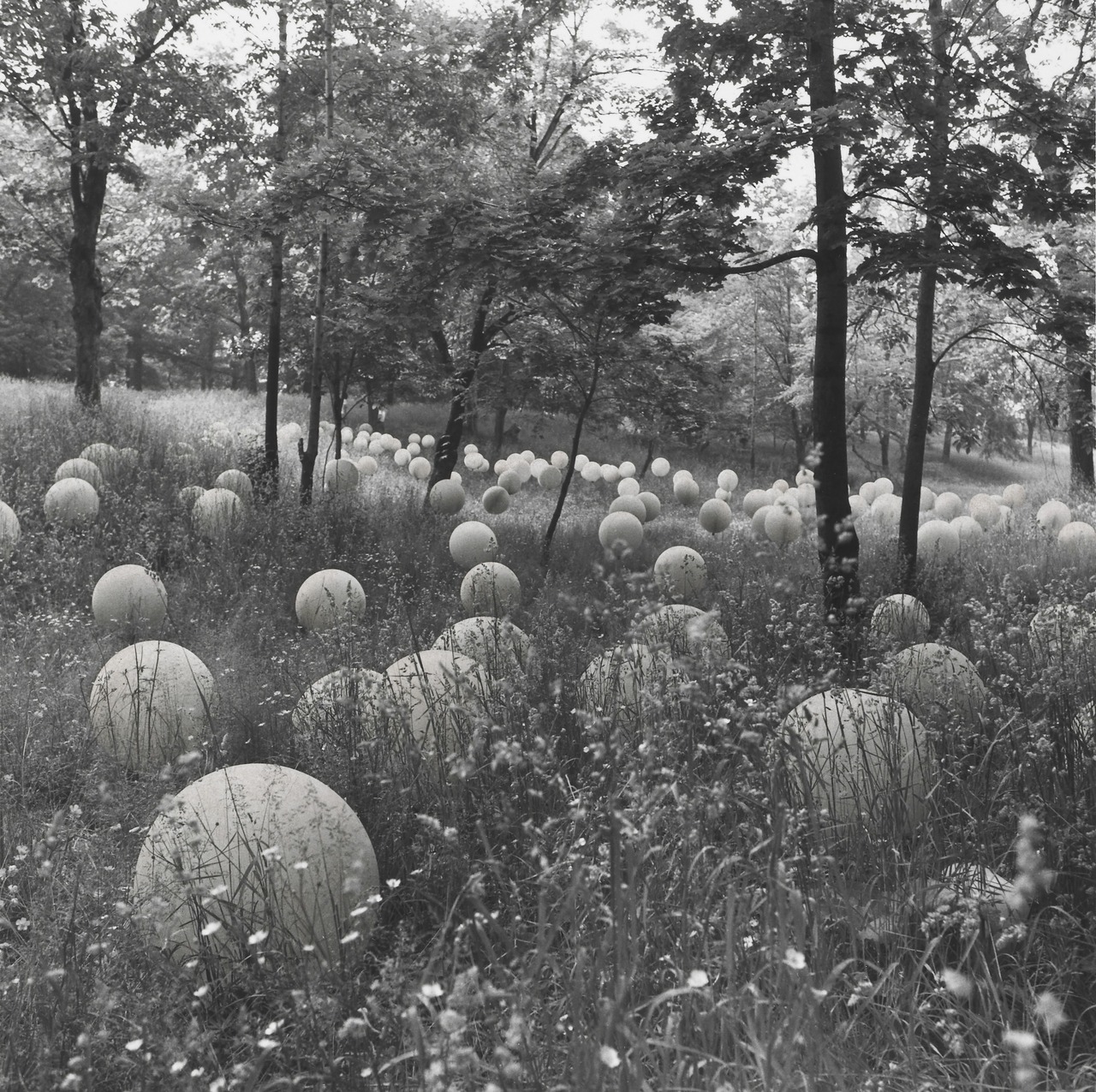