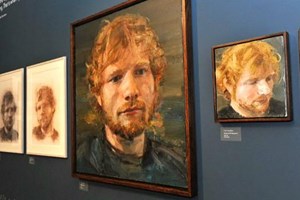 An exhibition documenting British singer-songwriter Ed Sheeran's rise to fame has opened near where he grew up in Suffolk, England, and showcases a vast array of items from oil paintings and childhood photos to school reports and a letter formalising his college drop-out.

An exhibition documenting British singer-songwriter Ed Sheeran's rise to fame has opened near where he grew up in Suffolk, England.

The 'Ed Sheeran Made in Suffolk' exhibition in Ipswich showcases a vast array of items from oil paintings and childhood photos to school reports and a letter formalising his college drop-out. 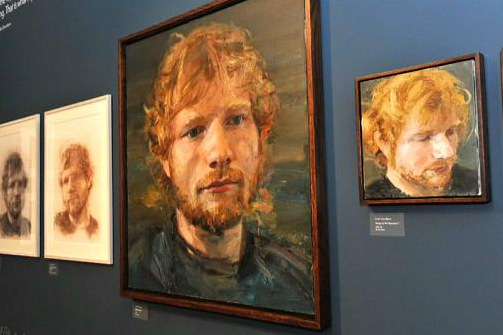 A music academy report is also included, which reveals the global superstar failed music and was given six F grades.

Items include a one-of-a-kind puppet constructed for the music video 'Sing' and artefacts unseen by the public, which offers a glimpse into the key milestones of the singer's journey.

The gallery also has a larger-than-life oil portrait of Ed Sheeran by artist Colin Davidson, who is known for his large-scale drawings, encapsulating the singer-songwriter in a range of different moods and expressions.

The world-famous musician will finish his worldwide 'Divide' tour on home turf with four shows at Chantry Park, Ipswich.

Sheeran started his career busking around England and has now sold more than 150 million records worldwide. He was named the world's best-selling artist of 2017.