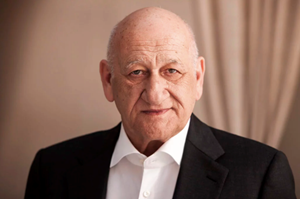 Israeli art dealer Ithak Zarug was acquitted on March 15, 2018. Zarug has been detained in Germany for more than 3 years amidst allegations that he was the mastermind behind the sale of 18 fake Russian works of avant-garde art.

Artnet.com have reported that Israeli art dealer Ithak Zarug was acquitted on March 15, 2018. Zarug has been detained in Germany for more than 3 years amidst allegations that he was the mastermind behind the sale of 18 fake Russian works of avant-garde art.

Artnet report that Zarug was found guilty of lesser charges relating to the fabrication of 4 of the artworks. He will not serve any further time behind bars. Investigators have spent 5 years investigating the forgery claims but were unable to produce sufficient evidence to prove beyond doubt that the artworks were fakes.

Zarug was originally arrested alongside his business partner Moez Ben H. in June 2013. Police in Germany had conducted a nation-wide search and raid of several premises, which had given rise to more than 1,000 suspected forgeries. In February Moez Ben H. was sentenced to 3.5 years. He admitted to fabricating details around the origins of the artworks and had his sentence commuted thanks to time already spend in investigatory detention.

Zarug owned and managed the SMZ Gallery in Wiesbaden, and it was believed that the forged paintings had been created in Israel and sold through the gallery, racking up damages of more than €10m.

“Reason and justice have prevailed,” said Zarug in an official statement, “my pictures can at last be enjoyed without suspicion or concern. I am pleased that the allegations against me and against my pictures have been proven to be unfounded.”

The forged canvases were purported to be works of art from Russian avant-garde painters including Wassily Kandinsky, Natialia Goncharova, Kazimir Malevich and Alexej von Jawlensky.