In Search of Leonardo 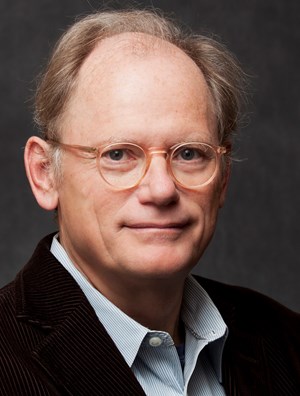 Jean-Pierre Isbouts - one of National Geographic’s best-selling authors- has been studying and following Leonardo da Vinci’s paper trail for 40 years. He’s written about the Italian’s career and legacy, the identity of the Mona Lisa, and the secrets behind his Last Supper. Some of Isbouts findings defy our most common conceptions of the da Vinci’s life and work.

Jean-Pierre Isbouts - one of National Geographic’s best-selling authors- has been studying and following Leonardo da Vinci’s paper trail for 40 years. He’s written about the Italian’s career and legacy, the identity of the Mona Lisa, and the secrets behind his Last Supper. Some of Isbouts findings defy our most common conceptions of the da Vinci’s life and work.

As part of our magazine’s commemoration of Leonardo’s 500th anniversary, and in light of Isbouts upcoming TV special The Search for the Mona Lisa and his new book The da Vinci Legacy (Apollo, 2019), ArtDependence sat down with the writer to talk about how his new discoveries shed a different light on our image of the Italian artist. 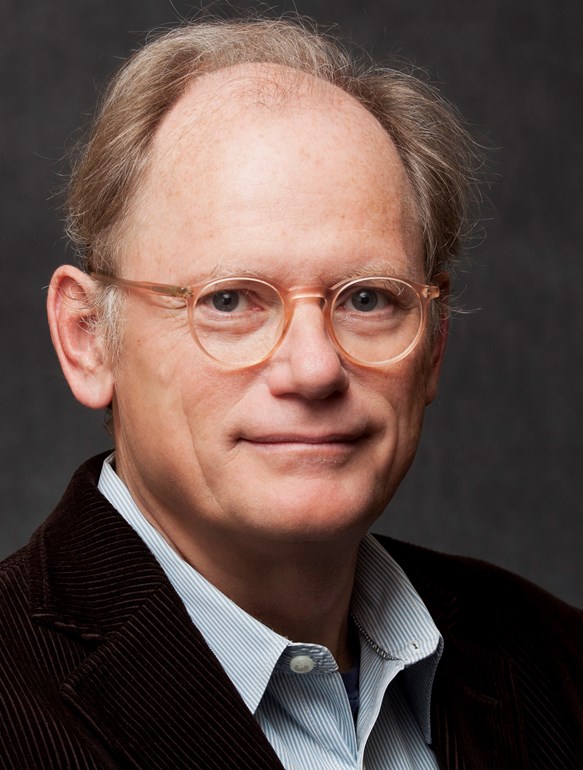 To tell our readers as much as possible about our deep conversation with Isbouts, we divided the interview in three. The first part focuses on Isbouts revelations about da Vinci’s life, legacy, and rise to fame.

From Cellophane Man to Pop Icon

ArtDependence (AD): Because Leonardo da Vinci is probably the world’s most famous artist and his Mona Lisa(1503) the most recognizable artwork, we tend to believe it’s always been so. Yet your research tells a different story.

Jean-Pierre Isbouts (JPI): Yes, in the 1500’s Leonardo was all but forgotten. His last years in Italy were spent in Rome at the papal court of Leo the X -a Medici-, but he was completely ignored. Rafael and Michelangelo were the celebrity artists getting the big commissions: the Sistine Chapel and the Vatican’s apartments. Leonardo was left to do little gimmicks. He was considered an eccentric representative of the old style of quattrocentoart.

Leonardo left Italy and died relatively unknown in a small mansion in Amboise, close to the French king who served as his patron. That’s where the story should have ended.

JPI:Because of a variety of factors. A pivotal one was the development of copper engravings, the first mass medium. It was quickly discovered that engravings -created on copper plates with a very sharp needle- had limitations because of their linear form. Da Vinci’s Last Supper (1495-1498) is uniquely suited for line art because its monumental, the figures are huge, and the background simple. It enjoyed wide distribution.

Another reason is Leonardo was used as a tool of political propaganda times throughout history:

The first was during the XVI century when Anonimo Gaddiano and Giorgio Vasari put out fake news. According to them, out of the goodness of the Medici Leonardo was sent as a goodwill ambassador to Milan.

That story is absolute nonsense. Leonardo was cold shouldered by the Medici. Lorenzo di Medici never gave him a commission. Why? A) Because he was unlettered. Lorenzo considered himself the leading intellectual of the day and if you were unlettered and didn’t understand Latin, you weren’t part of his circle. B) Because Leonardo was caught supposedly having an affair with a 17-year-old boy. Homosexuality was tolerated as long as you were discreet about it, but if you were denounced the authorities had to take action. Long story short, he was ultimately acquitted but that sealed his fate with the Medici.

The real reason Leonardo left Florence was because he was ostracized.

AD: Why did Gaddiano and Vasari make up a different story?

JPI: Because in the XVI century they were employed by the Medici as the family came back to Florence, deposed the democratic government, and installed an autocratic regime. This was not well received by the population, so Cosimo I launched a propaganda campaign to persuade the Florentine that the Medici were great people, supporters of the arts and of Leonardo.

Fast-forward to the XIX century. Napoleon Bonaparte was toppled after the battle of Waterloo, and the European powers decided to put the most hated man in France on the throne: Louis XVIII, a Bourbon king. To get people’s acceptance they did the same thing and used Leonardo to show what a compassionate dynasty the French Bourbons were. They were worthy of returning and continuing to spread and protect the the glory of France.

They came up with the idea that Leonardo -this frail, foreign artist- died in the arms of king Francis I. French artists -even major ones like (Jean August Dominic) Ingres- painted the topic, and prints were made with this motif and published several times. But, again, the story is completely false. We know for a fact when Leonardo died in Clos-Lucé palace Francis I was far away signing a treaty.

AD: And the third time?

JPI: The capstone is the Salvador Mundi. Here’s the irony: a Saudi prince, in a country that doesn’t tolerate Christianity, buys a portrait of Christ for half a billion dollars. Why? For the glory of the Saudi regime. Of course, it will ultimately to be sent on loan to the Louvre Abu Dhabi.

Time and again we find Leonardo’s memory being exploited for purely political reasons. This played a major role in staging his mystique.

AD: Why the mystery surrounding Leonardo?

JPI: He was a recluse, an enigmatic figure, and died in a foreign land. He did very few works, and the two he was known for during his lifetime - the Last Supper and the Battle of Anghiari (1504-1505) - started to deteriorate very quickly so nobody really knew what he had done. By the second half of the XVI century there weren’t any paintings on public display that could tell the great inventions Leonardo brought to the genre.

AD: What did he bring to the genre?

JPI: During the XV century paintings become governed by this straitjacket of linear perspective. As a result, the dynamic feel of the figure itself, the human emotion and the freedom of movement -which ere the hallmarks of the gothic era- are suppressed. The painted figures become chess pieces on a chess board of linear perspective. They lose their humanity.

Leonardo rebels against this. He wants to go back to discovering the human psyche. He’s interested in discovering the movement of the soul. If you look at Lady with an Ermine (1489-1490), for example, you see that. What’s going on in this woman’s mind as she absentmindedly strokes the ermine and then looks out of the picture as if something has caught her eye. A very spontaneous move. This is a unique way of capturing a human being that nobody else had done up to that point. He captures the sitter’s soul. 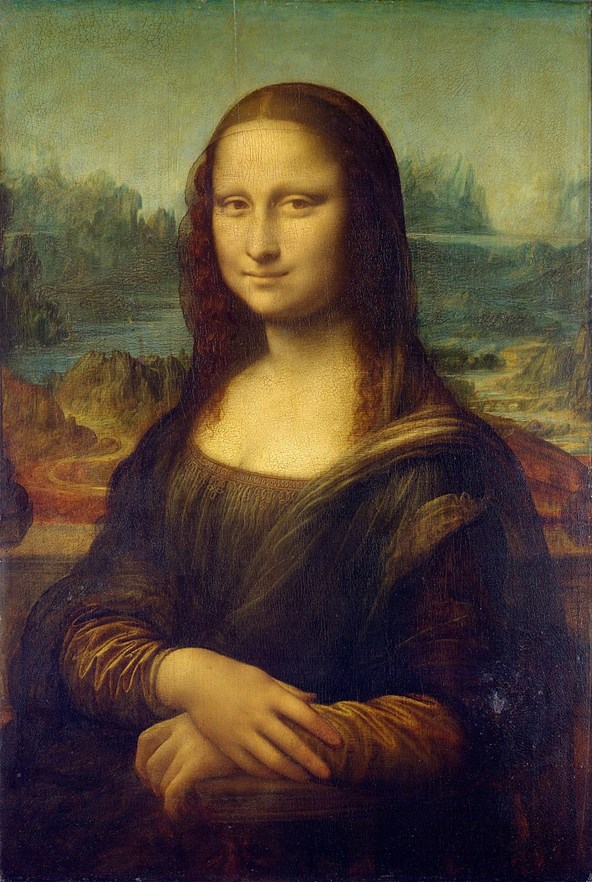 AD: What else did he innovate in?

JPI: Leonardo recognized linear perspective ossified compositions, so he looked for another way to create the illusion of space. He came up with the concept of optical perspective. In his Last Supper, for example, the background you see through the window is blueish, grayish tinted. The reason is the eye perceives things in the distance progressively with the use of blue and grey. The further distant you are the more intervening air is between you and the object and the hazier it gets.

This was not entirely Leonardo’s invention. It came from north European painters, but da Vinci adopted and used it in a unique way. He painted different layers of color to create optical depth.

AD: Could you give us one last example of a major change he brought on?

JPI: The monumentality of the figures. Leonardo put the emphasis back on the person and the face. When you look at his Last Supperit’s not only shocking because of the treatment of the scene. We’re seeing these guys more than life size. No one had ever done that. The figures themselves control the space.

The same happens in the Mona Lisa. It’s all about the woman, everything else is secondary. From that moment on all portraits of the Baroque follow the Mona Lisa’s example.

Leonardo’s changes were highly copied, but without attribution. Copyrights didn’t exist back then.