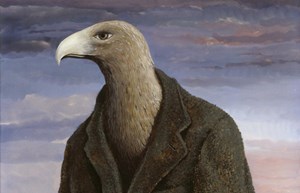 The Musée d’Orsay and Musée de l’Orangerie have organised an exhibition of René Magritte’s "Renoir Period", which extended from 1943 until 1947. The first exhibition to show a still largely unknown chapter of Magritte’s work in its entirety, it compares Magritte’s works with those of Auguste Renoir, who inspired him.

The Musée d’Orsay and Musée de l’Orangerie have organised an exhibition of René Magritte’s "Renoir Period", which extended from 1943 until 1947.

The first exhibition to show a still largely unknown chapter of Magritte’s work in its entirety, it compares Magritte’s works with those of Auguste Renoir, who inspired him.

Convinced that the defeat of the German troops at Stalingrad heralded the final defeat of Nazi Germany and the approaching end of the world conflict, Magritte saw himself as a prophet of happiness and of the return of peace: "…the bright side of life would be the area that I would explore. By this I mean all the traditional array of delightful things: women, birds, flowers, trees and an atmosphere of happiness. […] a quite powerful charm has now replaced the disquieting poetry I used to strive for in my paintings' Magritte wrote to Paul Éluard in 1941. 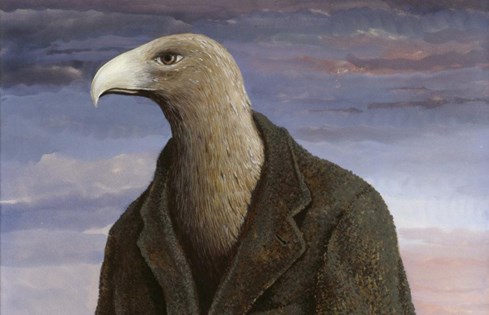 Magritte would remain faithful to this "solar" style until 1947, and would produce around fifty paintings as well as gouaches and a considerable number of drawings – illustrating Sade, G. Bataille, Éluard and Lautréamont. Far from regarding this as a "passing phase", Magritte considered his "Renoir Period" important enough to make it the basis of a proposed in-depth reform of Surrealism. To this end, in October 1946, he sent André Breton his manifesto "Surrealism in Full Sunlight[T1] ". André Breton’s outright rejection of this programme for the renewal of Surrealism, led Magritte to "liquidate" the “Renoir Period” in a provocative and cynical, garishly exuberant outburst, which, in 1948, took the form of his  “Période Vache”.

The exhibition brings together around sixty paintings and forty drawings. It begins with several works from the end of the 1930s in which Magritte expresses the imminent outbreak of war and disaster. Magritte’s paintings from the "Renoir Period" are set alongside Renoir’s masterpieces, contemporary paintings by Picabia and other works, notably by Jeff Koons, giving an idea of the influence of these little-known works.