MOCA Board of Trustees Appoints Klaus Biesenbach as Next Director 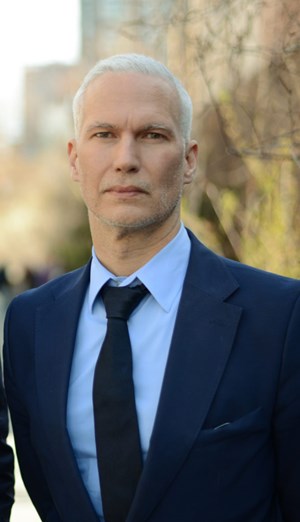 Following a wide-ranging international search, the Board of Trustees of The Museum of Contemporary Art, Los Angeles, yesterday voted to appoint the internationally acclaimed museum director Klaus Biesenbach as MOCA’s next director.

Following a wide-ranging international search, the Board of Trustees of The Museum of Contemporary Art, Los Angeles, yesterday voted to appoint the internationally acclaimed museum director Klaus Biesenbach as MOCA’s next director.

A visionary museum leader, Biesenbach comes to MOCA from The Museum of Modern Art, New York, where he has served as director of MoMA PS1 and chief curator at large of MoMA since 2010. During his leadership at the institution, the former P.S. 1 Center for Contemporary Art was transformed into the thriving MoMA PS1, with Biesenbach becoming known for championing emerging artists throughout the New York area, advocating for programs that made PS1 a gathering place for popular, multidisciplinary, in-the-moment artmaking and discussion, and reaching far beyond the museum’s walls to engage communities that had never before thought they would be touched by contemporary art. During his tenure as director of MoMA PS1, the Board of Trustees was expanded from 11 to 30 members, and the budget more than doubled to accompany successful programmatic and institutional growth.

As director of MOCA, Biesenbach will assume executive leadership of one of the most important museums of contemporary art in the world, holding an extraordinary collection comprising more than 7,000 objects and a record of organizing international, diverse, ground-breaking, and scholarly exhibitions. MOCA is the only independent, artist-founded museum in Los Angeles dedicated solely to collecting and exhibiting contemporary art. In 2013, MOCA successfully completed an unprecedented endowment campaign to bring its endowment to over $100 million, and it now stands at over $130 million.

Klaus Biesenbach began his career in Berlin as founder of Kunst-Werke (KW) Institute for Contemporary Art (1990) and the Berlin Biennale (1996), the exhibition that confirmed Berlin’s international reputation as a leading city where artists live and work. He came to New York in 1995 to serve as curator at P.S. 1 Center for Contemporary Art (later MoMA PS 1). There, with Alanna Heiss, he created the Warm Up outdoor summer series of live and electronic music, which has been widely emulated by other museums around the world, co-founded the now-legendary Greater New York exhibition series, which showcases emerging talent from everywhere in the metropolitan region, and with former MoMA Associate Director Kathy Halbreich, established the popular, multidisciplinary Sunday Sessions, which are housed in the winter under a geodesic dome. In 2006, he was named chief curatorial advisor at PS1 and founding Chief Curator of MoMA’s newly formed Department of Media, which he broadened through performance workshops and acquisitions, and, in 2009, he became founding Chief Curator of the Department of Media and Performance Art. His performance workshop at MoMA, which brought together museum directors, curators, scholars, and artists, culminated in the acquisition of The Kiss by Tino Sehgal, the first completely immaterial work in MoMA’s collection, and the exhibitions of Tehching Hsieh and Marina Abramovic, which established performance art as one of the necessary disciplines in museums throughout the world. Biesenbach has pioneered the ongoing Rockaway! public arts festival in response to Hurricane Sandy, which has featured site-specific works by Janet Cardiff, Patti Smith, Katharina Grosse, and Yayoi Kusama, among others.